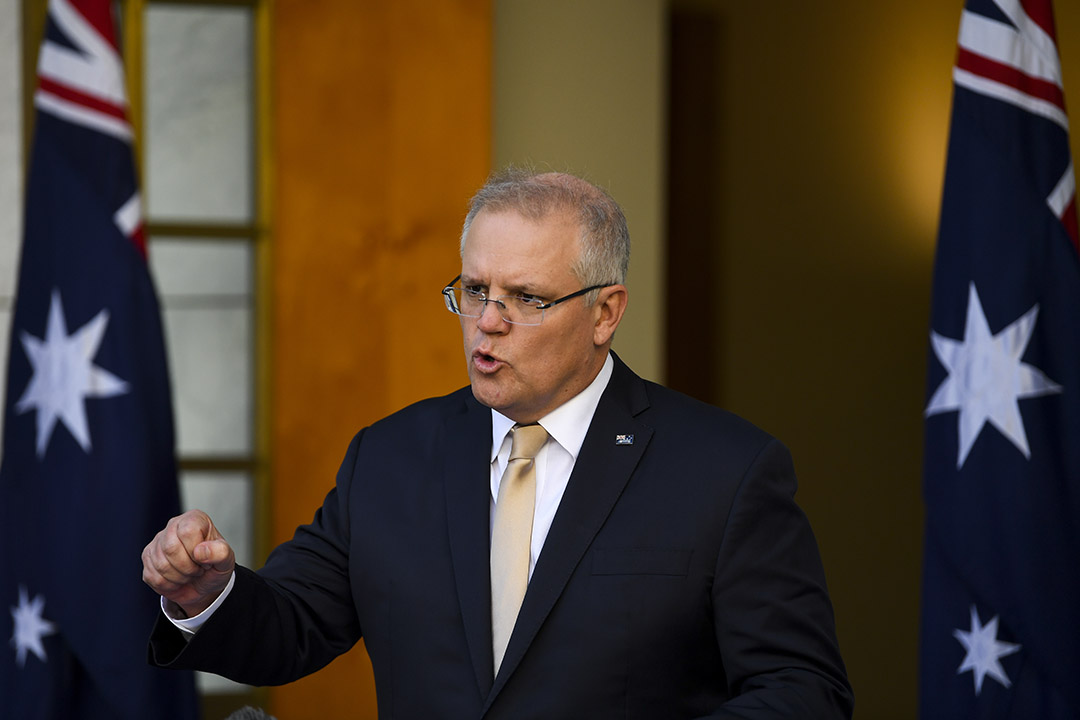 Economic gamechanger: ScoMo gets COVID-19 vaccine for all Aussies!

The news this morning that the Morrison Government has secured 25 million doses of a Coronavirus vaccine  (that could be here this year or next) is not only a lifesaving coup, it’s a job, business and economy-saving masterstroke.

And it might even make it easier for the Government to pay the pension rise it’s holding back in September!

But don’t go calling ScoMo, Scroogo, for holding back the pension rise. This is a rise that’s linked to the inflation rate and the last reading saw the CPI drop 0.3%, which was the largest quarterly fall in the 72-year history of inflation-keeping records!

In a really nasty economic world, a pensioner would lose a bit of the pension when inflation turns into deflation. But no politician would try that stunt. So you don’t have to be Ross Gittins, Craig James or me to work out that if we can get the economy operating near-normally again with at least free travel within Australia for all of us, with no closed borders or state economies, then we’d get inflation. And pension rises could easily be paid.

That’s the critical role played by a vaccine.

Yesterday I interviewed one of Australia’s foremost medical experts on pandemics, Professor Peter Doherty (for my Peter Switzer Show podcast out tonight). Like all Melburnians, while locked up in his home, Peter gave us his insights on what’s happening and how we might eventually beat this damn virus.

And being the author of the 2013 book, Pandemics: What everyone needs to know”, he does have insights.

Peter is a Nobel Prize winner and heads up The Peter Doherty Institute for Infection and Immunity.

As I compared the second-wave experiences of Victoria to New South Wales and asked him how we’ll get back to normal, the penny dropped that it all gets back to a vaccine. Without it, we’ll be hunting down and trying to contain this virus, like Gladys and her team are doing in the country’s biggest state. This will mean Tassie, SA, WA, the NT and Queensland will keep their borders shut!

A vaccine isn’t just a life saver. It will be an economic saviour and will permit normal things like pension increases.

We need a normal economy, with inflation, to give pension increases, to open up borders, resuscitate struggling businesses, reinstate jobs and get the country off the COVID-19 welfare drip.

The Morrison Government has struck an agreement with the UK drug company AstraZeneca to access 25 million doses of its Covid-19 vaccine. This drug was developed in concert with Oxford University and our local company, CSL, has been recruited to make it for us here.

The good news is that the vaccine will be free and the US-owned Becton Dickinson will provide 100 million syringes and needles too.

And that’s not our only iron in the fire. The University of Queensland, alongside CSL, is working on a vaccine as well..

These are extraordinary times we live in and I’m staggered that critics are bagging those countries that have secured vaccines for their own people. I think it’s understandable that the Australian PM puts his people first. There’s been a race to lock in the vaccine, with the Poms and the Yanks having already locked in their supply. For those who think ScoMo shouldn’t put Australia first, the AFR todays says that he’s also trying to help our Pacific neighbours get the vaccine. It would be interesting to hear your thoughts on this.