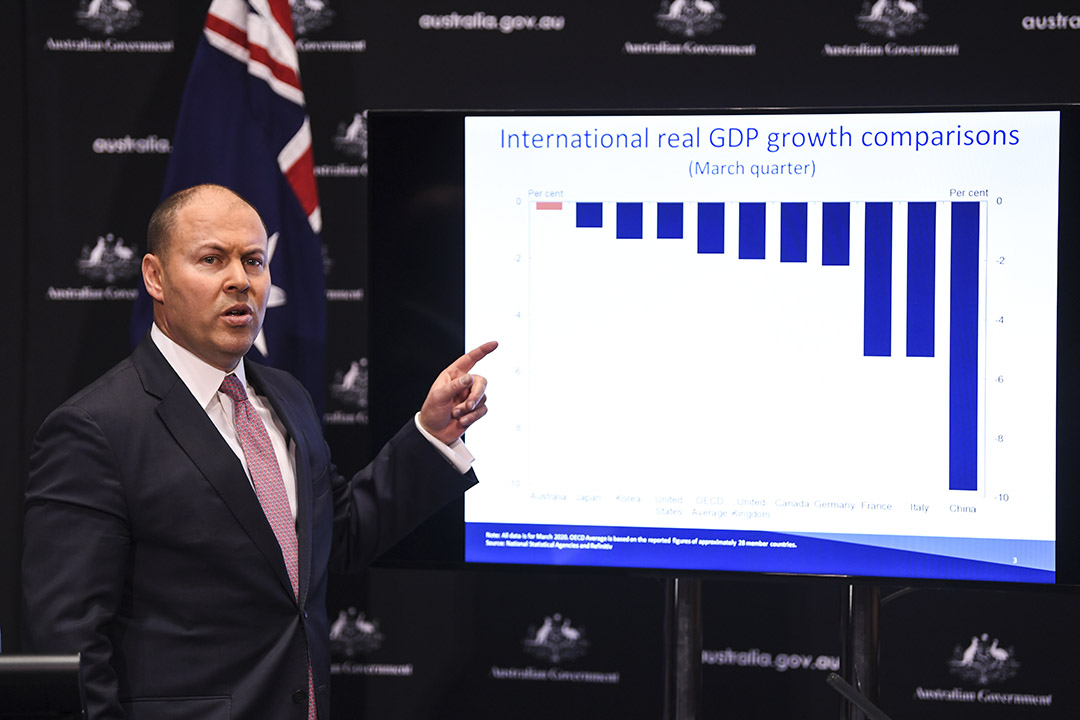 The nation will be taking a deep breath today as we’re forced to see some scary numbers that will be compared to scarier times of this country’s life, such as World War II, when Japan bombed Darwin, fought a sea battle on the Coral Sea that laps Townsville and sent a submarine into Sydney Harbour! (When that happened my Mum and Nan hid under the kitchen table! Scarier times, indeed.)

These numbers that Josh Frydenberg will highlight today in his budget update statement will be big and the media will use them to shock the living daylights out of you, just as I did in the 1980s when our foreign debt for the first time was so bad that our dollar dipped below 50 US cents.

It was fair to shock my readers in The Daily Telegraph because it made the country accept some of the hard reforms Bob Hawke, Paul Keating, John Howard and Peter Costello imposed on us to help us then grow for 29 years without a recession. That was tough medicine that set us up to grow like no country has before — recession-less for 29 years!

And while I’ll summarise the numbers for you (thanks to the AFR), let me throw in this fact: our dollar rose overnight to 71.44 US cents. That says that while we might be statistically shocked today, overseas investors think we’re a pretty safe place to put their billions of foreign currency.

It’s like the old story of a guy who has a bad leg and is in hospital. When the doctors visits him, he asks: “What’s my prognosis, Doc?” The doctor replies: “Well, I have good news and bad news.” To that the patient says: “Give me the bad news first.” So the doctor says: “The bad news is that we have to amputate your leg.” And the good news, Doc? “The good news is the patient next to you wants to buy your slippers!”

Australia lived through an economic nightmare of sorts in the 1980s with both high inflation and unemployment, until Labor got the unions onside with the Accord and instigated tax reform, deregulation of key industries and reduced excessive trade protection. This was tough medicine to deal with the foreign debt, inflation, unemployment and economic growth problems.

But the good news was that we grew for 29 years without a recession! This historical fact should be welded on to your mental hard disc. It tells you that Australia is a comeback king when it comes to staring down economic challenges.

One aspect of the tough medicine that will be headlined in today’s statement will be the following changes to JobKeeper:

To the big scary news you will hear today, these are the ones I think need to have some perspective:

One day we might find alternatives to big bad dirty miners but we need them to help pay off this rescue programme. In April last year, the AFR told us that, “...an additional $15 billion of revenue has been made available from taxes on strong mining company profits.”

My bottom line conclusion is: don’t worry, we will get on top of these budget woes, just as we did after WWII. Spectacular growth will eventually make a lot of these scary numbers less scary.

In the movie The Bridge of Spies with Tom Hanks, a spy was going to be sent home to Russia after failing his assignment and was asked why he wasn’t worried. He replied: “Would it help?”

Worrying won’t help us but getting on with doing what we do as well as we can, will help!