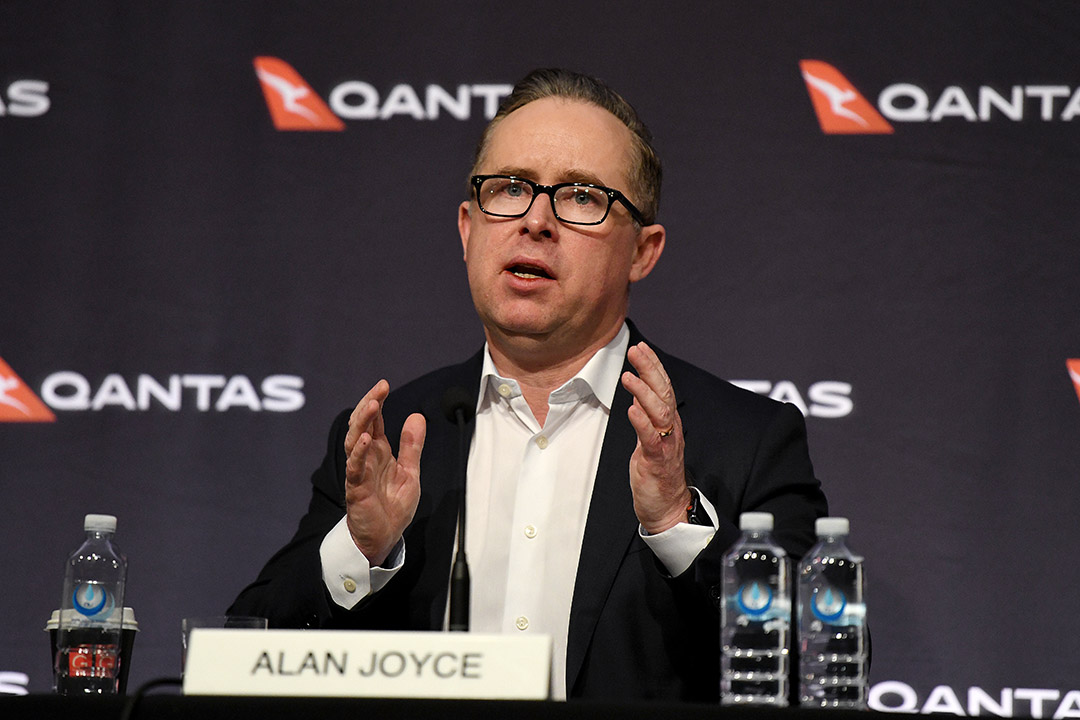 Does the Qantas plight say our economy’s heading for a crash landing?

The Qantas shock sackings, rising Coronavirus infections worldwide, Joe Biden looking a chance to beat Donald Trump in the November US election and all the economic implications of these worrying developments knocked our stock market for a six on Thursday. So should investors, and especially new stock market players, be mindful that a market pullback is on the cards?

On Monday’s Switzer TV Investing programme we looked at market charts that said our S&P/ASX 200 was likely to go sideways or pullback because there have been some nice rises since the stock market bottomed on March 23. Those who have gone long stocks must be able to endure a sell off and be long-term patient for the pay off, or they should think about whether playing stocks is for them.

On the Coronavirus and rising infections in the US, the Dow ignored it overnight rising nearly 300 points after regulations on banks were rolled back. Governments and central banks are doing their best to get the economic show back on the road. That’s why stocks have kept rising. But that infection story remains a potential wealth-killing threat, though just imagine how much stocks would rebound if a successful treatment or vaccine showed up before the year’s end?

That’s the gamble for anyone game enough to go long stocks. But how will the Government punt on JobKeeper extensions for the airline industry?

And what does a key business like Qantas say about our economy going forward?

Yesterday we learnt 6,000 workers were sacked. It wasn’t their fault, nor can you blame the company and the CEO, Alan Joyce, unless you want to look at this story with a very left-wing, profits don’t matter lens.

Unfortunately, Qantas is not government-owned anymore and Joyce is assessed on what he does for the owners of the business — shareholders, which include ordinary, investing Aussies and super funds.

Looking at Joyce’s story of what he thinks lies ahead for the airline has seen the ScoMo team start working on a rescue package of sorts for the industry that includes Virgin, who’ll find out who owns it early next week.

It looks like the Treasurer, Josh Frydenberg and we taxpayers will be making the new owners of Virgin a tad more happier that they decided to fly into the Aussie airline business. There’s few things a foreign company can like hearing more than government assistance.

The Qantas revelation jolted the stock market with:

What can the Government do?

That’s up to the Treasurer’s and the PM’s teams to work out economically and politically, but this is a special industry that should see the JobKeeper programme extended for its workers. Lots of employees in industries where there is a perceivable path back to normalcy will go from the JobKeeper payment to the JobSeeker alternative, which will be a lesser payment.

However, vulnerable industries like airlines and other foreign tourist businesses will need to have JobKeeper support beyond the September deadline.

Alan Joyce thinks we won’t be back to overseas travelling until mid-2021 and then it’s hard to imagine it to be back to normal, though you’d hope so.

This industry-specific story gives us a glimpse of what is bound to happen sooner or later. Think about the businesses in the International departure areas of airports, which will be struggling for maybe a year, while the domestic departure areas of the airport will be packed with locals travelling to the Gold Coast, Sunshine Coast, Cairns, Perth and other holiday destinations.

And intrepid Aussie overseas travellers will be spending money at home so local retail will get a windfall injection of demand that used to leak into the tills of the shops, hotels and bars in Paris, Rome, London and New York.

Our best hope is that we don’t get too offside with China and our supply of resources, milk products and other services, excluding the valuable tourism services, give credence to the IMF’s and Moody’s forecasts that we will do well, economic growth-wise, compared to most other economies.

As an investor, I see two important curve balls that I have to play. The first is how bad will the second-wave infections be and how will governments deal with it. Will they be measured or aggressive, with the latter approach being bad for the economy and stock prices and vice versa.

Second, how astute will the Government’s handling of providing the right stimulus to the right industries at the right point in time.

That’s the challenge for Treasurer Josh Frydenberg. In a year’s time when his work is assessed, what he decides to do will make or break his reputation. For the sake of jobs and non-crashing economies and stock markets, I hope he’s eventually hailed as a genius!

That’s what I wished for Labor’s Wayne Swan when he was in the same position in 2008. And history showed he pulled it off better than a lot of economists expected. It’s another argument for being optimistic!