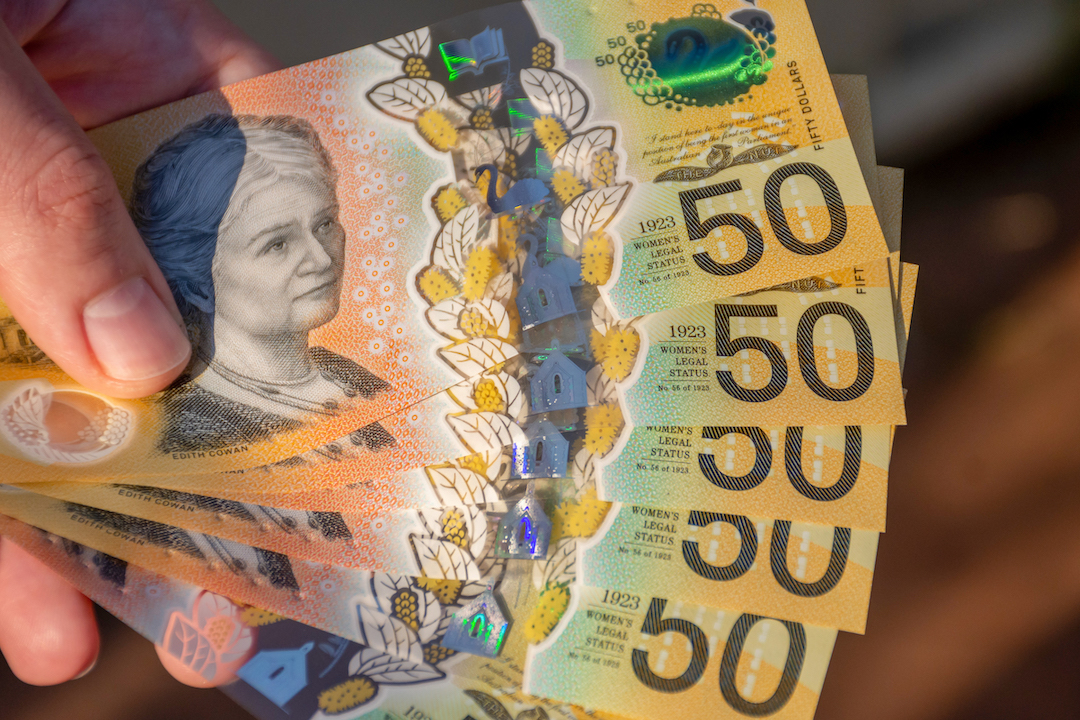 Do you want a wage rise or an increase in your super?

Three in four Australians support compulsory super going from 9.5% now to 12% by 2025 but the survey doesn’t say that the respondents want it to start happening when it was scheduled to, that is, next July. That will make Treasurer Josh Frydenberg happy and also young people trying to get a home loan while interest rates are screaming “come borrow and buy a home!”

I’ll be upfront. I’m a great believer in super. The more you can get in as early as possible, the richer you’ll be in retirement. In my book Join the Rich Club, I show how someone between the ages of 21 and 30 saving an extra $2,000 a year in superannuation, would have around half a million extra in super by retirement. And they’d have over $1 million extra if they kept saving that extra $2,000 until they give up work forever.

This is how it works. Let’s say that extra money put into super produces an average annual every year. But add to that the magic of compound interest, which is like a snowball effect where interest just grows on interest, produces this massive result (and one hell of a wealthy retiree) down the track. But young people don’t live just to be rich in retirement. There are homes to buy, education to get, kids to school and holidays to have that make up a pretty good life and losing 12% of your pay to super makes everything but super really hard to make happen.

The Superannuation Guarantee is currently 9.5% and should be lifted to 10% by July next year. But the Treasurer wants to delay this rise especially with 2021 meant to be the economic recovery year. And people saving more for their retirement decades down the track won’t help the economy and jobs next year.

Labor wants the rise to go ahead. So it’s a political “hot potato”. But the Opposition leader, Anthony Albanese would have the industry super fund sector, which is driven by the trade union movement, in his ear, telling him that this is a fight worth having.

On a long-term basis, it is. But on a short-term basis, it’s not. And this is a real test for Albo to show us what kind of Labor leader he could be.

The success of Bob Hawke and Paul Keating that kept Labor in power from 1983 to 1996 was their ability to be pro-business at times to effectively be pro-jobs. These guys worked with the ACTU to get better economic outcomes for Australia. By being rational and sensible when it came to ditching the usual policies of ‘old’ Labor, it meant that the Coalition in Opposition actually supported many of its initiatives.

Albo has to work out if he wants to be old Labor (i.e. pre-Hawke) or new Labor, which in recent times looked more like old Labor! Kevin Rudd, Julia Gillard and Bill Shorten sounded like new Labor but their policies were often anti-business and therefore were more old Labor.

If someone’s in their high 40s and their kids aren’t draining their bank account, then we tell our financial planning clients to bump up their super and try and pay off their home loan more quickly.

However, young people need money if they want to get a loan and more super will KO or slow up wage rises and won’t make a bank say ‘yes’ on a loan application.

If there’s a super rise in July with the JobKeeper payments cutting out in March, only an economic nincompoop would want to take money away from Aussie consumers to build up their super in 2021 — one year after the Coronavirus crash/recession of 2020.

In the Herald Sun today, AMP chief economist Shane Oliver agreed with me, saying increases to compulsory super could mean “lower wages growth or a continuation of no wages growth for some. We used to see wages growth at about 4.5 per cent, but in recent years it’s down around two per cent, which would mean some people may be getting nothing or wage cuts,” he said. “There’s an argument if a company looks at its total wage cost and has to increase their total labour costs, if they are mandated to increase superannuation then they have less over to increase wages.”

You can see why Josh doesn’t want to do a super increase in 2021. And Albo should show us his Hawke and Keating colours and say he agrees that the super increase should be delayed until the economy has beaten the negative economic effects of the Coronavirus.

By the way, the Paul Keating of today supports the raising of the super levy but that’s an ‘old Keating’ in retirement. The ‘old Keating’ when he was young and Treasurer in the 1980s would have scoffed at the “dopes” who wanted to rob the economy of demand after the place has been locked down and thrown into recession.

If you don’t know what Keating was like in his prime, let me show you. This was his insult to Wilson Tuckey one day in Parliament: “'Stupid, foul-mouthed grub' who's 'flat out counting'.

And to another a Coalition enemy: “Could not operate a tart shop!”

Those were the days when politics was really interesting!