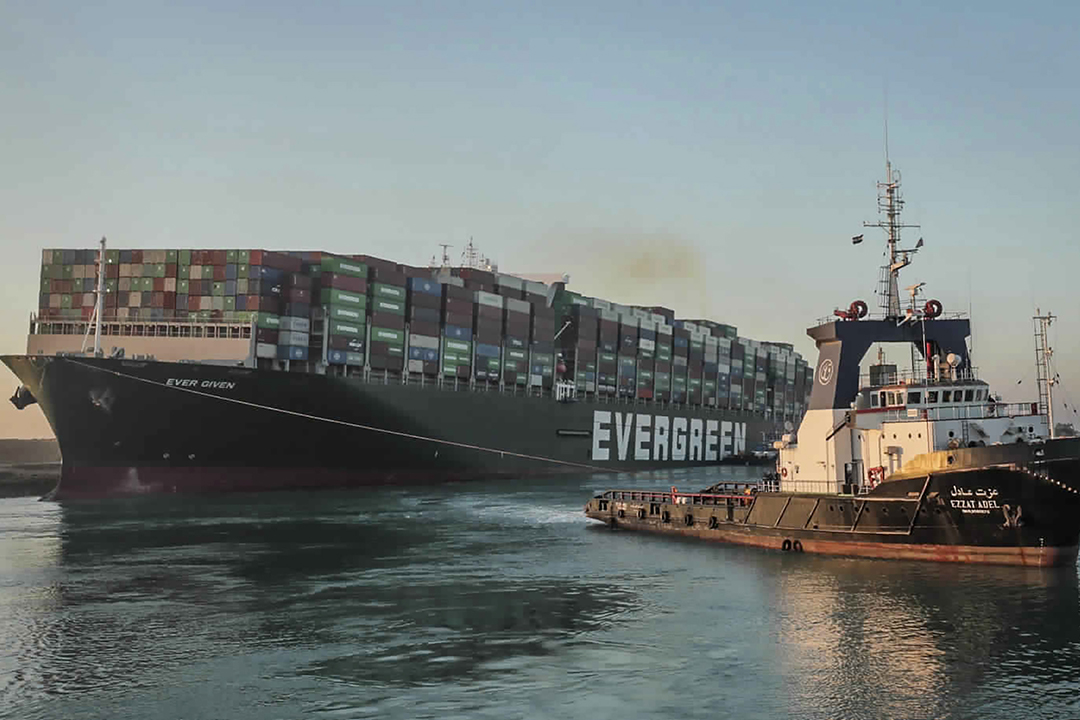 The ship, the Ever Given, is now free and floating so $9 billion worth of global trade is now free to resume. But what are the consequences of this disruption to world supply chains, with the Coronavirus already playing havoc with products that countries source overseas?

Writing for apnews.com, Alex Veiga has tried to assess the potential economic effect of this blockage of a waterway through Egypt that carries 10% of global trade, 7% of world’s supply of oil and 30% of the planet’s daily shipping container freight!

“Economists say the Ever Given’s disruption of shipping through the Suez Canal probably won’t have an impact on global trade for more than a few weeks, and is unlikely to derail global growth this year as more people around the world get COVID-19 vaccines and economies reopen,” he revealed.

What this is saying is that the negatives from this short-term curve ball for global supply of exports, crucial to the production processes of all economies, will be offset by the impact of vaccines and how these will help the reopening of economies and businesses. This will power economic growth such that it will more than easily offset the short-term negatives of this Suez crisis.

That said, the effect of this dislocation has pushed up costs for shipping businesses and this will jack up freight costs.

“Shipping prices are going up,” said Gary Hufbauer, from the Peterson Institute for International Economics. “That will tighten up supply lines and mean shortages at the consumer level, and it will also mean somewhat higher prices for oil.”

At a more personal level, anyone buying TVs, electrical goods, furniture, clothes, auto parts and so on that are imported should get ready for being told: “You will have to wait.”

Ironically, Australia will be less affected compared to Europe. Products we source from the Middle East, such as oil and goods from Asia, will not be directly affected by the blockage but there could be an availability problem with ships that have been held up waiting outside the entrance to the Canal in the Mediterranean and the other end in the Red Sea.

So it looks like the long-term effects of this Canal crisis will be manageable, but it has underlined how vulnerable we are to a supply chain based on imports in a world where businesses no longer rely on holding many stocks.

Businesses now use a ‘just in time’ method, which relies on boats showing up on time and economies not being closed down to deal with things like the Coronavirus.

Interestingly, it makes Labor’s idea of resuscitating car manufacturing here pretty interesting. The upcoming Labor national conference will hear about the plan and lots of Aussies will like that idea.

Labor was talking about bringing back car-making to our shores in 2019, when Bill Shorten (before the election he was expected to win) said he’d put up tens of millions of dollars to the world's automotive giants to resurrect the Australian car industry. The focus was especially on the manufacturing of electric and hydrogen-powered cars.

In early February, in a story headlined: “The question Ed Husic wants answered: Why can’t Australia make electric cars?” the AFR’s James Massola told us that Labor’s  shadow industry and innovation minister, Ed Husic, couldn’t get Elon Musk’s car story out of his head. “Labor’s innovation spokesman Ed Husic has been asking himself the same question for five years, since he first visited Tesla’s California factory in 2016: why can’t Australia build an electric car?”

It’s the story of many great innovations that threats such as the Coronavirus and the Suez Canal crisis can often lead to ‘thinking outside the square’ and opportunities that would not have been seen unless there was a surprise kick in the pants.

I guess many dark clouds have surprise silver linings.