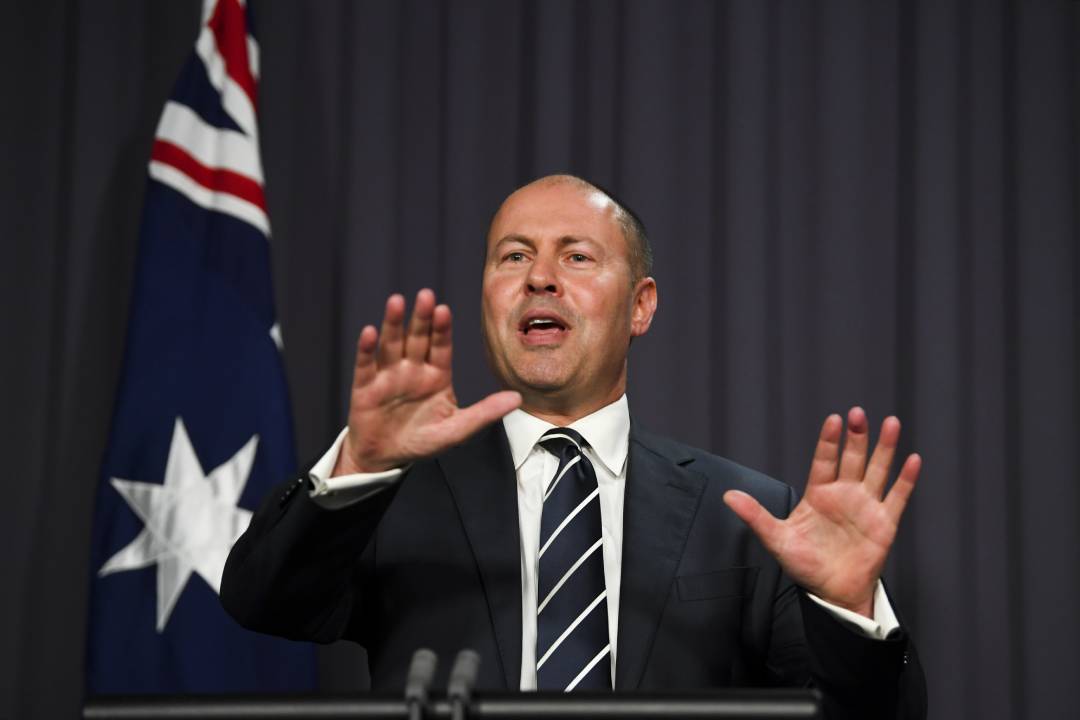 Could Josh Frydenberg save the PM’s bacon?

You know it’s an election year when the Government of the day is on board telling us that good times are coming, while the Opposition is reminding us about all the mistakes of the Prime Minister.

Left-leaning journos will remind us of Scott Morrison’s Hawaiian trip during the bushfire drama, the slow vaccination rollout, the rapid antigen drama and a whole lot more.

They might not remind us that the Morrison Government helped us dodge a Great Depression, which the stock market predicted in March 2020 with its 35% collapse in a matter of days! But I’m sure we’ll be reminded of the massive Budget Deficit that ScoMo has left us and that’s why Treasurer Josh Frydenberg could play a pivotal role in making or breaking the PM’s re-election dreams.

Josh Frydenberg is the Treasurer hailed as the architect of JobKeeper, and while he’s copped flak in some media quarters for not asking for the money back from businesses that looked in trouble but did OK or boomed, the innovative policy was seen as a winner by many of the recipients of the Canberra-delivered lifeline. Right now, the Treasurer is on the front foot telling us that more than 11 million workers will pocket almost $10bn in tax cuts in the first half of the year. Treasury analysis of the government’s income tax plan points to the big tax cuts, so Mr Frydenberg will use them to launch a pre-election scare campaign against Labor’s record in government.

The Australian’s Simon Benson says: “In an attempt to rerun the 2019 election campaign that exposed Labor’s high-taxing policy agenda, the Treasurer claimed the Rudd-Gillard Labor governments had unveiled more than $90 billion in tax increases from the 2008 to 2013 budgets.”

It’s a case of the sins of past Labor leaders will be rained upon the new leader, despite Anthony Albanese promising not to raise taxes if he’s elected PM.

This tax tirade against Albo comes as the PM’s recent mistakes are being accentuated in the media and as pre-election polls don’t look crash hot for him. Following the latest Newspoll in The Australian, in late December the Canberra Times reported the following: “At the 2022 election, Anthony Albanese would win 12 seats from the Liberals and secure a majority with more than 80 MPs in the House of Representatives, the latest Newspoll analysis shows.”

So it has to mean that Treasurer Frydenberg and the Government’s economic record has to be the trump card the Morrison team will lead with.

And the Government had some good news today, with the outlook set to be positive for property, despite at least one expected interest rate rise this year. The positive tidings came from Judo Bank economist Warren Hogan, who more than most economists, sees more interest rate rises this year, but still expects that the property investor market is going to keep rising throughout the year. And an AFR survey of top economists tipped a 5% rise for property prices this year!

Clearly, rising wages, falling unemployment and richer property owners pocketing tax cuts is a good story for a government to take to an election around May.

Undoubtedly, the Treasurer will keep reminding us of the tax record of the Morrison Government compared to Labor. “This stood in contrast, he said, to the Coalition’s recent record of introducing the largest tax cuts in more than 20 years, which would amount to almost $320bn in savings for workers over a decade,” wrote Simon Benson in The Australian today.

We will hear a lot about “Labor’s record on tax increases – including the deferral of income tax cuts and introduction of carbon and mining taxes – as a political weapon to claim the Opposition Leader cannot be trusted on tax policy,” Benson predicted.

One big economic negative the Treasurer will have to deal with is linked to the Omicron variant, which Deloitte Access Economics says will reduce this year’s economic growth from 5.5% to 4%. This is still a big number and means that the slow Omicron-related start to an expected boom, means that 2023 will be a stronger year than previously predicted.

How well Josh Frydenberg sells his tax record and how he might scare us about what Labor might do with taxes if it’s in power, will be crucial to the final election outcome. His actions could not only save the PM’s bacon, they could also establish his own credentials for one day leading the country.