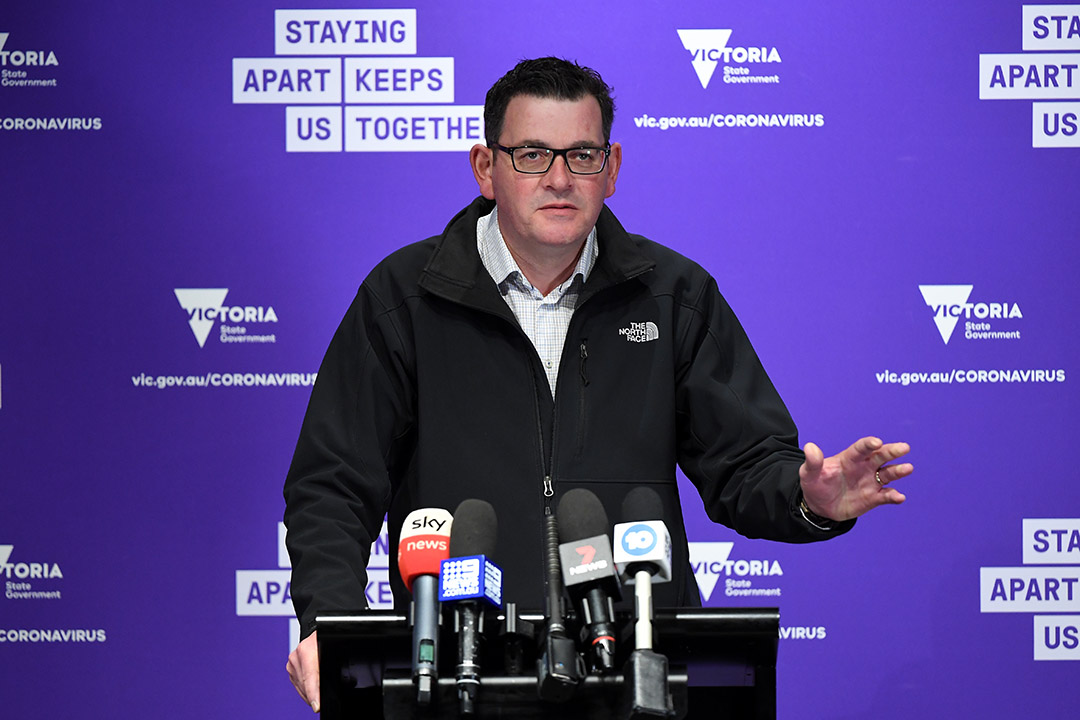 C’mon Aussies, grow up, grow up

As Covid-19 infections start to spike in Victoria and creep across the borders, it’s state-against-state, mate-against-mate, as members of the National Cabinet try to win the hearts and minds of Aussies. They’re fighting it out in the media but it could blow up in one or two of the leaders’ faces. This is a touchy, emotional subject that genuinely has life and death consequences for Australians and the Australian economy. And right now, the PM and the NSW Premier, Gladys Berejiklian aren’t making the economy, people’s jobs and businesses sit in the backseat.

Their support for the economy and jobs comes as we get to see the June unemployment number today, with economists tipping the jobless rate going from 7.1% in May to 7.3% in June.

In contrast to Scott and Gladys, a desperate Victorian Premier Daniel Andrews (frustrated at dumb bums who’ve done their best to unwind the good start we made to beat the Coronavirus) has reinstated stage 3 restrictions and is threatening stage 4, which is code for a real lockup of Milan proportions.

There’s no hard-and-fast definition of stage 4 but in New Zealand this “involved cancelling events and closing all public venues, closing all educational facilities, and closing most businesses including fruit shops, butchers and bakeries.” (The Guardian). In places like Milan and cities in the US, people were basically told to stay at home except for essential services, which would rule out a casual stroll to the local café and a stand around chat while waiting for your barista to deliver your indispensable cup of sustenance.

On Wednesday, the NSW Premier said she wouldn’t be imposing blanket lockdowns again, though her Government could KO high risk activities.

The Premier ruled out pursuing the elimination of COVID-19, saying suppression was the state’s only option in tackling the spread of the pandemic. “I think suppression is our only option,” Ms Berejiklian said. “Whilst we would all love to adopt a policy of elimination it’s, I think, unrealistic to assume we would get there – in fact, very unrealistic. Suppression is definitely the right strategy for a population the size of ours." (SMH)

On Thursday, ScoMo backed the idea of suppression over elimination. And not surprisingly business leaders are backing the PM. CEO of the Australian Industry Group, Innes Willox, wants the current Victorian challenge to be used to get the right “suppression strategy” in place.

Clearly, you can’t cook the economy, create a Great Depression and see unemployment go to 12% to 15%. We need our leaders to get real and enlist their own staff to lift their games for the sake of people’s jobs, their businesses and their psychological peace of mind.

A colleague of mine was on Central Station yesterday getting off a train and was staggered how social distancing was totally ignored. And worst of all, five transport workers were on the station having too close a chat while their customers were acting irresponsibly.

We all know his team screwed up with the security at the quarantine hotels but this was symptomatic that he (and undoubtedly Gladys) needs to tell their people that they have to be a part of the solution and not the problem.

Transport workers should have megaphones and be warning people that if they don’t apply social distancing, they won’t be travelling. The rules should also be: “No mask, no travel” and “No mask, no shopping.”

Apple, the best retailer in the world, has its staff and customers in masks. Bunnings, one of our best retailers, has their staff in masks.

If we can’t eliminate this damn virus, we need more adults to act like adults and have the guts to tell children and adults who act like children what to do and how to do it.

Like bringing up kids, the smart maxim is: “Have a handful of rules and repeat them over and over again.”

This can’t be a state-versus-state or Coalition Government-versus-Labor battle. Politicians can act like children but this is definitely not the time for that. Scott, Gladys, Daniel and the other national leaders need to tell their people (police, public servants and so on) to set the right example and make the idiots out there grow up.

If they don’t, there could be economic Armageddon, which might only be averted by a vaccine arriving ASAP.

Predicting these five elections
Is Vitamin B3 a miracle supplement?
What do we need? Guts. And who needs to show guts? Gladys.
Big businesses want government gifts. So give them what they want!
A ‘Kath & Kim’ politician wants a 15% GST