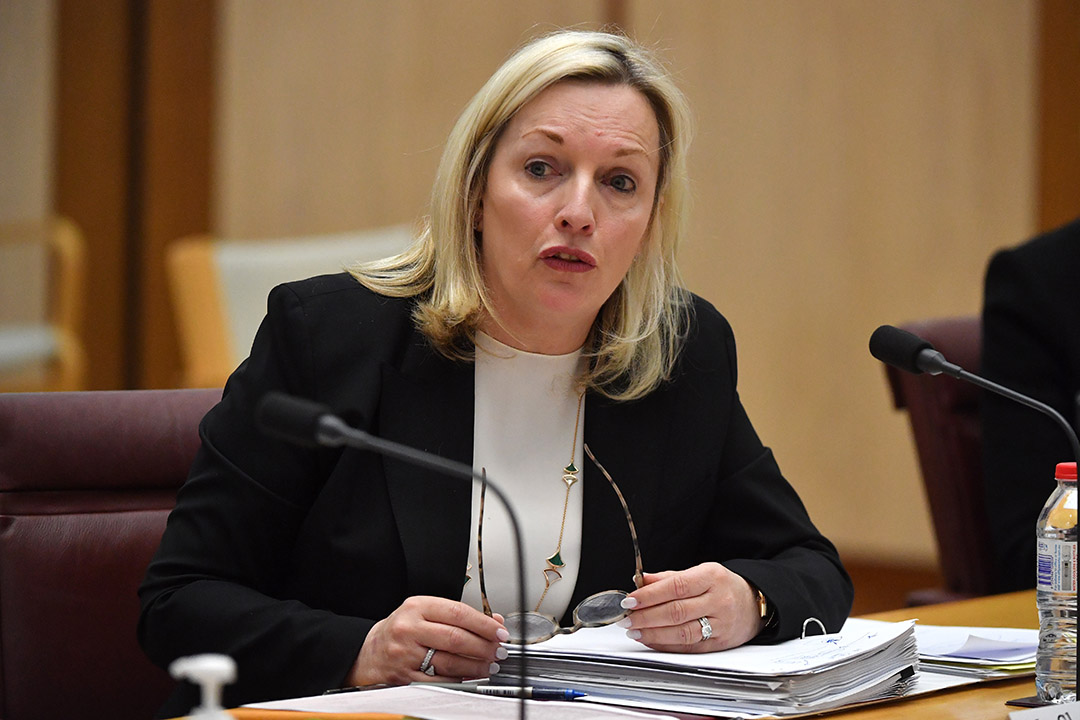 Christine Holgate has left the building. What plonker will replace her?

It’s a cliché but the Christine Holgate “gone girl” drama reminds us that there are two sides to most stories but when it comes to politics, there’s usually a lot more and they’re driven by self-interest.

On many subjects I’ve backed the Prime Minister but his public castigation of the ex-CEO of Australia Post is a classic example of the advice I give to my sons that “you should think about saying the second thing that comes into your mind.”

Over the 11 years I hosted my Sky Business TV program, Christine showed herself to be one of the best CEOs in the country. Under her leadership at Blackmores, the share price went to $217. Since she left, the company has struggled. Its share price is now $70!

Without a doubt, the watches were a mistake but a lot of people don’t know that they were given two years ago, well before COVID-19 arrived and the imperative to be cost conscious and not excessive made a lot more sense.

Under her leadership, Holgate turned banking at Australia Post into a half-a-billion dollar business and saved a lot of small business owners from the usual demise too many small businesses suffer from.

Last week, the SMH reported that “licencees who run 2,850 post offices around the country out of their newsagencies, pharmacies and convenience stores believe the Bank@Post deal at the centre of the watch scandal saved their businesses.

Did I say that there are two sides to a story?

Holgate has her supporters. CEOs like the boss of Australian Super, Ian Silk, has called this “a pile-in” and rates her a top performer. In Melbourne, Eddie Maguire, who had Holgate on the Collingwood board, blew up at the PM over his handling of the affair.

“Launching a blistering defence of Australia Post’s embattled boss Christine Holgate and attacking the ‘hacks’ and ‘dullards’ trying to drag her down, Mr McGuire told news.com.au that her critics were engaging in “the politics of envy.”

And he had more to say.

“Christine Holgate is one of the most impressive people that I have ever met,” Mr McGuire told news.com.au

“Her absolute devotion to looking after people and getting an outcome is second to none. Her sacrifice is incredible.”

The irony of this story is that it was her chairman who told her to reward four top executives who’d helped improve Australia Post’s bottom line.

The interesting take on this is that she should’ve sent them overseas on a ‘fact finding’ tour, which would have cost a lot more than $20,000 and it would’ve been something that a politician would never have questioned!

ScoMo played to the political audience — normal voters who never has access to the incentives that top executives, celebrities, senior public servants and politicians receive.

The end-result is that Holgate has resigned and Australia Post has lost a very good performer — a proven winner. She’ll probably be replaced by a plonker!

However, he/she will learn from the Holgate affair and incentives will be dressed up as something that politicians won’t see as being excessive.

Three years ago. the SMH led with this story, which simply shows how pathetic this is: “Finance Minister Mathias Cormann, who is responsible for keeping government spending under control, billed taxpayers more than $23,000 for weekend trips to the beach resort town of Broome with his wife over five years.

“The final trip to the picturesque town was undertaken two months after the Abbott government delivered its politically toxic 2014 budget, which contained significant cuts to education and social security payments, as well as a new payment to see the doctor.”

Was there a song and dance made about this?

By the way, years ago under different leadership, I was invited to a Swans game by Australia Post. Clearly I was invited to say nice stuff about the ‘business’ but I was staggered how the box was filled not with other media people or business owners who worked and spent money with Australia Post but with family members of the executives, eating, drinking and making merry! I was the only non-family person there.

This was a bad use of taxpayers money and no one ever exposed that. The Holgate persecution should open a can of worms exposing wasted money and largesse bankrolled by taxpayers but I bet it won’t.

Australians returning to a local lifestyle - and what it means for businesses
Spy games: Telstra trumps China
Boris Johnson faces by-election test of popularity
Take this job and shove it, I ain’t working here no more
Deloitte survey says two-thirds of workers want to work from home