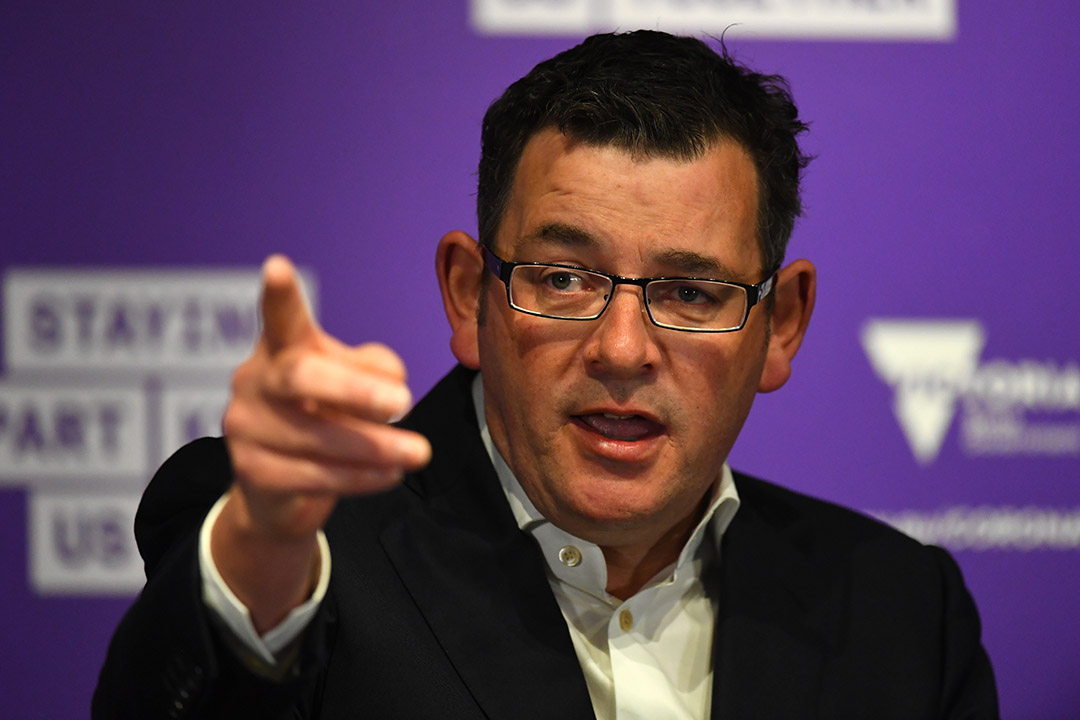 What allegedly went on in Melbourne hotels between security guards and those supposedly locked up in quarantine could end up being the most expensive bonks of Australian history! As the story goes, protocols were breached and the virus escaped to infect others in Victoria’s capital and so we all have to pay the price!

The Treasurer, Josh Frydenberg, has put the cost of out of control ‘jiggy jig’ actions, ironically by security guards, at $1 billion a week! And because there is a six-week lockdown, which will be followed up by a more cautious reopening of the state, then these acts of stupidity will end up costing over $6 billion.

I think it will be much more when you throw in the multiplier and confidence effects.

Ultimately, the blame for this goes back to the Victorian Premier, who is the leader and cops the praise or the blame for a job well done or a job that has ended up as complete cock up. (Pun intended!)

I’m sorry, but like a lot of us, I’m cranky because a lot of people in other states will suffer due to this stupidity from Premier Andrews who refused help from the Federal Government. He was offered 1000 defence force personnel but settled on 200 and then relied on private local firms to do the security work.

And the irony is that ‘Chairman Dan’, as his critics love to tag him because of his links to Chinese infrastructure projects, initially looked like the most careful of our Premiers when the Coronavirus came to town.

One can’t help but think that Andrews did not want to add to the improved reputation of Prime Minister Morrison, who came to the virus crisis with a Hawaiian holiday problem after the bushfires, but who has covered himself in glory ever since.

And don’t think I’m getting stuck into Andrews because I have a political axe to grind — my axe is purely economic.

Victoria is about a quarter of this country’s GDP and any mistake that undermines the comeback of our already COVID-19-ravaged economy has to be analysed with the toughest of objectivity.

Why a Premier would refuse free help from 1000 ADF personnel, instead preferring to use a private security firm, which is undoubtedly good at getting bouncers for a local pub, could only have decided that for political or nonsensical purposes.

This is the petty politics that has created a whole pile of Aussies who are very cynical towards politicians and it’s even more infuriating when this political point-scoring ends up having a serious macro- and micro-economic consequences.

In a micro sense, think about the Victorian businesses that have to close or go into takeaway or online mode only. Think of the employees who have to think about the end of JobKeeper and going onto the reduced pay of JobSeeker if they lose their job!

Think of the reduced retail spending from these negatively affected employees who double as consumers and this comes at a time when the retail rebound was one of the best stories for our economy right now.

Only two weeks ago this was the latest take on retail spending from CommSec’s chief economist Craig James: “‘Preliminary’ retail trade rose by a record 16.3% in May (highest in 38 years of records) after falling a record 17.7% in April and rising 8.5% increase in March.”

Victoria’s virus problems have hit consumer confidence and it could ‘infect’ the latest forecasts about how badly the economy contracts in 2020 and then how strongly we rebound in 2021.

On Monday, Deloitte Access Economic predicted that economic growth would rebound from a 3% contraction this year to 4.7% growth next year and 4.4% the year after. Earlier this year we were told a 10% and then a 6.7% contraction was on the cards but our success with the Coronavirus control kept delivering increasingly better economic news. Our economic story was world class and the IMF said so!

These mistakes from the Victorian Premier makes a mockery of those who claimed in better times that: “Dan was the man!”

These bonking exploits by security guards that then led to infections outside of quarantine hotels, made easy and effectively ‘procured’ by silly politics, is one the greatest economic and political cockups in modern Australian history.

For the sake of Victorians, you have to hope after six weeks back in home detention and inside a partially closed economy, that they get released for their spring racing carnival in October-November.

Imagine how popular Dan will be if the Melbourne Cup is conducted with no crowds! Or worse still, if they had to run it in Sydney!