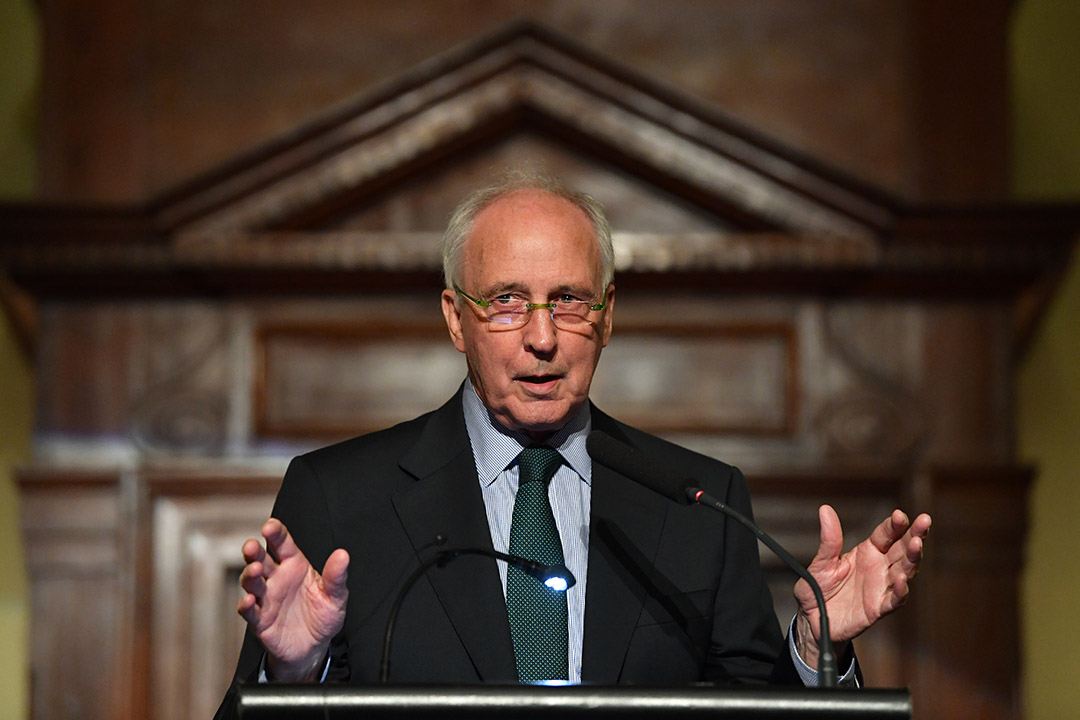 Bring out your dead, we want our loan back!

Former PM Paul Keating has another big idea and here it is: older Aussies can take out a loan against their home and other assets to bankroll their home care costs and avoid being dumped in a nursing home.

I started writing in newspapers in 1985, while I was still teaching at the University of New South Wales. My job has always been to explain complicated money ‘stuff’, economics and business to ‘normal’ people. In that time, I’ve done a lot of explaining about what Paul Keating puts forward.

Keating was the Treasurer of Australia in the Hawke Labor Government between 1983 and 1991, before becoming Prime Minister from 1991 to 1996.

As Treasurer, Keating gave us the J-curve, microeconomic reforms and the Accord. As PM, he gave us the privatisation of Qantas and the CBA and, of course, compulsory super, as well as native title recognition. He’s like the kid in the movie called The Castle, whose father called him “an ideas man”!

Like all big ideas, there are arguments for and against. So let’s look at Keating’s HECs-like solution for looking after older people after they retire and can’t look after themselves. Big ideas are usually dreamt up by problem solvers and we do have some aged care issues to sort out.

One of the problems is that we’re living too long and our kids don’t want to play Florence Nightingale to look after us. Retirement homes are expensive and a lot of people worry about their quality of service.

The problems extend to who’s going to pay for care if it’s up to the Government? Young people who are the taxpayers for the next few decades have HECS debts, face expensive houses and will have to be taxed more if the Government is to be the main player in looking after us in our old age.

Clearly, something has to be done. But what?

In a nutshell, Keating wants every Australian to be given a loan to pay for their aged care. The costs are then recovered from their estate! Effectively, the Government gives everyone access to a loan to pay for home care services or life in home care accommodation. “Then, upon your death — and no earlier — there would be a credit to that loan account from the estate of the deceased person,” Mr Keating explained.

And if your mum or dad lives the life of Riley in their final years, there might be precious little left in your inheritance.

Let me expand this Keating idea:

And then there are the questions, such as:

Om my segment on 2GB this morning, Ben Fordham used the imagery of the Government coming for you in your coffin for the loan payback! Ben suggested that’s the imagery that a political party could easily use to discredit a big idea like Mr Keating’s latest one.

Right now, 100,000 Australians are waiting for a home care package, which helps the elderly stay in their home with outside help. Meanwhile, home-care providers receive $2.5 billion from the Federal Government and don’t have to report on how this money is spent!

Also, the Government and private individuals give $12.4 billion to residential care providers but there is no compulsion for that money to be actually allocated to care!

Certainly, the current aged care system needs improvement. You can only hope that the Keating idea leads to some smarter thinking to ensure something better is put in place ASAP.

The former PM revealed his plan at the Royal Commission into Aged Care, whose revelations and conclusions should prove useful in changing this very problematic sector. That said, giving all of us a loan for home care services that will have to be paid back upon death looks like a hard sell, politically.