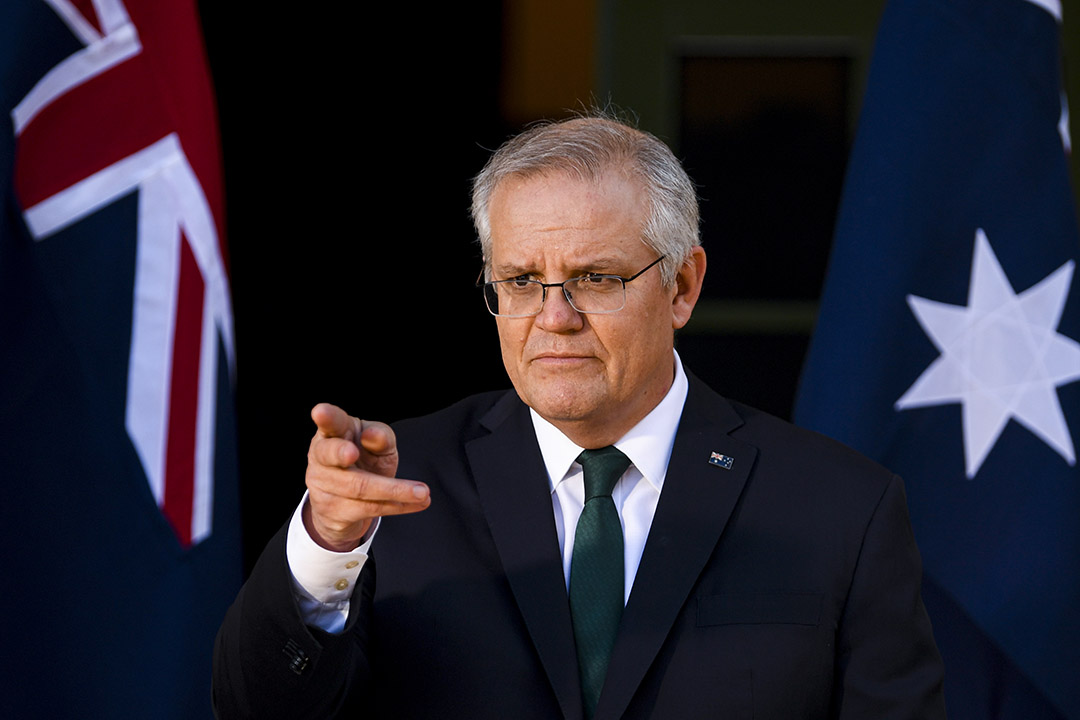 Bosses take soup Nazi option: No job for you!

Employers are employing something they might have learnt from a Seinfeld episode, where there was a character called the soup Nazi, who’d bar people from his business for not ordering properly and would say “No soup for you!”

Well, with the NSW lockdown worse than anyone expected and Victoria and South Australia joining the shutdown, struggling businesses are calling out for JobKeeper 3.0, so big business employers are virtually saying if there’s no new JobKeeper, then it’s “No job for you.”

The Australian Industry Group’s CEO Innes Willox has asked the Federal government to restore industrial relations powers that allow them to stand down staff and cut hours, as they struggle to deal with widening lockdowns and restrictions.

These were operational to save businesses from bankruptcy but the introduction of JobKeeper reduced the need for too many businesses to stand down too many workers.

This pressure comes as the Prime Minister’s Government is struggling in the polls. On a two-party preferred basis, Labor is on 53% and the Coalition is on 47%, and if ScoMo and Treasurer Josh Frydenberg play tightwads with bosses and employees hurt by the lockdowns, they will regret it.

Until the Delta strain of the Coronavirus met a country reluctant to get vaccinated using the AstraZeneca product, our economy was rebounding into spectacular economic growth. However, economists now tell us the NSW economy will have negative growth for one quarter and it could even be two quarters, which is a recession!

And this could drag the national economy into the same mess. Right now, the PM is ruling out a recession. Treasury and the Reserve Bank agree, but economists can change their forecasts on a dime.

For the optimistic view, AMP Capital’s Shane Oliver made this assessment of the potential economic impact of the lockdowns late last week: “Assuming other states keep growing (including Victoria beyond its current lockdown) and NSW rebounds through September helped by pent up demand and the lagged impact of support payments, the extended lockdown will likely flatten GDP growth this quarter risks sending it slightly negative,” he said. “Allowing for a solid rebound in the December quarter, this will likely push GDP growth in Australia through the year to the December quarter down to around 4%  from our previous forecast of 4.75%. The hit to the NSW economy could push unemployment up temporarily from 4.9% currently, but it would likely quickly resume its downtrend later in the year and through next year, albeit it may not be below 5% at year-end as we were expecting.”

Importantly, Shane’s best guesses relied on the important guess that the lockdown lasts seven weeks. If it’s longer, then Shanes forecasts are in trouble but not as much as the PM will be in!

An extended lockdown on top of a vaccine rollout failure, which will have to be partially fixed by tough government measures to make people get jabbed, all spells enormous political problems for the Government.

If ScoMo delays the election to the middle of next year and achieves a huge economic rebound, this vaccine rollout and lockdown madness might be forgotten by a lot more voters. However, if the economic story in 2020 is not as impressive, then it could be a win for the once unwanted Albo!

That said, after a big lockdown-slowdown, the surge in economic growth is generally big but if the lockdown goes on too long and consumer and business confidence is beaten up, it could delay the start of the economic rebound.

JobKeeper 3.0 will help confidence. So will more Pfizer and fast!

This economic/health cocktail might be the best way to kill the anti-ScoMo ‘virus’ infecting voters right now!