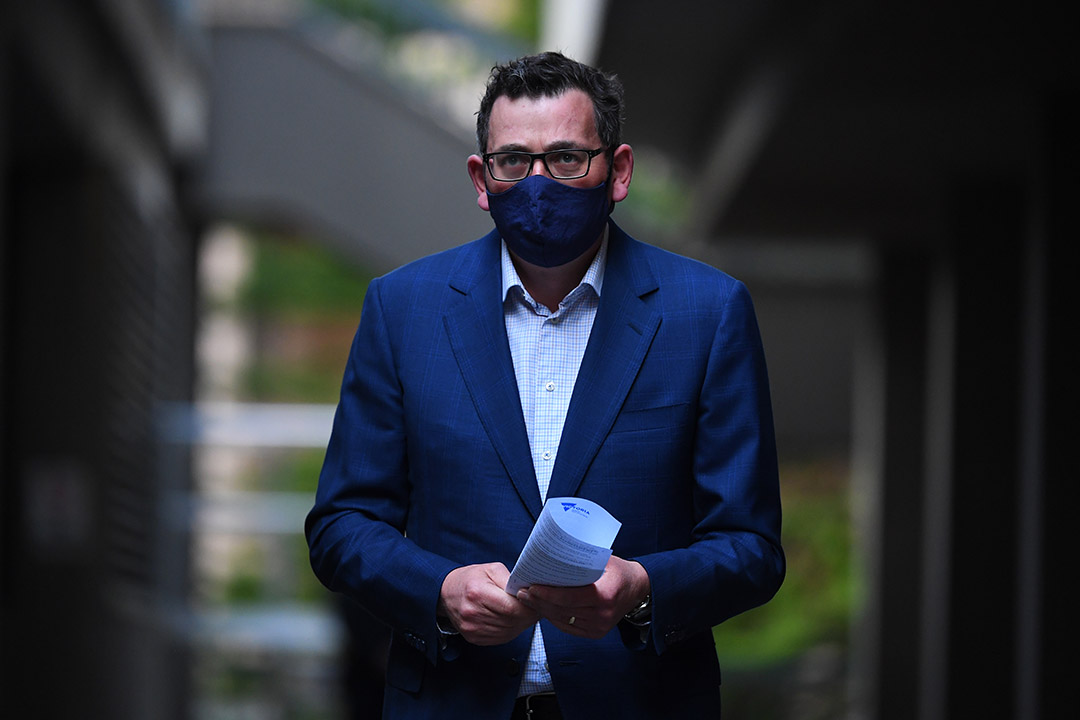 Blame Dan Andrews as your stocks and super drop

Stocks in Australia should fall today and regrettably you can blame Premier Daniel Andrews for his inadequate security programme when it came to quarantine hotels. Let’s hope we won’t have to point the finger of blame at New South Wales’ Premier Gladys Berejiklian, after we normal people have learnt that Victorians are getting into her state unscreened by simply flying in with exemptions.

So in this crazy Coronavirus world, most Victorians can’t drive to NSW (the borders are closed) but they can fly in, alight at Sydney Airport, call an Uber and mix with the general public.  So a serious potential threat to our jobs, our businesses and our lives has been let loose into our already vulnerable and exposed state!

But more dangerous, it’s reported that New South Welsh men and women are flying in from Melbourne, then heading home without any serious forensic checking.

This is not only outrageous, it’s dumb with a capital D!

My job is always to try and make the confusing world of money understandable. Hopefully I can steer people into knowledge that will give them a competitive advantage in either making or saving money. Right now, dumb politics is undoing my work and the work of others like me, who prefer to see Australians richer rather than poorer.

I would’ve thought politicians would have got this. The fact that flyers from the south can get in without intense screening, are not being escorted to their self-isolating digs and detailed records kept is nothing short of madness. This is like Ruby Princess 2.0.

On my Switzer TV Investing programme last night, I put the spotlight on 16 stocks that have potential gains of 20% to 67% — and they’re all good companies. Some will get cooked with the revelations of reporting season, which has now started. But others could surprise and see their share price spike.

But this Victorian stage 4 lockdown has now closed down the likes of Harvey Norman, JB Hi-Fi, Bunnings, Officeworks, Kmart and Target but Dan Murphy’s remains open and so does Flemington for the GGs!

The CEO of Wesfarmers that owns Bunnings, Officeworks, Kmart and Target wonders why we can have a bet and buy a slab of beer but a student can’t buy a laptop from Officeworks. And online buying will be hurt by a limiting of trucking services.

The smarties on the stock market will look at the new tough conditions of the Victorian lockdown and work out how much money Wesfarmers and other businesses will lose and their share prices will fall. This will take down the value of our super funds, retirees income and anyone living off the proceeds of the stock market.

And then there are those who believed in bricks and mortar and could never believe they wouldn’t receive rent for a sustained period of time. Pity those retirees who have to live on that money. Of course, some might have to go on the pension until normalcy returns, so the taxpayer comes to the rescue again.

You know I don’t like to dwell on the negative but I have to portray the real world effects of what is going on in Victoria because of a failure of leadership. And I haven’t even talked about the small businesses that will be KO’d forever, along with the jobs they created. So I have to say to Gladys “lift your game”!

You were doing brilliantly until the Victorian threat and right now, you look like a plonker.

Mark McGowan in WA and Annastacia Palaszczuk in Queensland have played a harder game. I learnt yesterday on my 6PR small business spot that the average Perthian is living life as normal because of their success in beating the Coronavirus.

These stage 4 restrictions have taken 250,000 Victorians out of work. As an employer and business owner, whose profit has been decimated by a virus from China, I need my leaders to be on their games, to be rational and sensible, not only for the sake of my business, the investments of my followers, the super for all Australians and something even more important — the lives of our loved ones.

The fight against this damn virus can’t be led by plonkers and second-rate players. We need Churchillian champions or else we will pay a huge price.

P.S. On my show last night, I interviewed the well-named Elizabeth Gaines, CEO of our third biggest iron ore miner, Fortescue Metals Group. Elizabeth was formerly the CEO of tourism business Helloworld, which has been crushed by the Coronavirus, so she’s dodged a bullet there. But under her leadership, Fortescue has thrived. The interview shows what an impressive Australian Elizabeth is. She was made CEO in November 2017 and have a look at the share price since then.