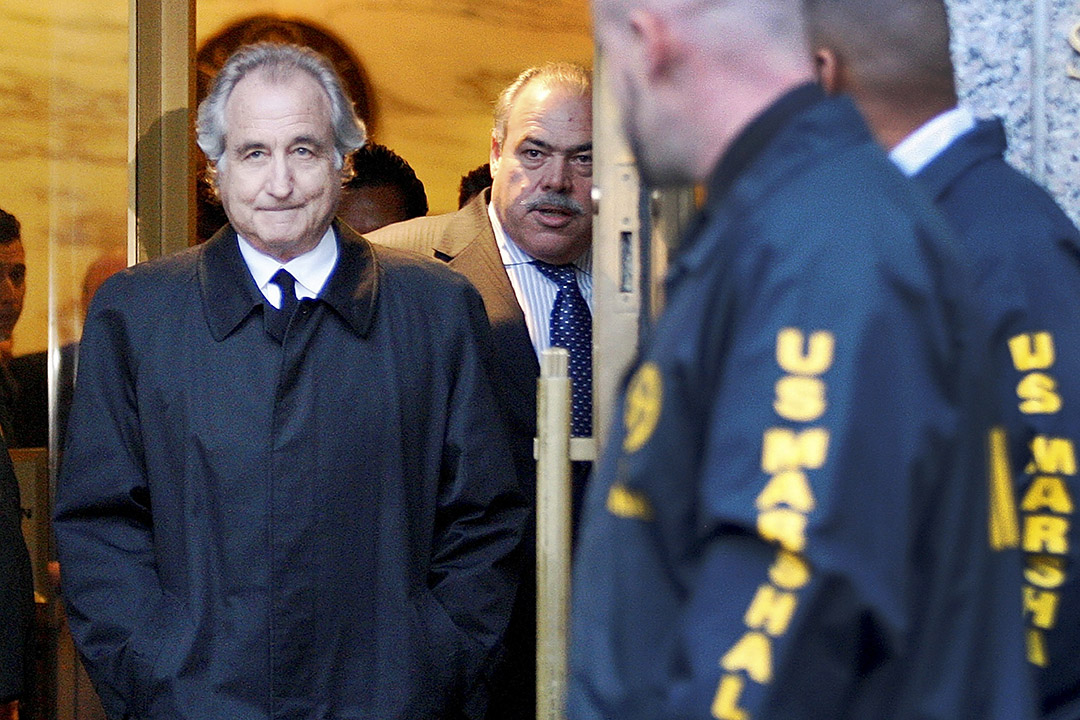 Billion dollar burglar Bernie Madoff is dead. What are the lessons for investors?

The world’s biggest investment fraudster, American Bernie Madoff, has died in jail after operating a Ponzi Scheme that told investors there was $60 billion under his management, while in reality it was only $17 billion.

But that was still a lot of money to seduce out ofthousands of wealthy New York and Florida investors in particular, including film director Steven Spielberg and actor Kevin Bacon.

And while the story is a great one for the gossip columns, what’s the moral of the story for anyone who knows they have to rely on an expert to grow their wealth?

More on that in a moment. For now, let’s work out how Madoff fooled everyone.

In the end, Madoff, the infamous swindler who burned so much of his clients’ money, has died in a federal prison at age 82, but that was always going to happen as he received an incredible 150-year sentence!

As an AP report explained, “…for decades, Madoff enjoyed an image as a self-made financial guru whose Midas touch defied market fluctuations.”

People trusted him because he had a good pedigree as he was a former chairman of the Nasdaq stock market, but his consistent and fantastic returns should have been picked up by regulators, who were clearly asleep at the wheel.

When they finally woke up, Madoff was exposed as someone running a Ponzi Scheme, where new money coming in paid for the returns of existing customers, covering up the fact that the money wasn’t invested as promised and the big returns were just lies.

The latest Madoff versus regulators score is $US14 billion found out of a potential $US17 billion lost by clients, including well-known charities. But these numbers were dwarfed by his fake accounts that said he’d turned his clients’ money into $US60 billion!

The Madoff’s paid a big price for their life lived off their patriarch’s criminal actions.

“A judge issued a $US171 billion forfeiture order in June 2009 stripping Madoff of all his personal property, including real estate, investments, and $US80 million in assets Ruth Madoff had claimed were hers. The order left her with $US2.5 million,” the AP.com report revealed.

One son committed suicide after his father’s arrest, another died of cancer after the event and another is serving 10 years jail for being an accessory to the Ponzi Scheme.

So what are the lessons from this Madoff tragedy?

Firstly, if you need financial advice, be very interested in where your money is going. With our financial planning clients, most investments are on accessible websites so clients can see how their listed investments are performing 24/7 and they are under their name. And we can’t make a change to those investments unless our clients in writing say “go ahead.”

Secondly, ask lots of questions, so over time you become much more money smart.

Third, if your returns are unbelievably good all the time, then you really need to know why. It could be great investment picking by your adviser or it could be driven by valuations of investments that are determined by a valuer rather than the stock market, which is a more objective assessor of an asset’s value.

Finally, make sure you’re in quality assets but don’t expect to always be making money every year. In 2018, Donald Trump’s trade war with China hurt the stock market and our S&P/ASX 200 dropped 15% between August and late December. That was a hard year to make money for clients.

But from then to just before the Coronavirus crash in late February last year, the gain was 30%, and that’s when advisers looked really smart. And then there was a 35% collapse in a month before a spectacular bounce back of stocks between late March and now.

If someone signed up for advice before the crash, he or she might ‘hate’ their adviser, though the ‘hate’ in April last year would be a lot more than it is now, given the share market bounce-back has been close to 46%.

Recently we had clients who made a huge return in a year but it was amplified by the craziness of the Coronavirus crash and the big bounce-back of the market, so we are making them understand reality.

When we talk to clients now, we look at our three-year (and even a longer time period) returns to show that quality investments deliver over time. But if your results from your adviser are fantastic, do some research to make sure they’re ridgy-didge. That’s the big lesson from Bernie Madoff, whose very name should have been a big warning — “Mad” and “off!”