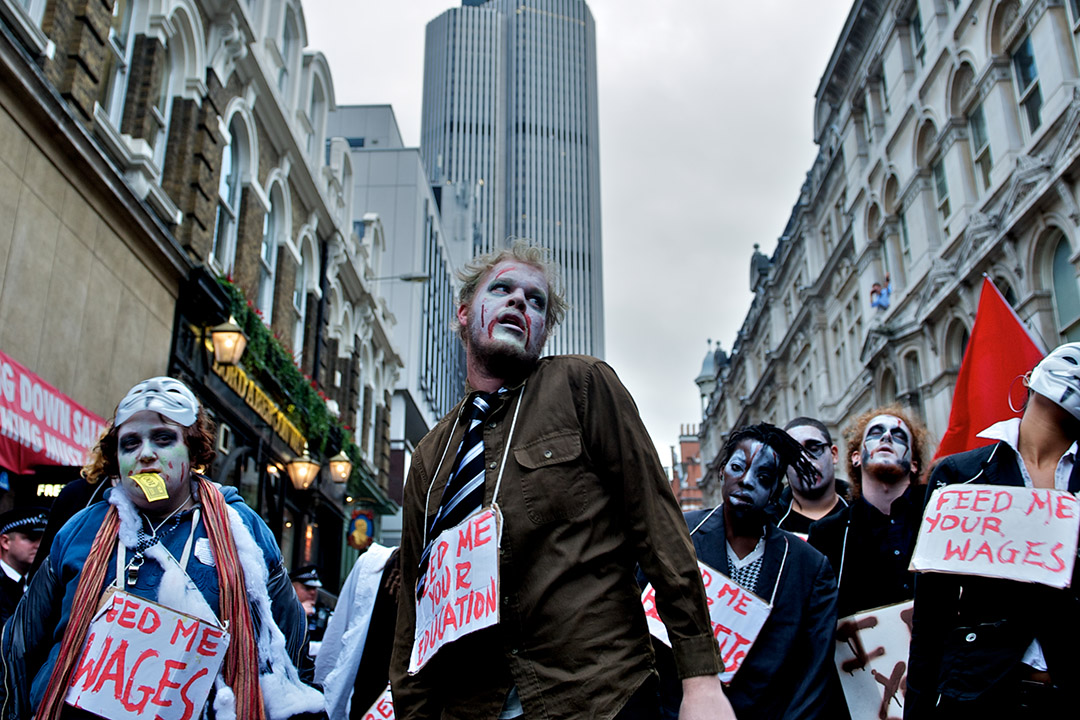 Beware zombie workers in the economy of the living dead

I hate to make a warning like this but we’re about to enter the economy of the walking dead, where ‘zombie businesses’ have to beware of ‘zombie workers’! And between now and the end of September, some bosses with struggling businesses will have to work out if they need to decapitate their once loved employees!

I’m sorry about the imagery but the latest ‘in-term’ in biz speak is about ‘zombie businesses’ that are probably on death row and are being kept alive by the JobKeeper wage subsidy due to end before the start of October.

I’m not a great fan of zombie TV programmes and movies but nowadays it’s commonly thought that the only way to kill the members of the walking dead is to put a bowie knife through their brain, chainsaw their head or anything that malfunctions what lies inside their craniums.

The lesson is the brain is crucial to a zombie — store that one in your grey matter!

In the AFR today, Peter Strong (the CEO of COSBOA, a big small business body involving a considerable number of associations with small operators as their members) says workers on JobKeeper could sink a struggling business.

Strong thinks the JobKeeper programme is a good one but if a business is heading towards being a zombie operation, bound for the afterlife, the longer you keep staff on, thanks to the Government’s wage support programme, the more it could create an entitlements issue if the employer let workers go.

I’ve interviewed Peter over the years on my old Sky Business TV programme, SWITZER. He has owned small businesses and knows what he’s talking about.

“It's been a good scheme because it's meant keeping more people on,” he said. “But many are accruing a debt that they can't pay because they haven't got the income coming in.”

He thinks some businesses might be better off closing before the ‘you know what’ hits the fan and come back again when more normal business conditions prevail.

After September, many business owners will have to answer the question: do I keep going like this on JobKeeper? Do I cut my team down? Or do I just close the whole show down?

One business owners quoted in the AFR said he had 10 employees on JobKeeper, of which five had no work. After September, he’ll pay them out and the entitlements bill will be $39,000! Other businesses, especially those in Victoria like this one, will have to face this reality and be doing the sums, working out if they can keep their staff and even their business!

If this Victorian infection outbreak goes national, then we could be in trouble. The optimism that saw the ANZ/Roy Morgan consumer confidence reading go up 10 weeks out of 12 (until the new infections challenge in Melbourne closed the city down) could head down, taking business confidence and the economy with it.

So what should be done?

For starters, we need to keep businesses open and have workers going to work, shoppers shopping and Australians being positive about the future. We don’t need anyone reading articles like this about zombie workers in zombie businesses, written by someone who is a committed/addicted optimist!

A social circuit breaker is needed that doesn’t kill the brain of zombie workers but instead brings these walking dead employees back to life.

Politicians need the guts to tell us to wear masks or stay home.

New York city had its first day since March 11 where there was no new Coronavirus deaths, and this is a city where they’ve been forced to wear masks.

Recently, I had a zoom meeting with one of our financial planning clients who is an expat-executive in the Big Apple, who said you can’t get into a shop without a mask. And if you were mask-less, people gave it to you like only a New Yorker can!

On the same day, this is what the Orlando Sentinel reported: “Florida reported 12,624 new coronavirus cases Monday — the second-highest increase after Sunday’s record — for a total of 282,435 and 35 new fatalities to bring the death toll to 4,277.”

Personally, I don’t want to wear a mask but I will if it means:

I’m prepared to live a time abnormally with a damn mask to make sure normalcy, with all the great exciting stuff I miss, comes back ASAP.

We only need pollies with the guts to command us to “mask up!”