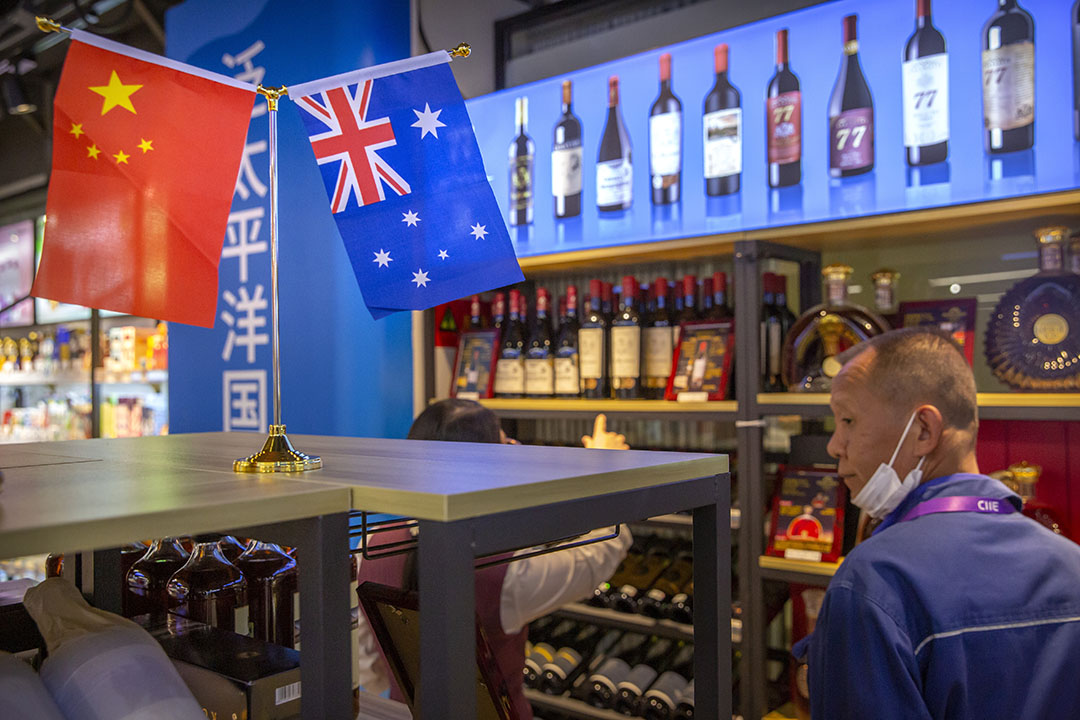 The Beijing bad boys are playing their DeNiro tariff card effectively saying “If you’re gonna mess with us, then we’re gonna mess with you.” And their latest trade blow is a 212% tariff on Treasury Wine Estates (TWE), which has smashed the company’s expected profit by 30% and its share price has fallen by a similar amount.

Treasury Wines makes many brands but Penfolds Grange is its most famous and their products are 40% of our $1.3 billion wine trade with China.

This is payback for Australia being close to Trump and the US, banning businesses such as Huawei, being publicly cheesed off about China’s handling of the Coronavirus and other anti-Beijing plays. In fact, there’s a list of 14 grievances that the Chinese Government has against us. It is worrying when you remember our number one trade customer takes a third of our total exports!

This bad news comes as our stock market is poised to have its best month since 1988. And statistics out on Wednesday are bound to show we got out of recession in the September quarter, much earlier than expected, even with Victoria going back into lockdown.

This is a huge effort that we all should be proud of, as we’re the health and economic envy of the world.

And probably the only worrying negative for the economy at the moment is this trade spat with China playing hard ball and putting bans and tariffs on not only wine but other products such as barley and meat.

And this could escalate to a huge national concern if these tariff plays extend to iron ore.

China’s demand for our iron ore is not only great for the profits and share prices of BHP, Rio and Fortescue, it’s important for the returns of superannuation funds. And the current higher-than-expected prices are delivering a budget bonus.

Cathryn Lee, ex-Treasury official now at Deloitte Access Economics, said the Budget benefit could be even bigger than expected. “If iron ore prices were to remain at this elevated level, you could expect to see a boost to Government tax receipts of anywhere between $5 to $15 billion in 2021,” she said. (abc.net.au)

We need this dough to help pay back the big spending that’s rescuing the economy, which has seen two million workers go off JobKeeper payments recently and Beijing knows this.

But what’s the likelihood of this tariff play by China going onto iron ore?

It’s unlikely to happen soon because China needs the stuff for its infrastructure and construction. But in six months’ time when Brazil might be on top of its Coronavirus challenges (which are huge), then its big, rival iron ore producer, Vale, could be given tariff exemptions while BHP, Rio and Fortescue could be slapped with harsh tariffs.

All this would not be good for the iron ore price and what the Government gets from iron ore producers via tax, which is then used to help bankroll the huge Budget Deficit that’s boosting the economy right now.

It’s messy and worrying so the PM is taking the matter to the World Trade Organisation (WTO), which is famous for being slow, and at times dishes out punishments akin to being beaten with a feather!

The argument at the WTO will be that China is punishing our businesses for political payback reasons, with the Government’s Foreign Relations Bill being a big reason for these tariffs. The bill say Canberra can veto agreements between state governments and overseas interests, which came out of Victoria’s Dan Andrew’s special deal with China over the Belt and Road Initiative.

And there’s a bit of “they’ve been too close to Donald Trump” in this payback as well. Some experts think the Biden victory might help hose down the heat on the current Australia-China spat, but respected international economist, Jim O’Neill says think again. “It is my impression that the Chinese are more concerned by a Biden administration than a Trump administration,” said O'Neill, a former chief economist at Goldman Sachs and now chair of U.K. think tank Chatham House, suggesting that the Biden team has “stronger philosophical beliefs” on key issues.

“And, they (Biden's staff) are going to use existing multinational fora to try and hold China to account more by the standards of such international fora whether it be WHO, G-20, World Bank, etc. etc., rather than this sort of … negotiation style so loved of Trump,” he added. (CNBC)

Better hope O’Neill is wrong or we could have a few Budget and stock market problems if our big miners are given a mafia-style, trade garrotting by the bad boys of Beijing. By the way, the other existing wine exporters on the Chinese hit list copped a 107% tariff, but if a company was not on the list but sells to China, they’ll be slugged the 212% tax on their wine! Beijing works in mysterious ways!