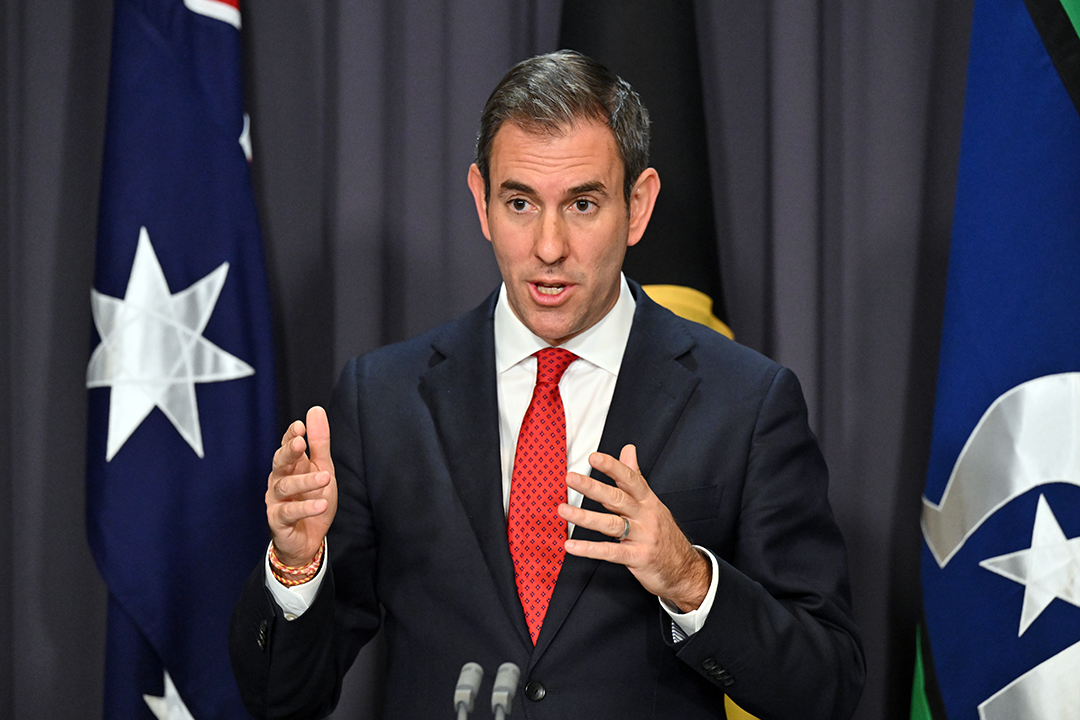 As economic dramas threaten, will Dr Chalmers charm us this week?

It sounds so ominous, just like it did when you were a school kid and were told to go to the principal.

On Wednesday we get the latest inflation reading that’s expected to go from 5.1% to 6.3% for the June quarter. Believe it or not, the RBA thinks inflation will peak around 7% later this year.

But then on Thursday, Treasurer Dr Jim Chalmers gives us a good talking to on the state of the economy, and what lies ahead to beat inflation while avoiding a recession.

Chalmers also needs to bring down the budget deficit, which surged because of the pandemic, its lockdowns and the Coalition’s rescue program, spearheaded by JobKeeper. While it was the big budget deficit we had to have, the Albanese Government and future governments will have to get it down. The most recent Budget Papers say the deficit as a percentage of GDP was 6.5%. That’s huge compared to what former PM’s inherited when they came to power: 2.9% of GDP for John Howard in 1996; and 1.2% of GDP for Tony Abbott in 2013.

But it has been worse.

Wars against dictators and pandemics create big budget deficits. Jim Chalmers is the man who has to bring it down, while trying to deliver on Labor’s promise to raise real wages.

However, the inflation number this week will make it hard for him to keep his party’s pre-election promise. RBA Governor Dr Phil Lowe has said he’d be happy with wage rises of 2-3% but if they spiked by 5%, then inflation would remain high and interest rates would have to go higher than everyone really wants.

The AFR’s Michael Read reminded us today that before the election, Treasury tipped inflation to reach 4.25%, which is a long way short of the 6.3% that economists now think is in the pipeline.

The Ukraine war, surging petrol prices, China’s difficulties beating the pandemic and growing wage demands have added more pressure on prices and inflation, but if we want the RBA to slow up on interest rate rises, we need to see a lower number for inflation than 6.3% on Wednesday.

So Wednesday sets the scene for Jim’s fireside chat to the country, who’d love to hear good news, but it won’t be and you know I’m not normally a pessimist. Treasurers always play hardball early in their regime as the country’s number one number cruncher, so the budget books will look better by the time of the next election.

This speech to the nation runs ahead of the 25 October Budget. Jim will have to tell us if the six-month 22.1¢ a litre reduction in the petrol excise will come to an end after September. Ironically, the Budget would be telling him to end it as it costs $2.9 billion, but the inflation threat says he should extend it for another six months. Taking it away would send petrol prices up as oil prices are coming down, and are expected to decrease inflation rates here and worldwide.

If our inflation goes up, the RBA will keep raising interest rates, which will slow down the economy, which in itself will make the budget’s deficit grow.

The CBA’s head of Australian Economics, Gareth Aird, thinks the Wednesday inflation number will be “red hot”, not helped by the floods that have pumped up the cost of fruit and vegetables as well.

This possible bad inflation number would make Jim’s economic game plan going forward even harder than it should be.

There’s a final irony if the Treasurer’s talk to us is filled with scary warnings to justify his hard decisions. Yep, if he adds to our concerns about rising energy bills, higher home loan repayments and the prices of nearly everything we buy at the supermarket, he will actually KO confidence.

A couple of weeks ago, 32 out of 32 economists tipped no recession here for at least two years, while the US might see one this year. However, if inflation is worse than expected and the Treasurer and the RBA boss play too hardball with us, then we could end up in a recession.

There’s nowhere to hide when you’re a Treasurer with a recession on your CV. Paul Keating was famous for the “recession we have to have” in 1990-91, while Wayne Swan was famous for dodging one in the GFC, when most countries of the world went into recession.

As an economist I can’t wait for Wednesday and Thursday. As a businessowner, employer and investor, I have a bit of pre-data and pre-Jim anxiety!