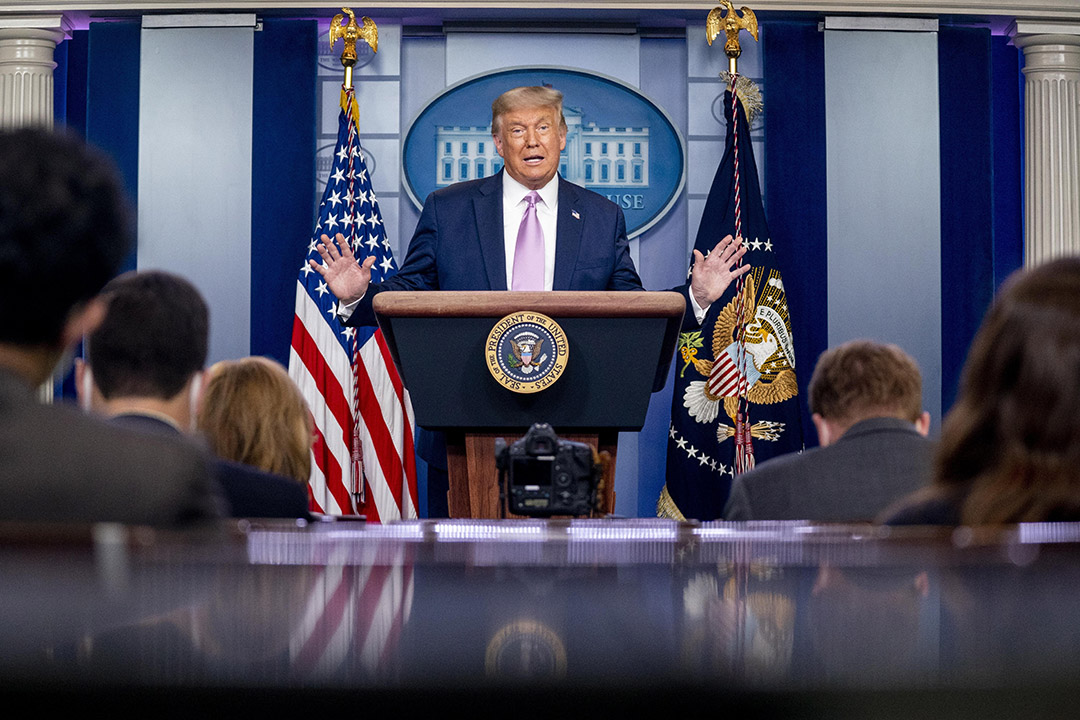 Those hoping to see the last of Donald Trump come the US election on November 3 (when we’ll be in Melbourne Cup Day mood) have received a positive shot in the arm, with Wall Street heavies starting to put money behind the “Joe Biden for President” campaign.

On last count, Biden has collected $44 million from the US finance industry (with the co-chair of Bain Capital, Josh Bekenstein, the new owner of Virgin Australia, throwing in a cool $US710,000 to back Joe), while Trump has received only $9 million,

That’s despite Biden’s plan to raise taxes that will slug the wealthy. He wants to raise the top individual income tax rate to 39.6% from 37%. And those with income exceeding $1 million a year could see long-term capital gains rates rise from 20% to 39.6%. On top of that, a tax break that allows beneficiaries to sell off inherited assets and pay little or no tax would be repealed!

Now that’s pretty anti-Wall Street! You’d think it would keep Donald in the game but there’s a surprising trend in the USA that says the young of America are pissed off with rich people and it could be that Donald isn’t the poster child for being rich and successful like he was when he was a TV star with a programme called The Apprentice.

And the polls aren’t great for Donald right now.

This comes as the surprising support of young people for a radical left-wing politician (like Democrat Bernie Sanders, quite surprised older Americans in recent years).

This survey of the polls from nymag.com shows it really clearly: “In late January, Quinnipiac had Joe Biden leading the field nationally — even as he trailed Bernie Sanders among voters 35 and younger by a margin of 53 to 3 percent. Exit polls from New Hampshire affirmed this generational split, with Sanders winning 47 percent of voters 18 to 29, but just 15 percent of those over 65.”

This swing to the left in the US is put down to the GFC.

“Americans under 35 saw capitalism discredit itself in world-historic fashion while their worldviews were still taking shape,” writes nymag.com’s Eric Levitz. “They proceeded to watch a putatively liberal government bail out the very financial institutions whose malfeasance had birthed the crisis, and then preside over a historically weak recovery that left many a millennial college graduate debt-burdened and underemployed. This created a burgeoning market for market-skeptical critiques of Democratic politics as usual — and progressives and socialists ably served it.”

He thinks one chart explains why the young are sick of older rich people.

This says High-School grads and College Grads in the bottom half of graduates have lower paid jobs that are paying less than they used to! In fact, the median income among the bottom half of college graduates is roughly 10% lower than it was three decades ago and it’s breeding lefties, who also might think the older rich people of the world aren’t great fans of the climate change movement!

In the past two weeks I’ve interviewed two people for my podcast show who are pointing out the swing to the left by the young.

Tim Wilson, the Liberal MP in his book The New Social Contract: Renewing the Liberal Vision for Australia says his party has to help the young get into property, as this not only gives them what they want, it makes them less left!

Meanwhile, German academic Rainer Zitelmann (who I interviewed for my radio podcast show this week) wrote a book called The Rich in Public Opinion.

Surveying thousands of people of different ages in the UK, USA, Germany and France, Rainer wanted to know what people think about the rich. Interestingly, the young of America were the most anti-rich, while the young Poms were surprisingly relaxed in comparison. In Italy, however, the young are very pro-rich!

Zitelmann has no handle of the Australian trend but our media is happy to feed a young versus old debate. It’s fair to say that Labor wasn’t helped by the young in last year’s election but that doesn’t mean it will always be the case, as Tim Wilson’s book implies.

November 3 in the USA and the Trump test will be an important milestone for the rich. If Trump survives, then maybe the young’s shift to the left might be short lived. But rising unemployment rates post-COVID-19 could be a real boost to Biden’s chances.

There’s an old saying that if you don’t vote for the left when you’re under 40, you don’t have a heart. But if you still do after 40, you don’t have a brain! The young could be using their brain, which is telling them that the economic equation isn’t delivering them what they want and this could easily change governments and tax systems in the future.

Zitelmann’s book even analysed the messages in Hollywood movies and the general inference they project about the rich is “very negative.” He also referred to one of his surveys of young people who were very anti-millionaires. However, when the group was broken down into “who knows a millionaire and who doesn’t”, the people who have an association with a millionaire had really positive things to say about them!

Maybe the rich have to hang out with young people more often!