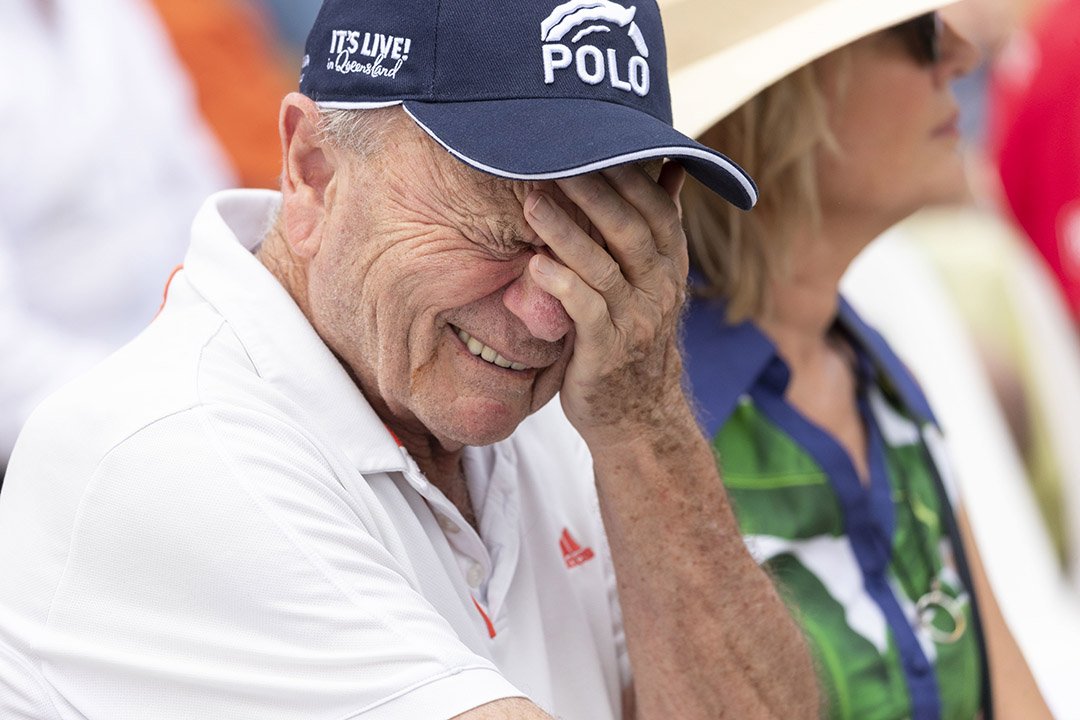 Are older Australians (like Gerry Harvey) the butt of discrimination?

Earlier this week I interviewed someone who said he took heart from the business survival and commitment of Rupert Murdoch and Warren Buffett to keep on working despite these two old guys being older than him.

The disrespect of Gerry Harvey in some quarters of the business media has at times surprised me. That said, I think Gerry and his unusual ways make his company a target for purists, who think he plays a game of smoke and mirrors.

There have been doubts about his books, despite a world-leading accounting firm signing off on them. The success of his franchise model is often queried, some of his odd investments and the fact he doesn’t have enough independent directors on his board.

These issues are legitimate for business media to pry and analyse but I’ve also noticed that Gerry doesn’t qualify for the respectful references that others who run top 100 companies get from some of our most-read journalists.

I like Gerry, so maybe I’m biased. I guess I like him because I not only do media, I have founded a business, I employ a lot of people and doing what Gerry and Katie have done deserves a lot more respect than they generally get. And in the case of Gerry, there are often references to his age, that he’s a “dinosaur” and “he’s past it!”

I especially recall one journalist, about four years ago, who I respect immensely, ripping into Gerry and Harvey Norman for being behind when it came to being online, maintaining that the looming arrival of Amazon would expose the retailer’s weaknesses.

Well this old croc now sees Harvey Norman in eight countries, has $3.5 billion in assets and zero debt. He claims his earnings per shares is amongst the best in the top 200 companies of Australia and his business employs over 20,000 people. And the following chart shows his share price has spiked 80% since March 23!

I wonder how many of the young investors the media have been telling us about since the comeback of the stock market, thought about investing their money with an ‘old dinosaur’ like Gerry and his Harvey Norman (HVN)?

This a chart that new age tech companies would be proud of and suggests that Gerry and Katie are not quite business dead just yet.

On my podcast, Gerry talked about someone who said he could name thousands of retailers who have come and gone, but would be lucky to name five who’ve lasted as long Harvey Norman.

Gerry concedes that he doesn’t tick all the boxes on what is seen as corporate/board best practice, but he says Myer and David Jones always did, and look where these struggling businesses are now.

“The record says it’s all bullshit.” Gerry says. But I also think there’s a tad amount of age discrimination in the hate sessions some have for Gerry.

For a long time, the battles of women were ignored by the mainstream media until the age of social media made it crystal clear that the very big issue, that has been captured by the #metoo movement, was too huge to ignore. Now the mainstream media can’t get enough of these grassroots issues, knowing that there is extraordinary magnification of any story via Facebook, Instagram, Twitter, LinkedIn and so on.

But I wonder when that same mainstream media will start putting on a show about the discrimination towards older Australians?

One older Aussie, if I can say that, who thinks the rough treatment of his ‘age-challenged’ countrymen and women, is National Seniors Australia Chief Advocate, Ian Henschke.

Ian shocked me when he revealed how older Australians figure in the jobless stats. “The largest group of people on Newstart in Australia today are those between 55 and retirement age… if you have one group of people being unfairly targeted and losing their jobs, that has repercussions all the way through the system,” he told the ABC last year.

This followed an Australia Talks survey, conducted by the national broadcaster, which attracted 50,000 people who did their own personal show-and-tell. For those aged between 50 and 64, the two big concerns were job security and ageism.  “The reason that we've got problems with the Royal Commission, the reason we've got pension poverty, the reason we've got a whole range of problems in Australia is because I think we've got a problem with ageism," Henschke insisted.

Clearly, Gerry doesn’t need protecting. I once offered him a complimentary subscription to my investing newsletter, called the Switzer Report. He said thanks but no thanks and I asked him why. “Well, I’m a billionaire, I don’t need super.” Good point but I did explain it was actually an investment newsletter that a lot of self-managed super fund investors use for tips and strategies.

Then he showed more interest! He loves stocks and admires the guys who started Afterpay, though he’s surprised that their company is worth more than his. “I’m jealous I didn’t think of it first,” he lamented. “Good luck to Afterpay and Zip, but their valuation is beyond comprehension. I’m gobsmacked!”

But most older Australians don’t have the financial security of Gerry. But is anyone out there fighting the case for a fair shake going forward?

I don’t see anyone on Twitter tweeting outrage about the world’s negativity about older people, except when they are accused of living too long in their big homes that younger people should have access to! Or that’s the story some outraged media people think is OK to run with. Yep, there are people out there who want older people shipped out of their homes, but thankfully no one has worked out how they could actually do that!

Personally, I like the fact that minorities have been able to sort out the complacent, thoughtless and unfairly discriminating majority over the past 50 years, which started with the woman’s and the racial equality movements of the 60s and 70s. However, some of those minorities are starting to use their newfound media influence to demonstrate the bullying and headstrong behaviour that once was the sole domain of their tormenters.

Freedom of speech permitted our society to progress and become less judgmental and more accepting. However, now, if older people, or right-wing-inclined or religious types get caught in possession of a what modern society thinks is out-of-date or “micro-aggressive”, then they seem to be persecuted as though they’re Nazis!

It’s not only time for powerful minorities on social media platforms to become more tolerant and democratic, it’s time for those who believe in the importance of stamping out discrimination to think about giving older Aussies a fairer go.

It applies to them being considered for work and not being the butt of insensitive humour purely because of their age.

In less advanced cultures, elders are often given enormous respect. It’s an irony that advancement results in behaviour towards our elderly that really is not becoming.