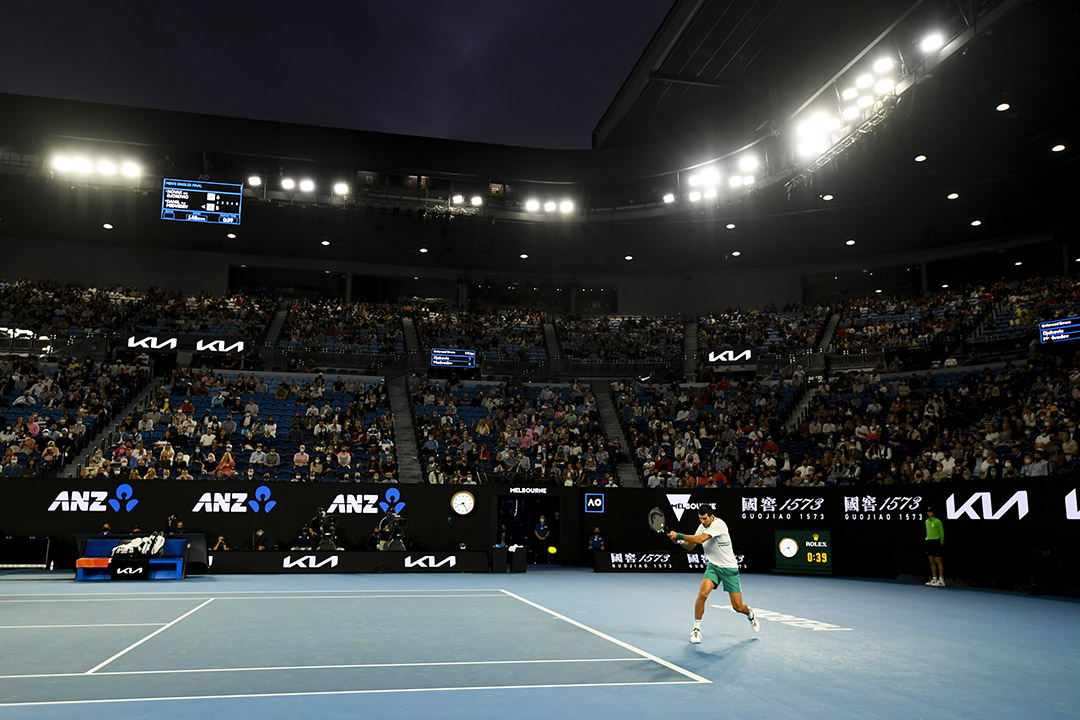 Anti-vaxxers booing at the Australian Open are economic nincompoops

Jesus Christ once reportedly said: “Forgive them Lord for they know not what they do..” or words to that effect. The same thoughts crossed my mind as Victorians at the Australian Open booed when they heard the word “vaccinations”.

And the booing got louder when the Victorian Government was also mentioned. Now I can understand that a lot of Victorians are cheesed off at the Andrews Government and booing politicians is hardly anti-democratic. In fact, it’s what is very hard to pull off in places like Beijing, Moscow and Pyongyang — the home of North Korea’s “rocket boy”, as Donald Trump liked to call him.

But this isn’t about politics and democracy but the inextricable link between democracy and economic growth, job creation, wealth-building and the material comforts that enhance our lives.

It seems that the Internet has shown us something about a minority of people who we all live with in the pre-internet days. Once we were able to ignore these people most of the time, apart from events such as this one, where the out-of-step minority would protest.

The minority protestors use social platforms like Twitter, Facebook and so on to punish anyone who disagrees with their minority view. This stifles free debate, scaring people off from airing their contrary views. It’s a threat to democracy.

Now I’m not saying protesting is wrong. I protested when Gough Whitlam was sacked, though in the fullness of time with information and wisdom I can see more rationally why that Government was sackable.

What I also learnt in 1975 was that in a democracy the majority get to have their say at elections and the minorities have to cop it sweet.

However, over time if protests are good and worthwhile, the majority comes around so we accept things that once were seen as outrageous impositions. Forced changes, such as random-breath-testing, driving with lower speed limits in suburban areas, restrictions on smoking in public places and so on are cases in point.

But when it comes to the Coronavirus and vaccinations, there’s a strong case for the majority having its way on the subject. It’s not only a matter of life and death for older or sicker Australians, it’s also economic.

When I taught economics at the University of New South Wales, I liked to use something I called Sussan Economics. At the time there was a TV ad that had a catchy line: “This goes with this, goes with this…at Sussan.”

And Sussan Economics is oh so relevant with the kicking off of vaccinations today.

So be clear on this: it’s not just a health matter but an important economic issue with the Prime Minister using the jabs to put pressure on the state premiers to stop snap lockdowns and hard border closures.

Lockdowns not only affect freedoms, they hurt businesses and slow down economic growth and job creation. Last week, Premier Andrews’ over-the-top closure of the entire state for five days when there was a small outbreak of infections in Melbourne, which hurt Valentine’s Day and Chinese New Year celebrations and consumer-facing business transactions, is a classic case in point.

These closures KO confidence, plans to invest, buy and employ — and that’s where vaccinations will be a game-changer.

Last week on Wall Street there was frenzied buying of stocks of companies that will do well because of the jabs that are being rolled out right now. It was tagged the “reopening rotation” and it means smart and influential investors are rotating out of stocks that did well during the lockdown and stay-at-home time of 2020, into businesses that will do well as vaccinations help normalcy of the economy return.

The reopening of the US economy has meant operations such as casinos, cruise lines and other leisure-related businesses, such as airlines, are seeing their share prices spike. American Airlines’ share price was up 9.5% and the Carnival Cruise Line was up 21.6% in a week!

This trend will show up in a more pronounced way here as our vaccination numbers grow, but only last week EML Payments m(which is a stock I’ve liked and invested in) spiked over 24% for the week. It provides prepaid cards for shopping, gambling, etc. and it’s a company that will benefit from greater shopping, tourism and gambling.

Away from making money out of the reopening of the economy from vaccinations, these jabs will actually save the vulnerable who would die from a country prone and open to another big spreading of the virus.

Sure, some people — a minority — have good medical reasons not to get vaccinated, but the majority have to do the right thing to actually protect the protestors, who won’t be copping a jab or two.

It will also create job opportunities and wage rises for more and more Australians, which will offer better economic security for all, even those who refuse to be vaccinated.

At the beginning of this Coronavirus crisis, we were told that “we were all in this together”. And that’s why the majority in a democracy will have its way and in doing so will help create an even greater economy, a better business environment and more job opportunities for most Australians — even the anti-vaxxers!

Do you think they will ever be appreciative? I suspect not. Oscar Wilde once wrote: “No good deed goes unpunished” but I hope this generalisation won’t be applicable to these great efforts to protect the vulnerable against the Coronavirus.