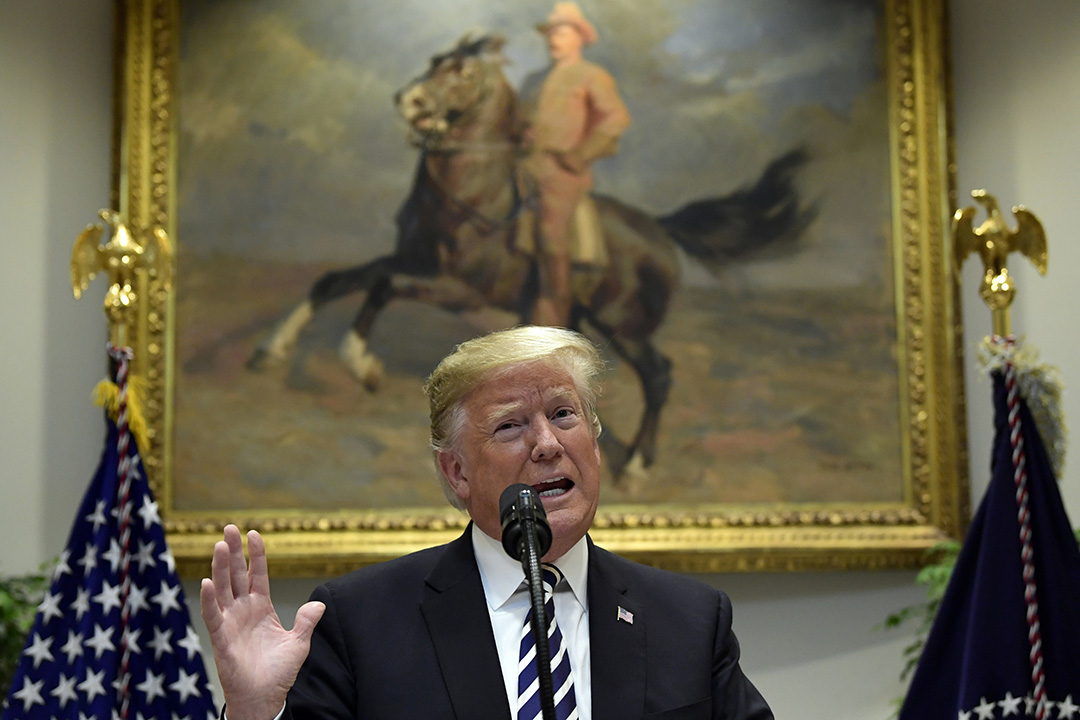 All we have to fear are politicians themselves!

Call me and even accuse me of being balanced, but with our economy and stock market on a knife’s edge where it could surge into growth by 2021 or slump into a depression, this is not the time for politics and politicians. It’s time for genuine leaders of the kind, like Franklin D. Roosevelt, who rallied the US during the Great Depression with the war cry: “All we have to fear is fear itself!”

In the modern context, I’d change that a tad and warn that “all we have to fear are politicians themselves.”

This comes as political argy-bargy is potentially threatening the best case scenario for a rebound in global economies and their related stock markets. This clearly has been driven by President Donald Trump and his calling out of China for causing the Coronavirus and their overall handling of the threat to the world.

Trump’s demands for China to be accountable and totally open about their actions are totally justifiable but his timing has been driven by the guy’s November election that has been made harder to win because of COVID-19.

Clearly, the US President has asked for support for an inquiry and our PM, Scott Morrison has done exactly that. So, China is getting even with bans of our barley and beef exports. Politics has been countered with politics, and economies and stock markets will be the first round of casualties. The second round sufferers will be those who don’t get re-employed quickly because the global rebound has been trumped by this ill-timed China play.

Right now the stock market is more positive than negative.

The positives are linked to the potential for economic recovery with businesses opening up around the world, albeit slowly. Also, there are hopes that a Coronavirus treatment or even vaccine shows up quicker than expected. And then there is this huge stimulus in the pipeline supported by accommodating central banks that could propel us into a Roaring 20s of the 21st century, if we beat the virus quicker than expected. And even the worries in the oil market have become a lesser problem with the oil price at better levels with predictions that the economic recovery could drive the oil price to US$50 or even US$100 a barrel by year’s end!

Against that is the fear of a second wave breakout because we’re going back to work too early and then we have this potential re-igniting of the Trump trade war.

How big is this political threat to the recovery? Well look at this from Zhiwei Zhang, president & chief economist at Pinpoint Asset Management in the UA: “In an election year in the U.S., political risks and U.S.-China trade tensions look like something that will pick up. That’s probably the number one concern in the market when we talk to investors and sell-side analysts.”

And there is the forgotten threat of companies going bankrupt and households coping with key family members either losing their jobs or living on a much lower wage.

Here’s another US take on this threat to optimism. This comes from Jan Kniffen, who is the CEO of J Rogers, “I do think we have a real problem coming. That talk about a tsunami of bankruptcies both in restaurants and retailing is real and that’s inevitable. If there are 6,00,000 plus restaurants we could see 100,000 close, if we have 500,000 stores we can see 30,000 close pretty quickly.” (CNBC)

You can see the opportunities but you can also see the threats and it’s not the time for politicians playing politics.

On Tuesday, Treasurer Josh Frydenberg outlined what the economy is facing and how the Government wanted to encourage business to invest to create jobs. He’d love to end the JobKeeper payments early or cease them at the end of September but if the economy is struggling he will have to rethink all of this.

Labor wants to extend JobKeeper but the need to do this will rest on how the economy will be doing and it is anyone’s guess. But Labor’s spokesperson Jim Chalmers worries me as he bagged the Government for wanting to encourage businesses to invest.

This is what he said: "If there is a plan, it risks being the same approach that got us into this mess in the first place. A double-down on trickle down.”

This is plain, and I’d have to say, dumb politics Jim.

Today we were supposed to be talking about a $5 billion Budget Surplus and the fact that we’re heading for a huge $143 billion deficit is not because of the Government’s trickledown economic policies.

It was caused by a Coronavirus that started in China! To bag the Government’s policies like that right now, when we are all in this together, is fake news in the hands of a politician, who should know better.

That’s why I say, when you add Jim to Donald to Xi Jinping, all we have to fear, aside from the Coronavirus, are politicians!