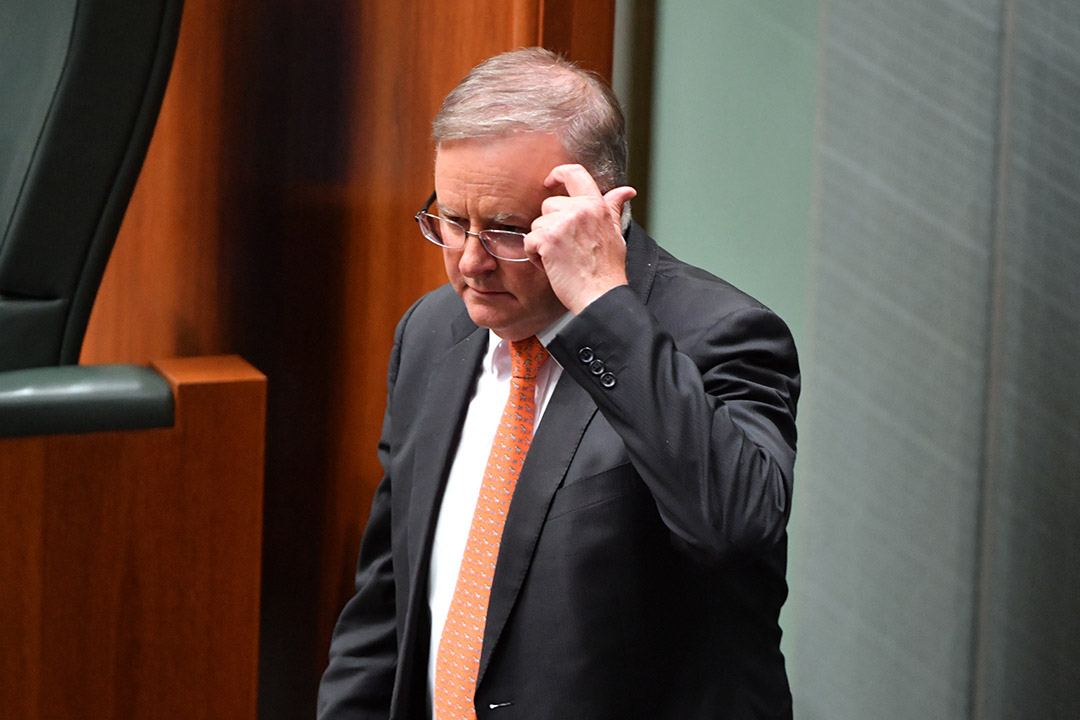 These sensational economic growth numbers should be leading to a national celebration but for some un-Australian misguided lefties or desperate attention-seeking politicians, their personal objectives take priority over the national interest.

It explains why Newspoll on November 29 told us that Scott Morrison is seen as the better PM by 60%, 28% like the cut of Albo’s jib, while another 12% don’t know who they prefer!

As an unapologetic optimist, who promises to go negative when my economic training and market expertise tells me that it’s appropriate to do so, those growth numbers had me big Kev “excited” and it’s why I went Bolt-like in Andrew’s TV timeslot last night.

While the Bolter is on holidays  Chris Smith is hosting the program. Chris asked me to analyse the growth figures for him and for the first time ever I got aggressively anti-Labor when I was shown a clip from Parliament yesterday. I hadn’t been briefed by the producer and saw an unknown backbencher criticising Treasurer Josh Frydenberg for using the word “comeback” for, I don’t know, the 90th time or something!

And this forgettable MP told us that the word came from an advertising agency, which then gave him the chance to ask why isn’t taxpayer’s money being spent more wisely?

This gross stupidity/self-interest set off my arsenal of firecrackers and I let the guy have it. It actually led me to say, and I quote: “I’d swear on a stack of bibles that I could vote Labor…” but not until they show they’re pro-business and even pro-consumer. (I must confess I can’t remember exactly what I said but this was the intent.)

I know I blew up and said words to the effect that Keating and Hawke would never have said anything as dumb as that because they got it — Labor has to represent all Australians and being anti-business was effectively being anti-job creation, anti-investment and anti-economic growth, which all serve to help employees and consumers, as well as the material goals they set themselves.

I’ll never forget Bob Hawke being criticised by a journalist for not being sufficiently pro-battler and too pro-business and his response was oh so sensible. He basically said “I can’t help my constituency if I’m not in government!”.

It’s ironic that I blew up at Labor last night because only the day before I was so proud of Penny Wong’s Beijing’s butt-kicking, showing us what Labor politicians are capable of. Sure, I know there are Australians of excessive left and right persuasions who want to polarize us but the majority of us want unity, consensus and collective progress.

Bill Shorten played a ‘divide and conquer’ game at the last election and the voters of Australia taught him a lesson. And arguably the voters of Warringah punished Tony Abbott for being too divisive after losing his PM gig.

Those economic numbers from yesterday should unify us all right now so let me share them with you in case your go-to media outlet doesn’t see good news as important as bad news. Here goes:

What’s the big takeout message for anyone who’s not one-eyed?

This growth or ‘comeback’ out of the recession is the real McCoy, and 2021 could be even stronger as a vaccine arrives. The CBA’s economics team tips 2021 will bring growth of 4.2% but the RBA says 5%! And the fact that Brits will be jabbed with the Pfizer vaccine next week is another big economic shot-in-the-arm for growth and optimism about next year.

Labor has more chance being a future government if it shows us that they’re on the side of the majority who want success, material progress, positivity and happiness.

Positivity is not only motivational but has been proven to be pro-productivity and better for problem-solving. Imagine Labor with that kind of attitude — they might be electable!