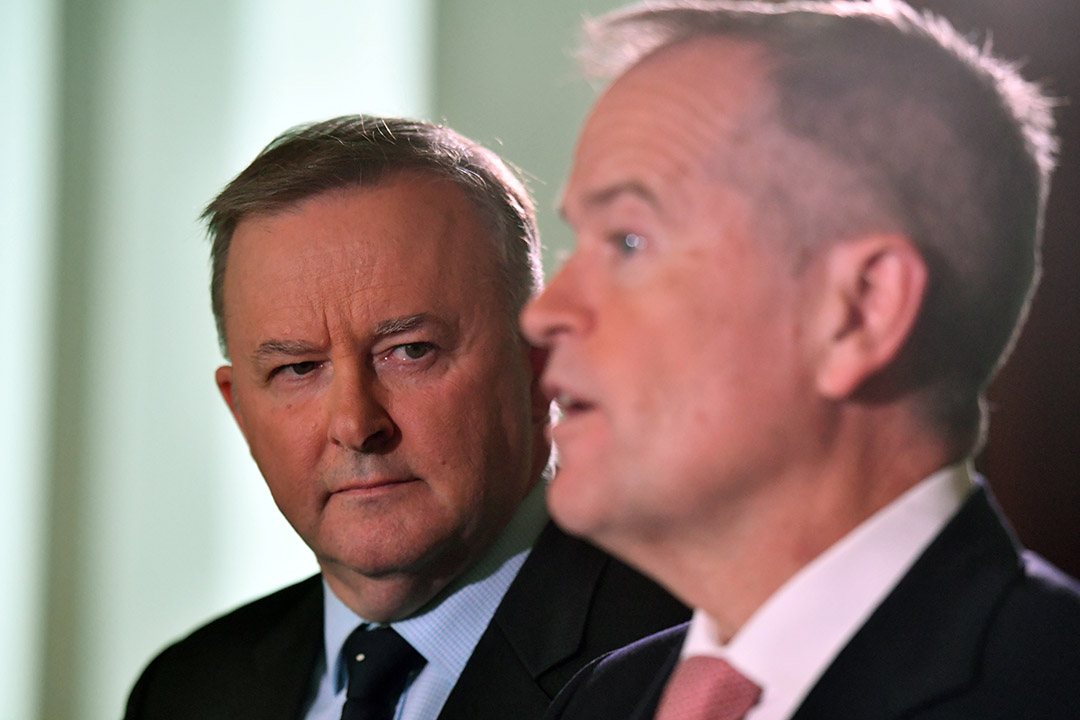 A Budget reply from a Leader of the Opposition only becomes big news when an election looms or when the policy promise is so big that it becomes something that the would-be PM just can’t back down from and remain credible.

Last night’s promise from Labor’s leader Anthony Albanese is HUGE! It says all families will have access to childcare and they will only have to pay 10% of the total cost! That’s right, a Labor Government would pick up 90% of the childcare bill for all families! Doctors, lawyers, tech-entrepreneurs and investment bankers — everyone who has a job and wants childcare can go for it and will only have to pay 10 cents in the dollar.

The simple summary of this Budget reply is that Labor says the Government’s Budget was anti-women and the current recession is a ‘pink recession’, meaning women have lost more than men because of the wider implications of the Coronavirus. So the big Labor offerings are targeted at women, who Labor seems to presume care more about childcare than men. Not sure if that’s a sexist assumption but I’m not interested in adding to that increasingly complex and scary argument (though I care about my kids as much as my wife, and always have).

Albo has also offered to find $20 billion in loans or equity to rebuild the electricity network using local material and workers. And we’ll be going into the defence business, where a bigger chunk of our defence spending will be to encourage local manufacturing in this space, plus we’re going into train manufacturing as well under Labor.

But wait there’s more. The plan is that 10% of all workers on Federal projects must be apprentices or trainees. And this 10% rule would be applied to childcare and aged care facilities where the Government is a funder.

These are good vote-catching ideas but what is Labor doing to attract voters who think Labor is largely anti-business, anti-individual and anti-success? Also there are those who are suspicious of Opposition outfits, who promise their way into Government and then either break their promises or leave us in a lot more debt at a time when the public debt, because of the Coronavirus, is heading towards a trillion dollars or 55% of GDP.

To be fair, this childcare promise shows Albo has more political nous than Bill Shorten. After a Budget reply a few years ago, I was asked by the Labor Party to interview Bill’s Treasurer-in-waiting about the economic and business implications of Labor’s alternative plan for the country.

It was a shindig in front of Labor politicians and ex-pollies in a hotel in Canberra and Bill had outlined his plan to change negative gearing and the capital gains discount. It led me to ask Chris Bowen this first question: “How will you defend the headline in tomorrow’s Daily Tele that will probably say ‘House prices to fall under Labor’”?

Chris and the room didn’t like the question but I gave them a hint that this wasn’t a great policy to take to the people, especially when we love property so much. Bill doubled up on bad vote-catching policies by promising to take franking credits away from most self-funded retirees, which not only frightened these prudent, wealth-building older Australians but probably their families too, who ultimately would receive inheritances.

Before the election, one of my most read stories was headlined: “How Bill Shorten will shrink your inheritance!”

Albo has learnt a lesson with his childcare pitch but he’ll have to defend how he’ll pay for it.

Business would like this initiative in that it would increase the supply of women available to work and could create happier staff members. It would also improve the household disposable income of families, which would be good for consumption and economic growth.

Right now, Albo says it will cost $6.2 billion. In a new age where the expected Budget Deficit will be around $213 billion, $6.2 billion looks like something that will give a big bang for the bucks involved.

The big question for business will be around whether Labor will somehow make business pay for this great idea.

If Albo is to ever win power, he must take Labor down a Hawke-Keating path, which was a government that learnt to work with business and was even helpful!

Bob Hawke taught me a lot about politics that future Labor Governments have failed to learn. When questioned by a reporter about his policies being too business-friendly and not supportive of his constituency, he replied ‘something like this’: “I can’t do much for my constituency if I’m in Opposition.”

And that’s why he became Labor’s longest-serving Prime Minister, which has to be a message Albo can’t ignore.