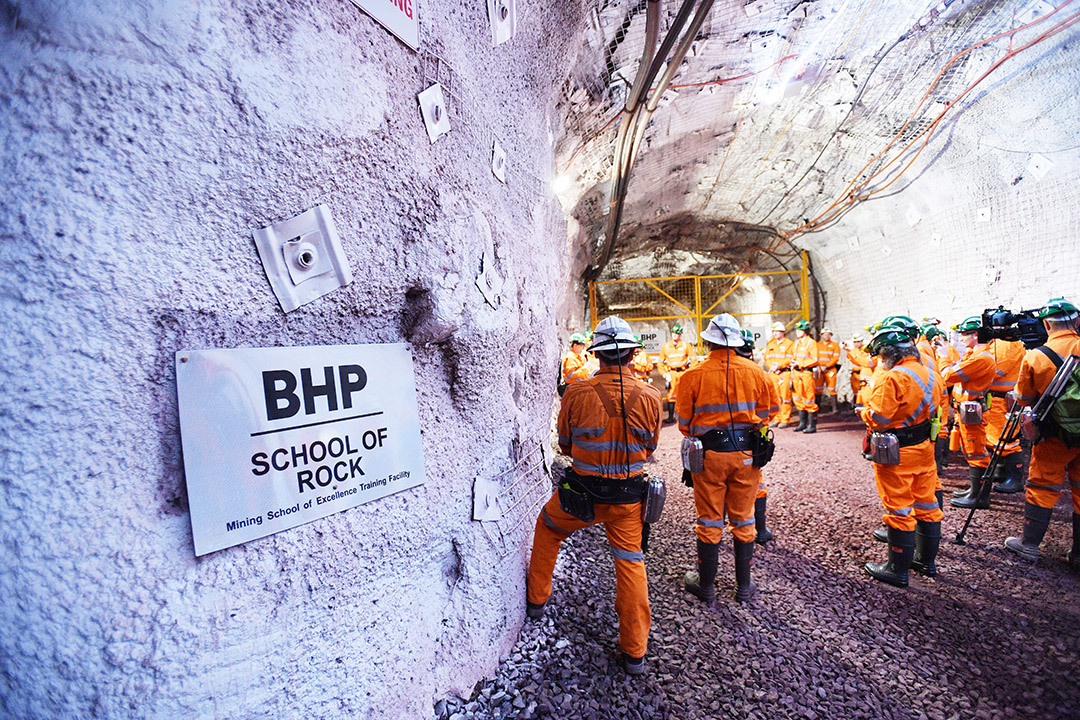 Should you buy BHP for the dividend?

There is an old investment adage that says: “never buy a mining company for the dividend”. It has been found to be pretty dependable over time because commodities go through booms and busts, and mining companies have virtually no control over their profits. They are “price takers”, with the only factors they can influence being the volume of production and to a limited extent, the cost of production.

When it is costing tier one miners such as BHP or Rio about US$18 to dig up a tonne of iron ore which they then sell for US$200 a tonne, that’s a staggering profit margin. If the iron ore price falls back to US$50 a tonne (where it was before the current boom started), profits plunge – and so do share prices.

Last week, Rio Tinto announced a bumper profit for the first half of calendar 2021 – EBITDA up 118% to US$21.0 bn, underlying earnings up 156% from US$4.8 bn to US$12.2 bn and net earnings up 271% to US$12.3 bn. Prices nearing records for iron ore, copper and aluminium drove the profit increase – in fact, more than the profit increase with higher costs, exchange rates and lower volumes detracting from earnings.

Rio’s shareholders were rewarded with a remarkable dividend of A$7.60 per share. Although A$5.09 is classified as an ‘ordinary’ dividend and A$2.51 as a ‘special’ dividend, it took the payout over the last 12 month to A$12.77 per share. Based on Rio’s closing share price yesterday of $134.40, it is yielding a staggering 9.5%. And that’s before franking which grosses it up to 13.5%!

This has led analysts to increase their profit and dividend expectations for BHP, which is due to report its full year profit after the market closes on Tuesday 17 August. It is also behind the increase in BHP’s share price, which closed yesterday at $54.06, just shy of its all-time high.

On consensus, the analysts have BHP paying a final dividend of US 204c or A$2.75 per share. With the interim dividend of A$1.31, this would take the full year payout to A$4.06 per share, putting BHP on a yield of 7.5% based on yesterday’s closing price of $54.06. Add in the franking credits and that’s a grossed up yield of over 10%.

If the most bullish broker Citi is correct, the final dividend will be a whopping A$4.64! Because BHP is generating so much cash, it is expecting a big ‘special’ dividend to supplement the ‘ordinary’ dividend.

That’s this year, what about next year’s dividends? Again, reflecting the diversity of commodity price and earnings forecasts, there is a big range amongst the brokers - from a low of A$2.97 per share through to a high of A$4.61 per share. On consensus, the major brokers forecast a lower dividend for FY22 than FY21, coming in at A$3.87 per share. This gives BHP a prospective yield of 7.2% plus franking credits.

Most analysts expect the iron ore price to fall as the world’s largest producer, Brazilian  miner Vale, boosts supply back towards pre Covid levels and second and third tier miners add to global output. The question is by how much and how soon.

Longer term, Chinese driven investment in new iron ore mines in West Africa and an increase in scrap metal supplies (which will reduce demand for new steel and iron ore) are expected to function as handbrake to the fortunes of BHP, Rio and Fortescue.

While iron ore will be responsible for over 60% of BHP’s underlying earnings in FY21, it also has significant investments in copper, nickel, petroleum, metallurgical coal and potentially, potash. Copper and nickel have particularly strong tailwinds due to the electric vehicle and battery/storage revolutions.

Of the three major iron ore miners (BHP, Rio and Fortescue), I prefer BHP because is the most diversified and arguably has the best set of assets. It is the “least risky” should the iron ore price collapse and has the potential to benefit from tailwinds that don’t relate to the broader commodity super cycle.

I am playing the trend and staying index-weight long BHP. In the short term, I will enjoy some spectacular fully franked dividends.

However, I am not buying more BHP as a dividend play. While history does not always repeat, as an investor who tries to manage the risk/reward trade-off , I don’t want to take it on particularly when the stock is trading at an all-time high. There are braver investors than I am.