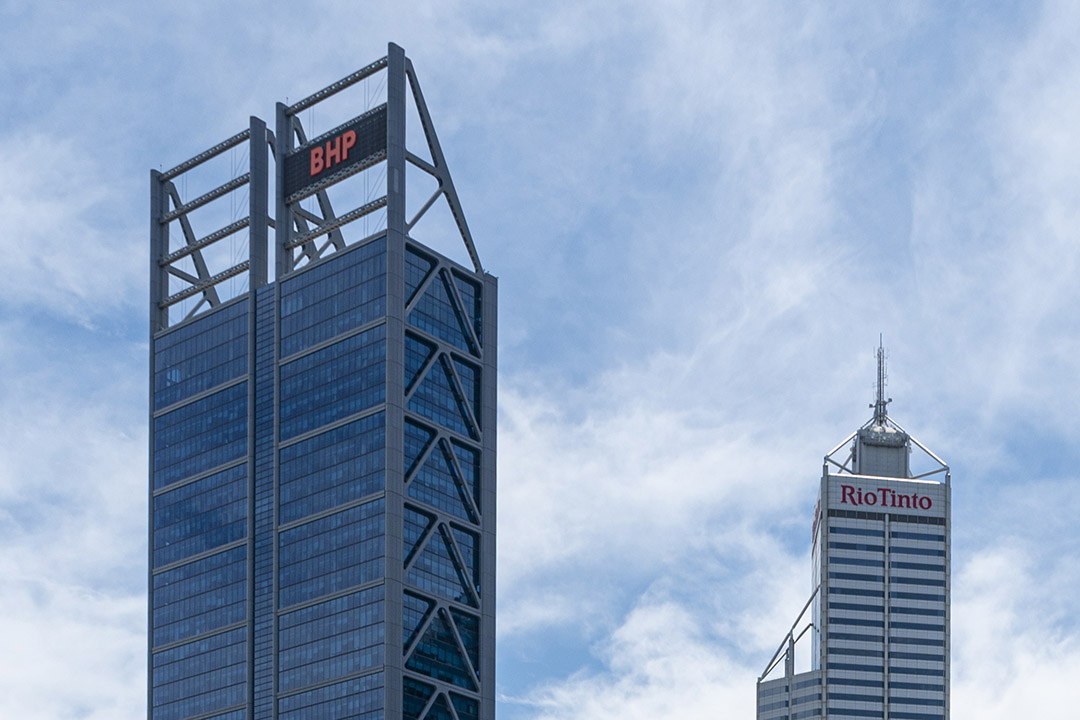 Stockbrokers have an old saying: “never buy a resource company for dividends”.

It is well founded because the profits of resource companies are notoriously cyclical. They are dependent on strong commodity prices and as “price takers”, have no influence over the revenue they receive. They can control production and influence the cost side to some extent, but in mining and oil, profits are driven by revenue.

Resource companies also tend to make acquisitions and unleash new projects at the “top” of the cycle, and divest at the “bottom” of the cycle, because that is when they are most cashed up or respectively, under the most financial stress. Invariably, they get the timing wrong.

So, for income seekers thinking about buying resource companies for dividends – the warning is out there. History is against you!

But our leading iron ore producers BHP, Rio and Fortescue, who are paying bumper sized dividends, could be about to challenge this convention.

On Tuesday, BHP announced an interim fully franked dividend of 101 US cents per share. Approximately A$1.30 per share, this dividend was higher than the market expected and equivalent to a payout ratio of 85% of group profits.

It came after BHP announced record earnings (EBITDA) for the half year ending 31 December of US$14.7 bn, up 21% on the corresponding half in FY20. 70% of underlying EBITDA was generated by the iron ore division, with copper contributing 25%, oil 5% while coal made a small loss. Overall, BHP enjoyed a margin of 59%, that is for every dollar of revenue, after costs and royalties, it retained 59 cents. BHP delivered a spectacular return on capital employed of 24%.

No wonder BHP CFO David Lamont was so bullish when we interviewed him on Tuesday. Reflecting on the second half, he said: “as we look at things today, we would expect a stronger second half than the first half”. This implies a higher second half dividend.

The major broker analysts have upped their expected payout ratios and noting the cash BHP is generating, now expect BHP to pay a full year dividend of A$2.89 (at current exchange rates, this implies a second half dividend of US 125 cents). According to FN Arena, the range is quite wide, from a low of A$2.32 per share by Morgan Stanley to a high of A$4.22 per share by Citi. Taking the consensus of A$2.89 and Wednesday’s closing price of $48.60, this puts BHP on a prospective fully franked dividend yield of 5.95%.

For Australian shareholders, this means a final fully franked dividend of A$5.17 per share. Together with the interim dividend of A$2.17 paid last September, this takes the full year payout to A$7.34 per share. Based on last night’s closing price of $127.47, a yield of 5.75%. Grossed up for franking credits, this is equivalent to a pre-tax 8.2% pa.

Confidence about the short term profit and dividend outlook is one thing, the more important question is: what is the long term outlook? In this regard, the major resource companies seem quietly confident. BHP describes it as a “constructive outlook”.

They note the improving picture for global growth, buoyant demand coming out of China, and the inability of major competitors (such as Brazilian miner Vale) to increase production. Longer term growth drivers include population growth, urbanisation, rising living standards and decarbonisation. Copper and nickel will be “hot” commodities as the latter theme gathers momentum.

One thing I have learnt over many years of watching markets is that predicting commodity prices is a “mug’s game”. Further, the broker analysts and the resource companies themselves are amongst the worst predictors. So, don’t read too much into their positive outlooks.

That all said, a couple of good years of “bumper” dividends looks likely, and with a bit of luck, there could be a few after this. BHP and Rio remain interesting propositions for income investors, who would be well advised to put some of the dividends away because at some stage, they will be cut back. Portfolio investors should hang on for the ride.