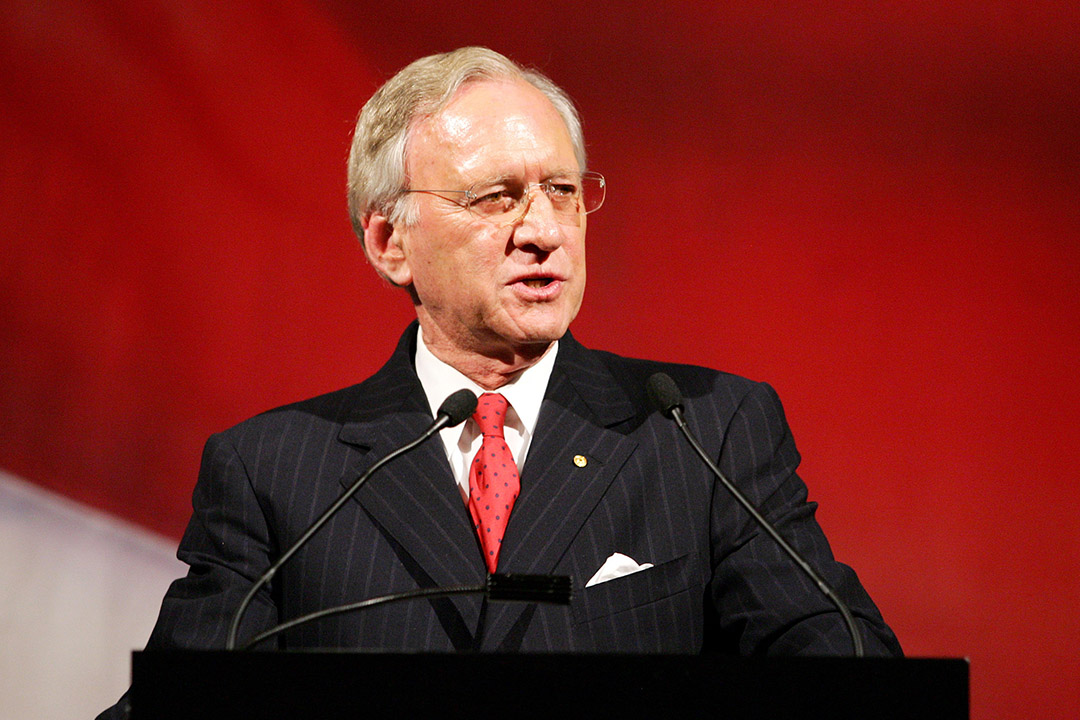 Will Andrew Peacock be recorded as the best prime minister Australia never had?

Andrew Peacock was born on 13 February 1939 and John Howard on 26 July 1939. Since I was born on 26 August 1939, I feel I have something in common with these two former leaders of the Liberal Party. In the days when we were young the age of entitlement to vote was 21. Living in Sydney, Howard and I knew each other quite well and our first votes were the same. On 29 April 1961 we both cast negative votes in a referendum sponsored by the Heffron Labor government. The question was whether to abolish the NSW Legislative Council. The affirmative vote was 802,512 and the negative vote 1,089,193. We then went on to vote Liberal at federal elections (for both houses) on 9 December 1961, the election when Sir Robert Menzies came perilously close to defeat.

Peacock lived in the Melbourne suburb of Hawthorn. His first votes were at state elections (for both Houses) on 15 July 1961 and his next set of votes were the same as ours, on 9 December 1961. There was a difference, however. Hawthorn was a Liberal pocket in the federal Labor seat of Yarra, held by that renowned leftie Jim Cairns. Peacock was the unsuccessful Liberal candidate. So, at the first election at which he was entitled to vote he voted both for himself personally and also for the Liberal Party for both houses. He polled 8,341 votes to 17,137 for Cairns. Three elections later Yarra disappeared, and Hawthorn became part of Kooyong where it has remained to the present day.

My first conversation with Peacock was in early January 1962. I was a research officer for the federal secretariat of the Liberal Party when the office was still in Sydney. Being on holidays, so out of normal office hours, I was working on my analysis of the 1961 results. Peacock chanced by, introduced himself, and we chatted about his political ambitions. He wanted to succeed Menzies in Kooyong but was frightened of the prospect that he would be challenged by prominent Victorian Liberal Rupert Hamer, generally known as Dick Hamer. He feared Menzies would support Hamer.

I don’t have anything further to add to all the favourable commentary I have read in recent days about Peacock so I thought I might ask myself this question: “Will Peacock be regarded as the best prime minister Australia never had?” The competition is to be between a nominee of the Liberal Party competing with Labor’s nomination. Party members are to be given a vote. Labor members are to choose with the names of Bert Evatt, Arthur Calwell, Bill Hayden and Kim Beazley on their ballot paper. I shall write an article about that some day.

The equivalent Liberal Party ballot paper has on it the names of Andrew Peacock, Billie Snedden, John Hewson and Peter Costello. For my first preference vote I find that to be a difficult choice between Peacock and Costello but, after much hesitation, I choose Costello. Essentially my argument is that Costello was a great treasurer whereas Peacock was “only” a very good foreign minister.

The second occasion was late in 2009 when he resigned his seat of Higgins. Had he waited for Brendan Nelson to be replaced (as was inevitable) he could have succeeded him as Leader of the Opposition. Costello, therefore, will die wondering. By contrast, Hewson, Peacock and Snedden was each Leader of the Opposition at a general election and performed creditably, Peacock twice, Snedden and Hewson once each. Perhaps Peacock was the best prime minister Australia never had!