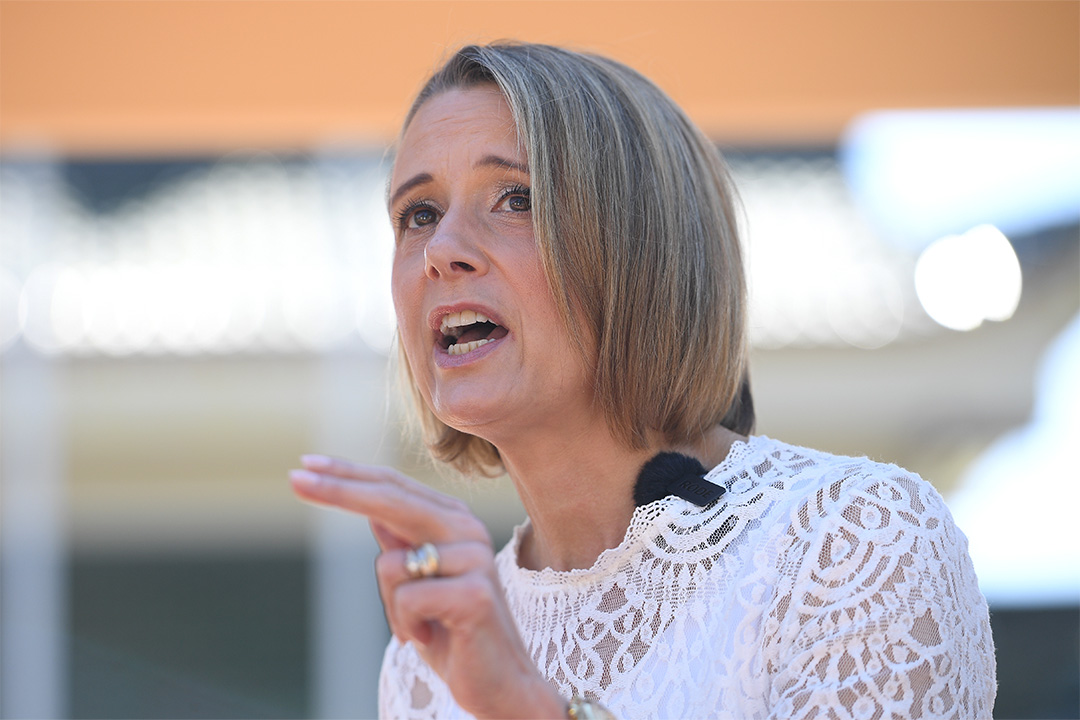 That Kristina Keneally will be the Labor candidate for Fowler (NSW) at the 2022 federal election has attracted controversy, so I think I might have my own dollar’s worth on the subject.

I have no intention to moralise about it – any more than I moralised about the Liberal Party’s decision to make Scott Morrison the member for Cook (NSW) in 2007. These big-party machines have some very safe seats in their gift, and they choose to give them to men and women they think would fill them well. On very rare occasions voters reject the party’s choice, as is their right. I would be amazed if Fowler voters did that next year.

What makes the Keneally case interesting is that she is a senator. She was never elected as a senator, having been party-machine-appointed by Labor in February 2018 to succeed Sam Dastyari. As I have explained several times in my Switzer Daily articles our Senate voting method is a flawed party machine appointment system. Voters are led to believe (by a dishonest ballot paper) that the purpose of one’s vote is merely to help distribute numbers of party machine appointments between political parties according to a system of proportional representation between parties.

The strange feature of the present situation is that there are three Labor senators coming up for re-election, Keneally, Jenny McAllister and Deborah O’Neill. There are also three Liberals, Connie-Fierravanti-Wells, Marise Payne and Jim Molan. Why such a strange distribution? The explanation is that, following a double dissolution, the Senate itself conducts a half-Senate election by deciding to give certain senators six-year terms according to the Senate’s own version of democracy.

In late August 2016, a cynical deal was done between the Labor and Liberal parties to give six-year terms to two senators each, when those senators did not earn those terms in the votes their parties won. O’Neill should have needed re-election in 2019, but the Senate majority gave her a six-year term, meaning she needs re-election in 2022.

The Coalition parties have solved their problem without fuss. They will win three seats, beginning with the easy re-election of Payne and Fierravanti-Wells. Molan of the Liberal Party will retire and give his seat to Ross Cadell of the Nationals. If I had been running Labor I would have solved Labor’s problem also without fuss. I would have ordered that Keneally be given the top spot and McAllister the second position, both guaranteed re-election under this rigged system. Then I would have ordered O’Neill to be the Labor candidate for the NSW Central Coast seat of Robertson, a seat she represented in the House of Representatives from 2010 to 2013. Then Labor could have chosen 30 years old Vietnamese woman Tu Le as the Fowler candidate who would easily have been elected to this seat which covers Cabramatta, Fairfield and Liverpool.

However, O’Neill wanted to stay in the Senate. She is better liked in the Labor party than Keneally and enjoys the support of the Shop Distributive and Allied Employees Association, the “shoppies” union. Labor recently chose its Robertson candidate who will be a local emergency department medico and Wiradjuri man, Dr Gordon Reid, who will take on sitting Liberal member Lucy Wicks. Labor needs a swing of 4.3 per cent to re-gain Robertson.

So, Tu Le must wait her turn and Keneally has not been given what she really wants – to stay in the Senate – because O’Neill has been given what she wants under Australia’s party machine appointment system. Actually, both Senate and House of Representatives systems are, de facto, party machine appointment systems but there is a difference. The difference is that the election to the House of Representatives is not rigged. While O’Neill is guaranteed re-election to the Senate Keneally is not guaranteed election to Fowler. Therefore, she must move 60 kilometres from the extreme north-east of Sydney to the extreme south-west so that she can prove she is a genuine local candidate. There is no law to say so, but the political reality is that she must move.

Australians like to think we have the best democracy in the world. In particular, we like to disparage the democracy of the United States of America. While I agree that there is plenty wrong with America’s democracy, I wish to use this case to illustrate that in many respects their democracy is superior to ours.

When an American member of the House of Representatives decides to retire his/her seat is filled in the first instance by the Democratic and Republican parties having primaries in which every voter registering as Democrat or Republican can participate in the choice of party candidate. Then the two compete in November.

When Chris Hayes announced his retirement from Fowler the Labor voters would (if we enjoyed the benefits of American democracy) have participated in a Labor primary and Tu Le would surely have been chosen. Kristina Keneally? Not a chance! Under our system, Fowler voters will be given the chance to elect their new member at an election next year on a date chosen by Scott Morrison. Under our democracy, the franchise enjoyed by Fowler voters will be either to elect Keneally or reject her. For the Senate, their vote will help to distribute numbers of party machine appointments, of which O’Neill is sure to be one.

The new tree-hugging Premier & his Treasurer love the colour green
The Premier of the premier state has a huge national job ahead
Greta’s ‘blah, blah’ speech gave us a lesson on economics
Will Aussies be flying to Berlin before Brisbane and Tokyo before Tassie?
State-v-state: war looms!