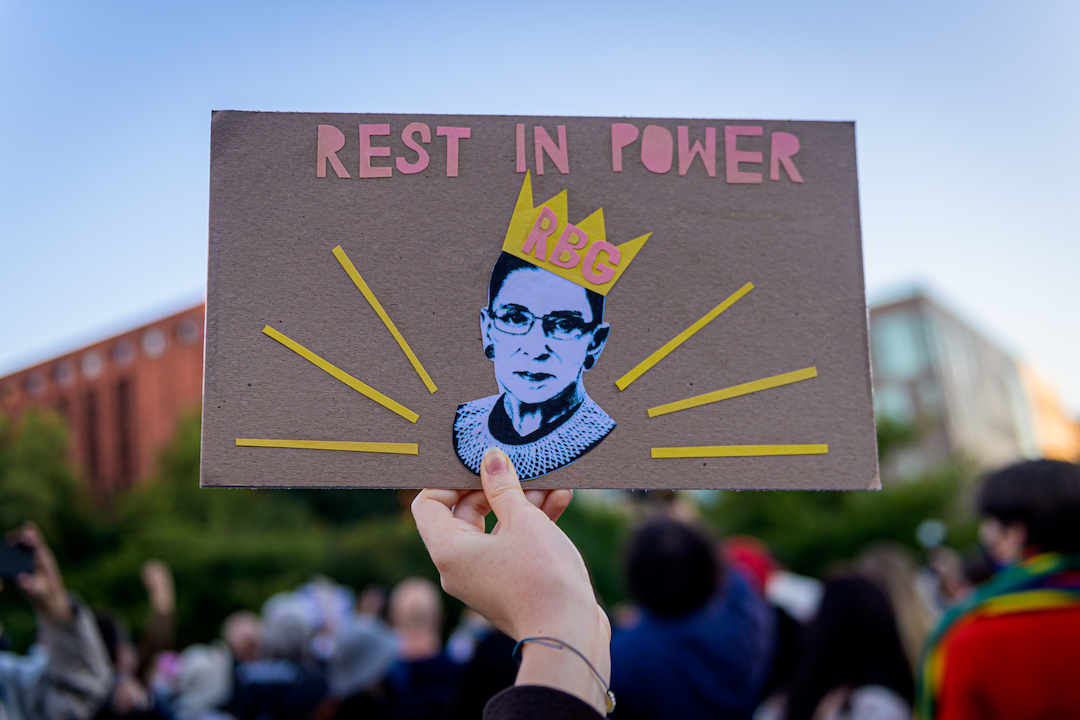 How will Ruth Bader Ginsburg’s death impact the US elections?

The death of US Supreme Court Associate Justice Ruth Bader Ginsburg is a gift to Donald Trump but it also creates a dilemma for him. I say that because I (like every commentator) see this inevitable death as being about the chances for election of Donald Trump and Joe Biden.

I have already given my prediction in Switzer Daily. It was stated on Monday 23 March, “Trump won’t have a second term but ScoMo will” and again on Tuesday 21 April, “Biden will defeat Trump”. This inevitable vacancy does not change my assessment nor that of any other reputable pundit. It does not affect the balance of probabilities in the election, but it does do two things. It energises the base of both Republicans and Democrats. It also creates a specific issue, not apparently there before. Except that the issue was there before. Ginsburg was 87, riddled with cancer and going to die soon. Even if she had lived past Tuesday 3 November, her death was bound to create a vacancy to be filled by either Trump or Biden.

Who will Trump nominate? The obvious choice is Amy Coney Barrett. She is a conservative Catholic and is from the Chicago-based 7th Circuit Court of Appeals. She lives in the unimportant state of Indiana. When Trump nominated Brett Cavanaugh to the Court in 2018, he told those who thought Barrett should be nominated: “I’m keeping her for Ginsburg”.

However, most American pundits now think the nomination will go to Barbara Lagoa, who has served on the Atlanta-based 11th Circuit Court of Appeals. She was appointed by Trump quite recently but she comes from the swing state of Florida where she used to be Chief Justice. If Trump were to appoint her it may increase his chances in the must-win (for Trump) state of Florida. Whichever way the choice goes, there are plusses and minuses for Trump.

What is quite clear is that Trump and his Senate leader Mitch McConnell belong to the “whatever it takes” class of politician. Such a man can be quite successful as illustrated by the success of Queensland’s Joh Bjelke-Petersen. What is the difference? The essential difference is that Bjelke-Petersen led a state that was very successful at the time of his governing. That is why I (uniquely) predicted his victory at the November 1986 Queensland election, his last and greatest win.

Trump is not like that. He presides over a country that is in severe trouble and his strategy to win is to divide American against American. His dealing with the coronavirus pandemic has been quite incompetent – hence this election being a referendum on Trump, which is what it will remain, notwithstanding distractions like the nomination of one Supreme Court Associate Justice.

The one view on which everyone agrees is that this is a sad state of affairs for the American people. Who is to blame? This is the question where commentators disagree. Those on the right say: “the Democrats”. Those on the left say: “the Republicans”. It doesn’t matter. It is a sure sign of the disfunction of a system in severe trouble.

There is one detail which, so far, has attracted very little notice – the fact that the US Senate is “unrepresentative swill”. Mind you, no one in the US describes it so. But I do, for reasons I’ll now explain.

Back in November 1992, our then Prime Minister, Paul Keating, became annoyed that a bunch of Australian senators wanted the then Treasurer, John Dawkins, (being a member of the House of Representatives) to appear before a Senate Estimates Committee. Keating refused to allow Dawkins to appear, with these words: “whether the Treasurer wished to go there or not, I would forbid him going to the Senate to account to the unrepresentative swill over there.”

Keating never explicitly stated what he meant, except everyone knew. Our Senate is, in the language of political scientists, malapportioned. There are 15 people living in New South Wales for every single Tasmanian, so it is unrepresentative of the people. What, then, about the US Senate, upon which ours is modelled? Here are the numbers: there are 53 people living in California for every single person living in Wyoming, 52 Californians for every Alaskan, 51 Californians for every Vermonter, etc. All 50 states have two senators. Americans may not say it, but they know that the US Senate is unrepresentative swill.

Yet their Constitution places all this power in the hands of nine lifetime justices of the Supreme Court with the choice of its personnel lying in the unrepresentative swill of the Senate. That is why the Senate should behave with sensible restraint. That is why it is outrageous for a President polling (in November 2016) three million fewer votes than his opponent should claim to represent the current will of the American people. That is also why the malapportioned US Senate should exercise restraint. Allow the American people to choose the President, to whom should be entrusted the task of choosing the justice to replace Ginsburg, subject to confirmation by a Senate exercising modesty. Above all, the “whatever it takes” attitude toward the exercise of power should be scrapped – for the time being, at least.