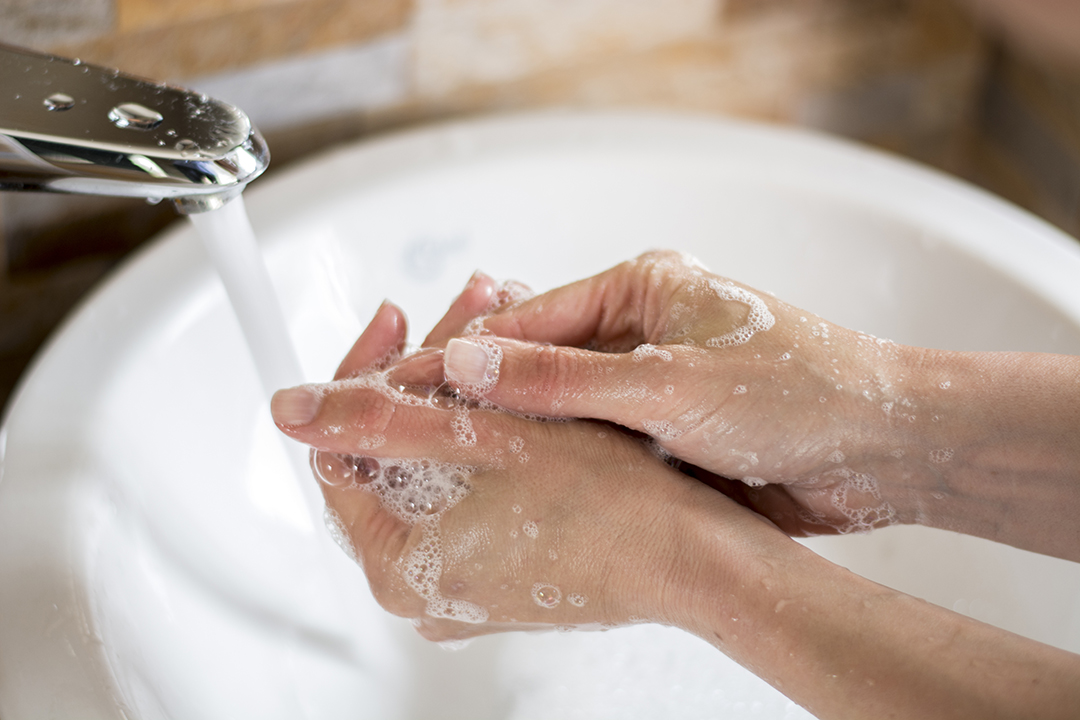 Why it’s important to wash your hands

25% of Australians are affected by some form of Type one allergy, which includes asthma, hay fever, urticaria and anaphylaxis. Allergies can come in the form of food, pollen, dust, house mites, mould or even allergies to animals.

Over the years, there have been a number of different hypotheses proposed to explain this disturbing and seemingly increasing condition.

A study was performed in 1989 in the United Kingdom looking at allergies in 17,000 children. This study revealed that younger siblings in large families had less hay fever than their older siblings or children from small families.

Even as far back as 1873, it was considered by some that hay fever was a disease of the educated class, with the observation that this condition rarely occurred in farmers or people who lived in less sanitary conditions.

The hygiene-infection-allergy hypothesis has been proven wrong, with the studies demonstrating that there is no link between exposure to viral illnesses and pathogenic bacteria in early childhood and less allergies. But, there does appear to be a link between exposure to a diverse range of good bacteria, fungi and other bugs that don’t make us sick.

I often quote my grandfather, who didn’t have an ounce of medical training, stating to me on numerous occasions: “If a child hasn’t eaten a bucket of dirt by the age of five, then the child isn’t healthy”. Although I’m not suggesting we should see consuming dirt as medical treatment, it certainly appears that there is some physiological sense to what my grandfather was suggesting.

There appears to be a number of good bacteria in dirt that block the allergic response. As our lifestyle has become increasingly centred around living in urban environments, the studies have shown that those who live close to green, bio diverse ecosystems are healthier, have lower blood pressure, less diabetes, premature death and allergies. Those people brought up on a farm or near forests have much less asthma and allergies. Thus the suggestion is that the increased diversity of healthy bacteria with reduced pathogenic bacteria trains the immune system not to react to potential allergenic triggers.

On the subject of infection, with the ongoing focus on the coronavirus, it’s important to not forget that since October of this year there have been 10,000 deaths in the US alone from influenza. There have been 19 million people infected and 180,000 hospital admissions. The average number of deaths per year from influenza is 12,000 (many more than Corona has affected so far, although we have only been into the epidemic for just over a month). During the rather severe flu season in 2017-2018, in the US there were 61,000 deaths. The rather vicious H1N1 strain in 2009 was estimated to kill around half a million people.

Finally, recent research has shown that the coronavirus can persist on surfaces and remain infectious for an average of 4-5 days but in some cases up to 9 days. This is especially so with low temperatures and high humidity.

In our modern world, we are over exposed to a variety of surfaces that we touch on a regular basis, such as escalators,  elevators, armrests, the check in kiosks at the airport, ATMs, the security trays regularly reused so often when we are going through the gates at the airport, restroom doorknobs and faucets etc etc. It has been estimated that only 20% of people in airports have clean hands and only 70% of people using the bathroom wash their hands, and only a few adequately. Improved hand washing has been estimated to slow the spread of viruses by around 25%.

My strong message to everyone is when you wash your hands with soap and water or some other solution such as an alcohol-based solution, sing to yourself happy birthday because this is the amount of time you need to have your hands washed thoroughly. You should always wash your hands after using the bathroom or touching any surface that has been potentially touched or used by another human being. This may sound a bit excessive but you may prevent yourself from developing influenza, coronavirus or some other nasty infection.