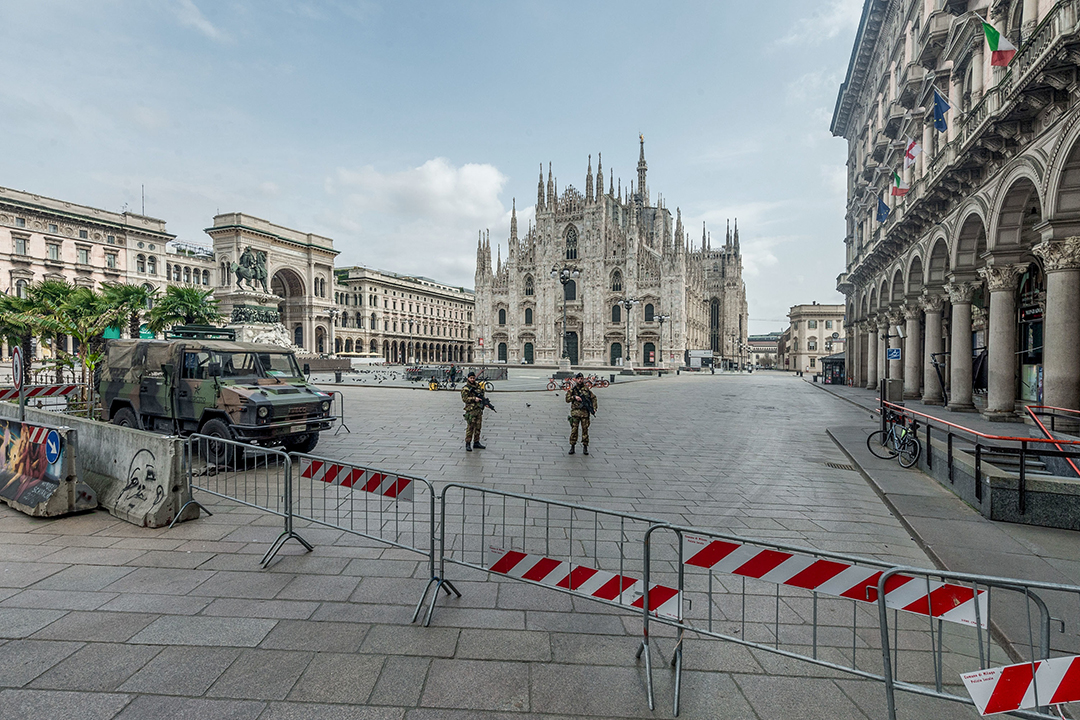 Why are there so many deaths from COVID-19 in Italy?

I am writing this article on Sunday 22 March, 2020. I have included a graph showing the marked increase in cases over the past week. Firstly, let me make the point that this is no surprise with such a contagious illness as the coronavirus. It is, however, crucial that I make some very important points about this infection with our knowledge to date.

During the week, a health spokesperson in Australia made the comment that there is the potential for 15 million cases and 150,000 deaths in this country alone. This may be the case but the reality is that in a country of 25 million people, we recorded our first case in late January with the first death on February 29. Therefore, in just over eight weeks of active infections in this country we have only experienced seven deaths in very sick elderly people, most of whom were in high dependency nursing homes.

As of this morning there were 1,072 reported cases during this eight week period of which 1,019 were still active, with only two of these cases being considered serious or critical. This is in stark contrast to a place like Italy where the cases appeared to start around a week after Australia and they now have a total of 53,578 cases with 4,825 deaths. Of the current 42,681 active cases in Italy, 93% are considered mild and 7% serious or critical, which basically corresponds to their current death rate. Our current death rate is 0.65%.

We therefore need to ask ourselves the question: what is the clear difference in number and severity of cases between the two countries? Australia has a population closing in on 25 million, whereas Italy has a population of just over 60 million. If the virus behaved in a similar fashion in both countries, assuming it started around the same time, why has Italy had 50 times the caseload of Australia and close to 700 times more deaths? We are all Homo sapiens with allegedly similar immune systems, so surely there can't be that much of a difference.

I believe we need to consider the circumstances in both countries to find some answers. I'm not suggesting these are definitive but purely suggestions that may give comfort to the people very scared about the potential consequences of this virus in Australia at both a personal and community level.

Firstly, and very importantly, the virus has really taken hold in extreme climates. Viruses typically like cold weather with this first emanating in freezing cold Wuhan with daily temperatures just above zero. Coronavirus then took hold in northern Italy, South Korea and Iran during their very cold winters. In Australia, we've only had a few cold days over the past week, somewhat corresponding to the rising infections but when you understand simple maths, infections such as these double every few days. But in our country, we haven't seen the massive amount of infections experienced in Italy and other places. Our winters are never as cold as the places mentioned.

Secondly, we have a very low smoking rate in this country of around 13% of the adult population, whereas the countries significantly affected by the coronavirus have a much higher rate of smoking. There are an estimated 360 million smokers in China and tragically 60% of male doctors in China are smokers.

Thirdly, the areas where the virus has really taken hold are heavily polluted and when you combine cigarette smoking with heavy air-pollution, this is a recipe for disaster, even without a clearly contagious and very toxic virus.

Also, there have been some questions about the reporting of deaths in Italy as opposed to a place, for example, Germany where the death rates appear rather low. It has been suggested that elderly people dying from other conditions have also been lumped into the Corona bag and thus the estimation of death rates may be higher than reality.

They have also been some suggestions about the standard of medical care in Italy but having personally been involved in research with some of my Italian colleagues and have witnessed their medical practices, I believe these statements are somewhat unfair.

It does appear, if we can believe the information, that the virus has slowed markedly in China, with no new case reported over the past few days.

There have been some preliminary reports to suggest viable treatments for coronavirus including a drug hydroxychloroquine when combined with 2 HIV drugs , noting a published study in the New England Journal of Medicine last Thursday (March 19) did not show an benefit from the two HIV drugs alone for Coronavirus. An established anti-flu drug, Favipiravir, has shown some promise in a Chinese study and even the novel suggestion of using the old method of taking antibodies from people who have recovered from the virus and injecting them into people with the virus has been touted as a possible therapy. A vaccine is still 12 months away, despite trials commencing in the US last week.

There is also the concept of herd immunity, where the community develops some immunity when there is a significant number of infections and are exposed to small components of the virus purely through human contact. This is one argument used by some to keep schools open to allow the less vulnerable members of society, the young to have some exposure. A recent small analysis of eight people recovering people from coronavirus in Singapore has shown a mutation in the virus to make it less toxic.

Regardless, I still believe coronavirus will continue to be less toxic in our country for all the reasons detailed above, which at present, does appear to be the case. It is my opinion that we do need the government restrictions imposed with quarantine, self-isolation and social distancing. In Australia, it appears that the economic impact may be even worse than the health effects of the virus but I'm certainly not diminishing the potential problems with this illness. I certainly have not changed my mind over the past few weeks about comparing Covid-19 to influenza, noting that during a very weak flu season last year in Australia, we still had 900 deaths over four months. To date, we have had seven deaths over eight weeks but this may escalate with the viral doubling time but as I mentioned earlier, only two out of the current 1,019 cases are considered serious at present. Hopefully these statistics will remain the same but clearly the amount of infections will markedly escalate over the next few weeks and unfortunately at this stage no one can predict when this will start to diminish. All we can really do is take the China experience where the first case being reported on 31 December 2019 (although there are some suggestions of the virus being present earlier than this) and now in the middle of March, the cases are diminishing.

Thus, we should be heading the government and health warnings around this virus, taking all the precautions suggested, including hand washing, social distancing and avoiding crowds, which are clearly now banned regardless. For at least the next month our current lifestyle will change markedly but if we are all sensible (which includes no panic buying – if you are one of those fools who has done this, you should be ashamed of yourself) we should see through this crisis with hopefully life returning to normal at some stage over the next 3 to 6 months.