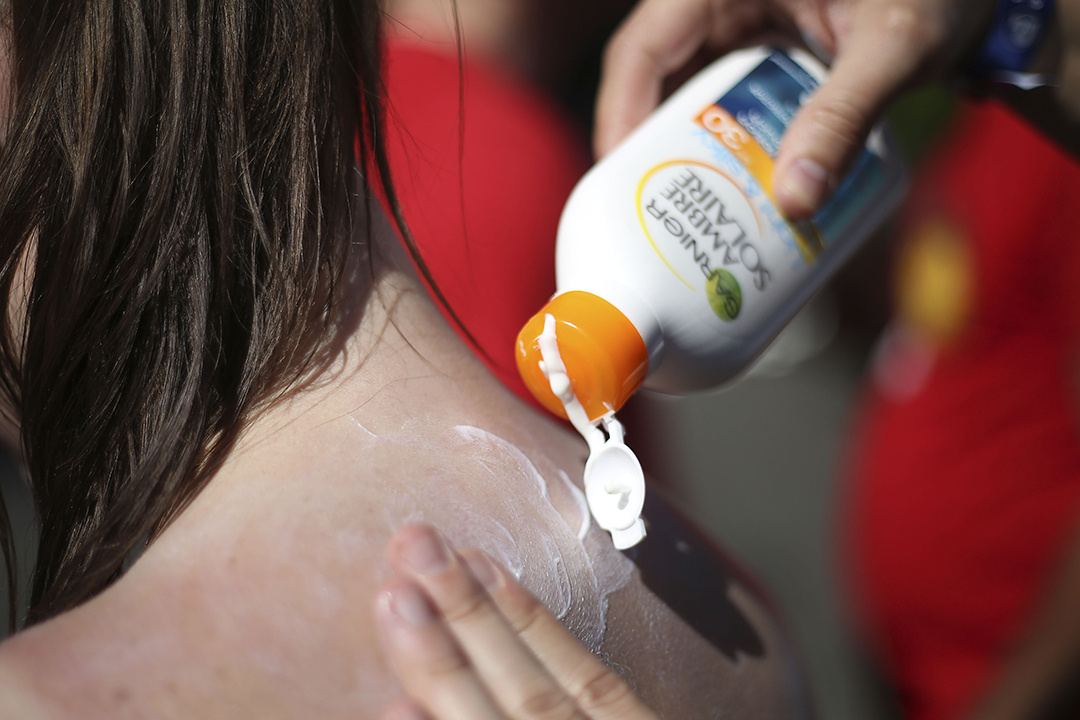 Should we use sunscreen?

A recent study from the US Food and Drug Administration (FDA) has suggested that particular active ingredients in sunscreen are absorbed into the body above the presumed safe levels.

Scaremongering reports were released into the media striking fear in the hearts of many parents who cake their young children with sunscreen to prevent sunburn and it’s known long-term consequences. What was not mentioned in the scaremongering reports is the fact that there is no proof whatsoever that sunscreen ingredients cause any harm in the first place. There was one report around one of the ingredients possibly related to hormone disruption in laboratory animals. How many times have we heard that old chestnut?

Immediately, a number of celebrities with no medical training came out with tweets and comments on other forms of social media (that doyen of accurate, scientific reporting) reinforcing the scaremongering and thus inducing more fear in the general public, as if there wasn’t enough already.

The study did show that all four common ingredients in sunscreen were absorbed into the human volunteers’ bloodstreams at concentrations that were above the FDA’s safe level of 0.5 nanograms/ml. The chemicals involved were avobenzone, oxybenzone, octocrylene, and ecamsule.

The study took 48 healthy human volunteers and applied one of four sunscreens over most of the body once-a-day and then four times per day over the next three days. In most people participating in this study there was a significant absorption into the bloodstream over and above the so-called safe levels. This occurred after a single application. These levels were significantly elevated for a number of days after one application. But experts in the area stated that even though levels were above the safety cut off, they are still only at very small amounts, which should not have any major long-term effect. They also point out that there are some mineral sunscreens that are not absorbed from the skin which contain zinc oxide or titanium dioxide.

The reality in Australia is that we are the skin cancer capital of the world because of the harsh Australian sun. Melanoma is the third most common cancer diagnosed in Australia and along with our brothers across the ditch in New Zealand, we have the highest rates of melanoma in the world. By age 85, 1 in 13 Australian men and in 1 in 22 women will be diagnosed with melanoma. This is not even considering the non-melanoma skin cancers. Every year there are over 650 recorded deaths in Australia from squamous cell cancer and basal cell cancer.

What is definite science is the direct link between sun exposure and skin cancer, which clearly can be a lethal disease, if not detected and treated early. Interestingly, we have embraced the “keep out of the sun” message to the point where now a third of the Australian population is vitamin D deficient. Vitamin D deficiency is clearly linked to a variety of conditions including osteoporosis, cardiovascular disease, cancer, type 2 diabetes, depression, asthma and even multiple sclerosis.

Good health is all about balance. We should be avoiding direct sun exposure between the heavy burning times from 10am to 3pm and if we’re out in the sun during these periods (especially, of course, during summer) we should be wearing a wide brim hat, long sleeves and applying sunscreen to the exposed areas of our skin. There has been no definite health risks associated with sunscreen use but we have seen reduction in skin cancer with these strategies.

Regarding vitamin D levels, 15 minutes of sun exposure outside the heavy burning times or potentially even taking a small dose of vitamin D 1000 I.U. daily may also help. I also believe that having infrequent measurement of vitamin D levels is a good guide to ensure proper dosing of this vital natural chemical.

Let’s face it, the media enjoy sensationalist terms, such as breakthroughs and health scares. But for those of us working in the health professions, it is important to present responsible and evidence-based data. I enjoy visiting the beach and swimming but I make sure I do not spend too much time in the sun. I have played sport outdoors for many years and despite applying sunscreen to most of the sun exposed areas, I was not diligent in putting sunscreen over the bridge of my nose. You guessed it: I had a basal cell cancer removed from this area. I have regular skin checks with my dermatologist and like the rest of my body, I look after my skin as responsibly as possible. It’s never too late to start, which, in my view, includes the responsible use of sunscreen.