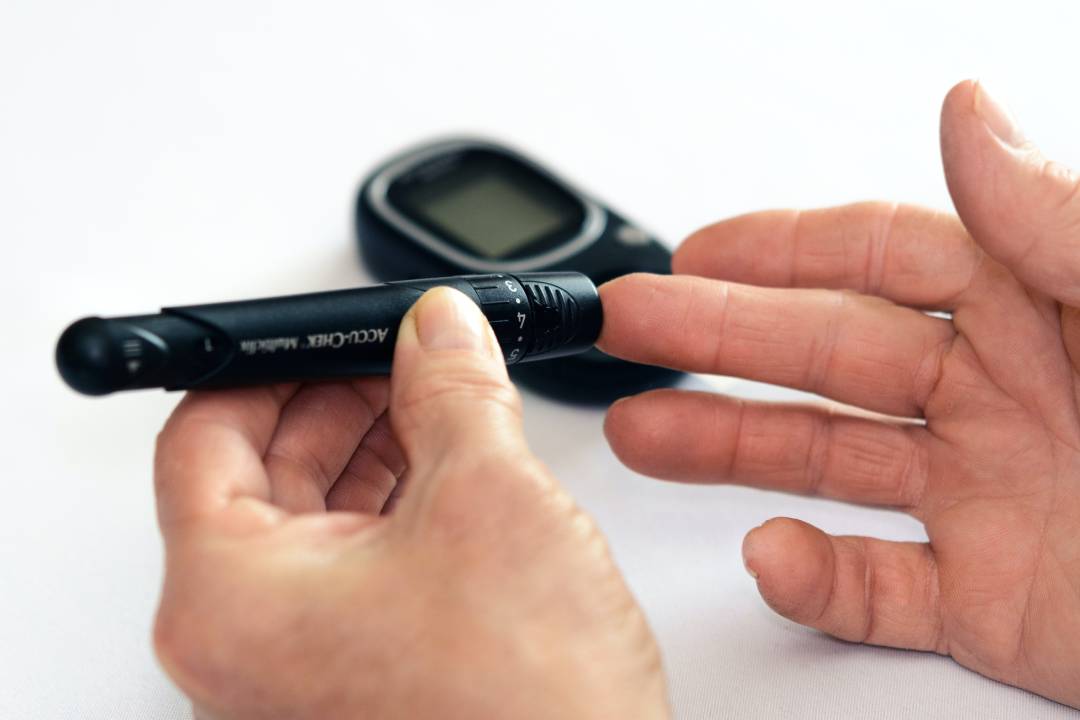 With 8% of the adult population in Australia suffering type 2 diabetes, this condition and its less common cousin, type 1 diabetes may induce devastating complications affecting the macrocirculation, leading to heart disease, stroke and blockages in the arteries to the legs known as peripheral vascular disease. All forms of diabetes may also cause problems with microcirculation, potentially damaging the small blood vessels in the eyes leading to a condition known as diabetic retinopathy, damaging the kidneys leading to diabetic nephropathy and also affecting the peripheral nerves, a condition known as peripheral neuropathy.

The effects on the macrocirculation tend to be more related to specific cholesterol abnormalities related to diabetes, a more significant risk for hypertension and certainly made worse by the, thankfully, decreasing scourge of cigarette smoking.

It is felt that the majority of complications seen in the microcirculation are more related to diabetic control with difficulty in maintaining a healthy blood sugar level. Elevated blood sugar levels interact with a variety of proteins and fats to create these products known as advanced glycosylated end products (AGEs) which basically cause the microcirculation to become sluggish and thus reducing the function of the organs affected by these chemicals.

All organs in the body have the potential for disease related to these advanced glycosylated end products. There is a receptor on the outer surface of cells known as RAGE and, you guessed it, this is the receptor for advanced glycosylated end products. High levels of sugar in the bloodstream leads to particles that rip apart a variety of cellular components, including DNA. The damage created by all of the above leads to molecules called damage-associated molecular patterns or DAMPS.

The interaction between DAMPS binding to RAGE leads to a tail of toxic chemicals injuring the cell. A study published on November 24 from the journal Science Translational Medicine has examined the ability of a chemical known as RAGE229 to block this interaction and potentially reverse the damaging effects of these AGEs on the end organs, such as the kidneys and the eyes.

At present, this has only been demonstrated in mice & has demonstrated a degree of reversal in kidney damage & other parameters of organ injury. The scientists involved are working to find derivations of the RAGE229 molecule to hopefully develop a drug candidate that could be taken by diabetics to reverse the organ damage.

Diabetes in all its forms can lead to devastating vascular effects on a variety of organs in the body. To give one example, many medical scientists are now referring to Alzheimer's disease as type 3 diabetes, suggesting that if you survive vascular events in your 60s and 70s as a type 2 diabetic, it is relatively common to develop Alzheimer’s disease because of the profound effects of microvascular damage in diabetics.

A study performed in South Asians living in Southern California demonstrated clearly that adherence to aggressive lifestyle changes is four times more powerful than drug therapy for the management of Type 2 diabetes to prevent vascular complications. Type 2 diabetes is very common in this ethnic group.

Apart from my often quoted five keys to healthy living, the appropriate use of orthodox medicine and evidence-based supplementation is a superb adjunct to lifestyle change.

Thus, my strong advice to you is not to wait until the diagnosis of type 2 diabetes to start your lifestyle intervention. The time to start is right now.

The various effects of alcohol consumption beyond moderation
Exercise: how much is enough?
Keeping healthy over the Christmas break
Omicron: could this be the beginning of the end?
It's all in the Genes