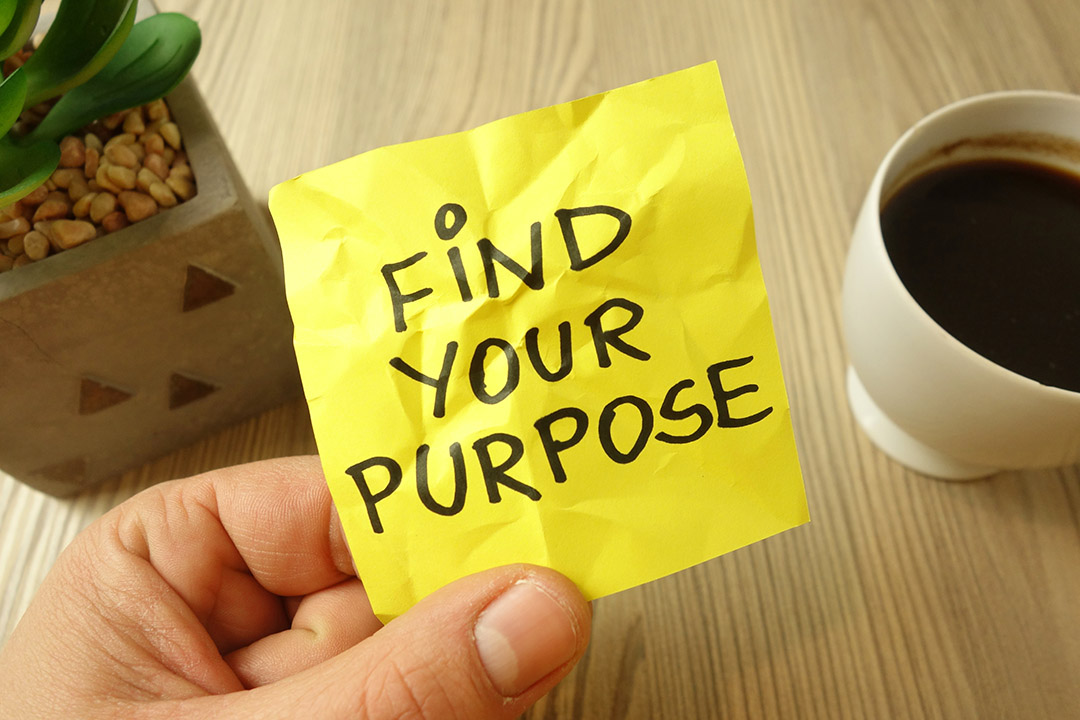 Living your life on purpose

I recently read a brilliant article in new scientist by Teal Burrell titled A meaning to life: How a sense of purpose can keep you healthy.

When you think about this, there are really only two possibilities in life. The first, you’re born, you live to experience good luck and bad luck and then, you die and basically rot in the ground. The second alternative, however, involves some purpose to life with some immeasurable, inexplicable driving force that some people refer to as God or our Soul, which leaves the body at the moment of death, travelling in some fashion to a place that is not earthly.

Many people live their lives because of the prize at the end, with an absolute certainty about where they’re going. Some people see this exit from Earth as a welcome release from their current suffering. So we have to ask ourselves this question: are people who see a purpose to living just deluding themselves?

Some people see this purpose in religion, their career, money, their family or quoting the abovementioned article, “pure escapism”. I must say I believe it is very important to have something to get you out of bed every day rather than just seeing your life as pure existence.

The point of this superb article by Teal Burrell was to analyse people with a sense of purpose and compare them to people without this sense. The article quotes the well-known Austrian psychiatrist Viktor Frankl, who survived Nazi concentration camps and went on to develop Logotherapy, which basically is summarised by his book Man’s search for meaning. The basic summary of Frankl’s work is that life is not the suffering but the way you handle the suffering that makes it important and gives it meaning.

The health advantages of having a sense of purpose are quite striking. The well-known public health researcher Victor Strecher at the University of Michigan in Ann Arbor (whom I’ve had the pleasure of meeting) is the author of the book, Life on Purpose. When Dr Strecher analysed alcoholics who developed a sense of purpose, they were less likely to resume heavy drinking. People who have a higher purpose in life are less likely to develop sleep disturbances as they age. Interestingly, women with more purpose rated their sex lives as being more enjoyable.

A large study from the US followed over 7,000 middle-aged people and found having a sense of purpose was associated with the significant reduction in risk of dying over a 14 year period. The same is true for 9,000 people in the UK over the age of 50, finding that those with the highest sense of purpose had a 30% lower risk of death over a 10-year period. The article also went on to quote lower rates of heart disease, stroke and Alzheimer’s disease in people with a higher sense of purpose.

Prof Strecher was quoted as saying that the reason having a sense of purpose isn’t seen as a significant public health priority in that it is too vague a concept to be measured or assessed. Unfortunately, many reductionist scientists along with cynical members of the public still want to believe that having a sense of purpose is purely a form of self-delusion and fear of death.

One of the concepts discussed in the article was whether having a sense of purpose is really just replacement for religious faith. Interestingly, being religious didn’t predict a low risk of heart attack or stroke and again it was pointed out that many non-religious people also have a high level of purpose through other facets of their life. Some people argue that if you have a stronger sense of purpose, you’re more likely to practice healthy lifestyle principles. But there is now increasing research to suggest that a sense of purpose by itself improves biologic markers of good health. Prof Steven Cole from Los Angeles has actually performed research on the influence of well-being and sense of purpose. He focused on two different types:

This is where it becomes fascinating. Those people who were basically hedonistic had a high expression of inflammatory genes and a lower expression of genes that produced disease fighting antibodies. This pattern is also seen in people who are lonely or stressed. For people scoring high on the Eudaemonic scale, the blood markers were exactly the opposite. Often people in the group with a higher sense of purpose and service have much lower heart and breathing rates, and lower adrenaline levels. Basically, this form of sense of purpose switches off the fear-flight-fight system. Interestingly, focusing on a higher purpose and things of value stimulates the part of the brain known as the Ventral Striatum and suppresses the more emotional part of the brain such as the amygdala.

It appears that this form of sense of purpose can also lengthen telomeres, which is associated with reduction in biologic ageing. A practice such as meditation can also protect the telomeres. Both Cole and Strecher give advice on how to strengthen your sense of purpose. It is always important to start small by focusing on making your work more meaningful and putting more effort into your important relationships. Setting goals in each domain of your life, family, work, community and personally can also improve your sense of purpose. The evidence actually appears quite overwhelming that having a sense of purpose is more than just self-delusion. Whether there is something beyond the grave is a discussion for another time and another place but, from all the scientific evidence that has been presented, it appears quite clear that having a sense of purpose and a sense of service to other people is an important end in itself.