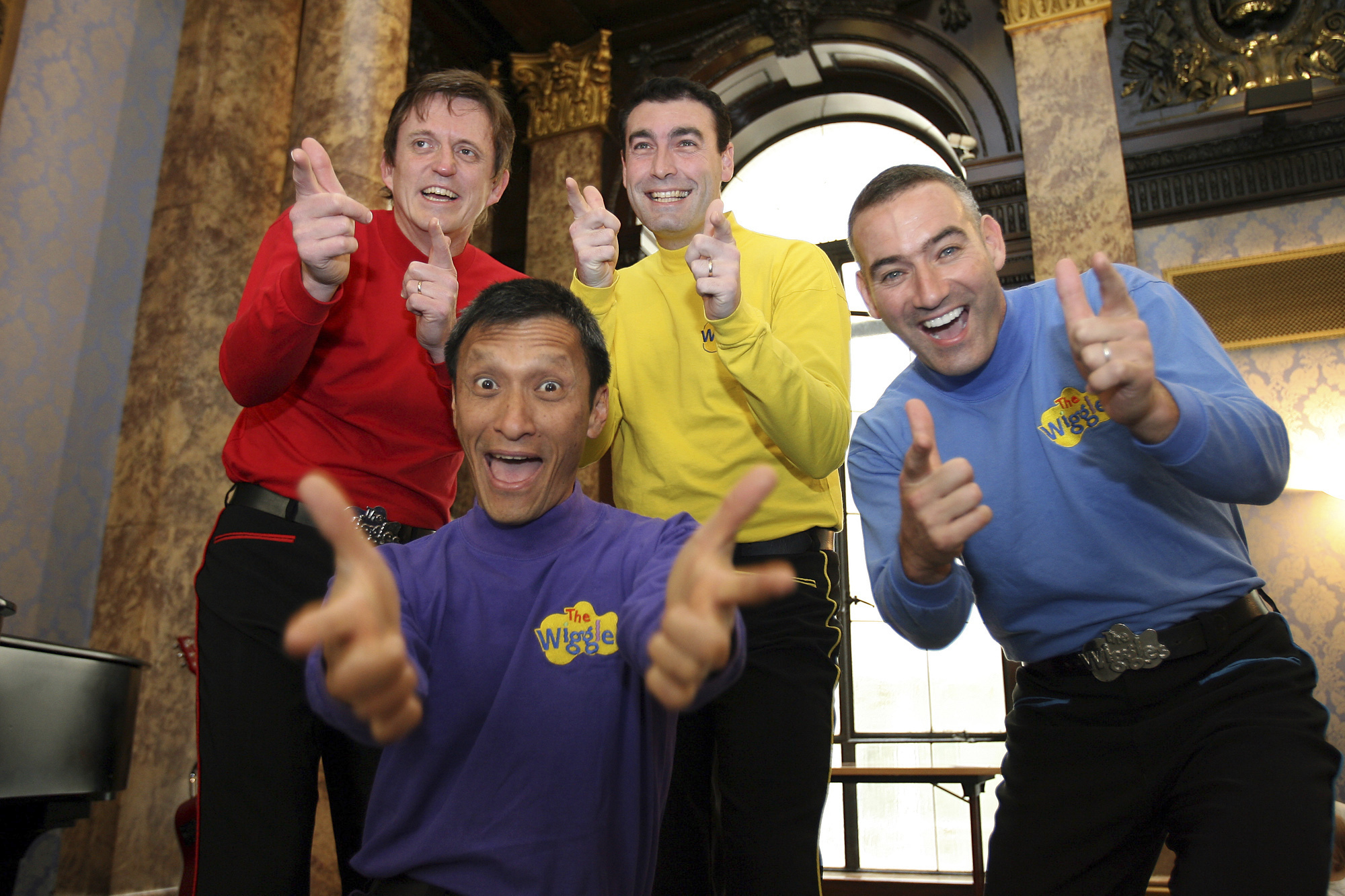 Is there a curse on the Wiggles?

On Friday 17 January 2020, the yellow Wiggle Greg Page came out of retirement to perform a charity concert for bushfire relief with his other Wiggle colleagues. At the end of the concert, when he had just walked off stage, he collapsed and allegedly went into cardiac arrest. His resuscitation lasted 25 minutes, he was taken to hospital where a procedure was performed. The procedure was a coronary stent (a hollow metal tube placed in the artery across the blockage).

Greg retired from the Wiggles a number of years ago because of a chronic condition known as orthostatic hypotension. The cause of this condition is unknown. The symptoms are basically dizziness and potential collapse after prolonged standing. Therefore performing at concerts is not a particularly good idea.

Jeff, the purple Wiggle, had a pacemaker inserted a number of years ago and is now doing well. I remember interviewing him on my radio show soon after the event.

Emma, the new yellow Wiggle, became the poster girl for endometriosis. I’m not entirely sure of the health status of the other Wiggles but I certainly hope they are all doing well.

When a celebrity becomes ill for any reason, it certainly highlights the underlying condition but it is important to realise that every 12 minutes in Australia, a person dies from cardiac disease. Mr Page is very fortunate that he had his cardiac arrest when there were people around, who could administer CPR, the paramedics arrived quickly and he had appropriate, high-quality care typically available in this magnificent country.

Although it is not common for people in their 40s to suffer cardiac disease, it is certainly not rare and in the situation of Mr Page, it is likely that he suffered a standard heart attack, which is associated with a cardiac arrest in some cases. A heart attack is where a fatty plaque ruptures in one of the coronary arteries, and subsequently a clot forms in the arteries. A cardiac arrest is where the heart actually stops beating and typically does not restore beating without some form of cardio-pulmonary resuscitation, which was the case here.

It is possible that Mr Page’s underlying orthostatic hypotension may have precipitated the initial heart attack through a drop in blood pressure through his coronary arteries but equally this may have been a standard plaque rupture, a much more common cause of this condition.

It is clear that when something like this happens, the public spotlight focuses on cardiovascular disease. As a practising cardiologist, I can assure you that the best treatment of heart disease, cancer or any modern conditions, for that matter, is prevention. As Mr Page was treated very promptly, there is the very strong possibility for full recovery, clearly the best outcome. But, it would have been much better for this event to been prevented in the first place. The best cardiovascular screening test is a coronary calcium score, performed noninvasively with a state-of-the-art CT scanner. This test is low radiation, does not require injection or dye and is inexpensive (albeit not covered by Medicare). A recent study presented at the European Society of Cardiology meeting in Paris demonstrated that if your coronary calcium score is below 100, you are at low risk and do not require treatment such a statin therapy to lower your cholesterol, regardless of cholesterol levels. If however your coronary calcium score is above 100, you require further investigations and aggressive management of your coronary risk. Why wait for a heart attack and a potential cardiac arrest? Make an appointment with your doctor and ask to be referred for a coronary calcium score. It may just save your life.