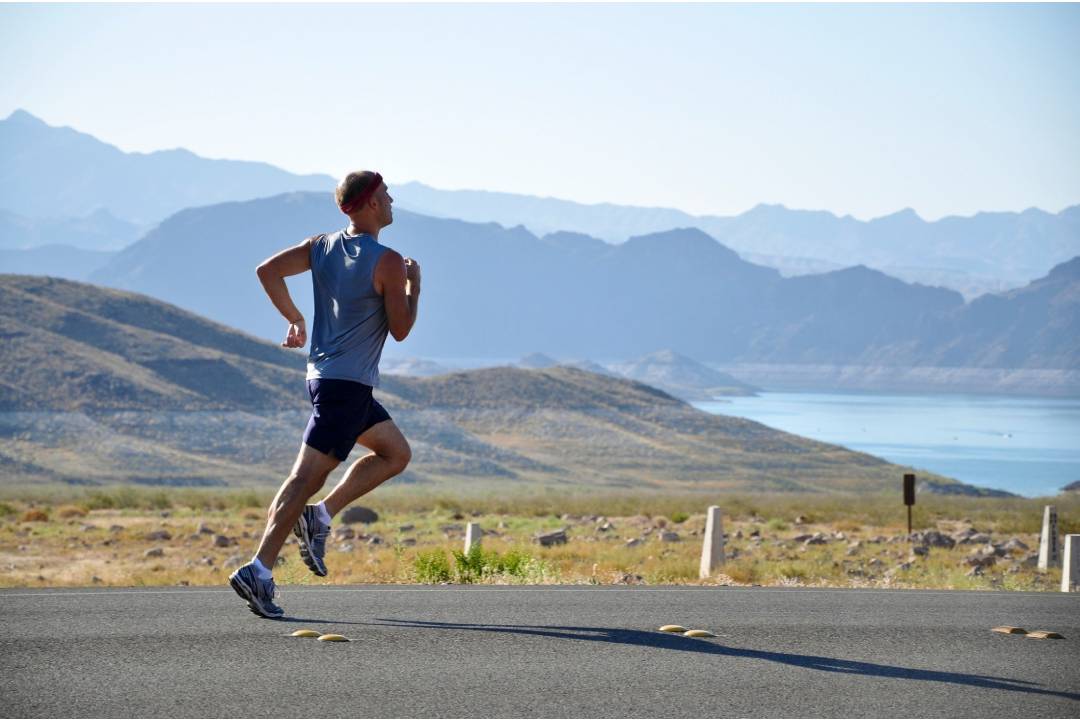 Exercise: how much is enough?

Buddhists are always encouraged to follow the middle path. Basically, extremes in any form of behaviour are not typically good for your health. It is always better to practice moderation i.e. the middle path.

But, there are many people that believe the fitter you are, the healthier you are and there is certainly good medical evidence that doesn't support this notion.

A recent report from Holland published in the journal PLOS Medicine examined the data from 142,500 people with a follow up of just under seven years, asking two important questions:

2) Are different types of exercise more beneficial to your health?

The study examined the relationship between moderate to vigorous physical activity and all causes of death along with major adverse cardiovascular events such as heart attack stroke, sudden death and heart failure.

The study then divided the participants into three groups:

1) Healthy with no significant cardiovascular risk factors and no prior history of heart disease.

3) A prior history of heart attack, stroke or heart failure.

The findings were quite interesting in that the first two groups demonstrated a plateau of exercise where more was certainly not better. The group with existing cardiovascular disease, however, had no plateau and in fact the more exercise, the better reduction in all causes of death and reduction in major cardiovascular events.

The study also examined three types of physical activity which were classed as moderate to vigorous:

1) Physical activity that is performed during leisure.

2) Physical activity as part of household chores and gardening.

3) Physical activity performed as part of an occupation.

Interestingly the most benefits were deemed from leisure activity such as playing sport, other forms of cardio or strength training. There was some benefit from non-leisure household chores and surprisingly no actual benefit from having a physical job.

In my professional talks, I have a slide with the picture of Jim Fixx next to a picture of Winston Churchill. Jim Fixx wrote the complete book of running, didn’t have an ounce of body fat and had completed multiple marathons. He died in a race at of the age 53. Winston Churchill, smoked, drank, was overweight and depressed and died at the age of 91. I often say, “it’s your genes that load the gun and your environment that pulls the trigger”. The reality is that all cardiovascular disease has an element of genetics and those with the more severe genetic abnormalities may still die earlier despite exquisite lifestyle principles.

I have repeatedly suggested that the ideal amount of exercise every week is somewhere between 3 to 5 hours. So, is this just my gut feeling or is there any good evidence for these comments? The study from Holland made some interesting observations and I would like to review some other work in this area.

A recent, long-term study of 25 years followed just over 5,100 people aged between 18 to 30 years old at the entry of the study. For various reasons, the final analysis reviewed 3,175 participants who had undergone eight examinations over the 25 year period and answered at least three questionnaires regarding the amount of exercise they performed along with other lifestyle factors as well.

A coronary calcium score was performed at some stage between age 43 to 55 and the participants were divided into three groups:

1) Those who exercised less than 2 ½ hours per week.

2) Those who exercised between 3 to 5 hours per week.

3) Those who exercised more than 7 ½ hours per week.

The results were quite surprising and, in many ways, somewhat disturbing. When the group who exercised more than 7 ½ hours were compared to the other groups there was a 27% increase in coronary artery calcification, suggesting a lack of protection from heavy exercise for heart disease risk. Interestingly and somewhat difficult to explain is the fact that white males in the third group had an 86% increased risk for coronary artery calcification. The higher level exercise group, for some reason, did not appear to affect cardiac risk in black men or all women. Although there is no clear explanation for this difference I would like to propose the following explanations.

Atherosclerosis, which is the progressive build-up of fat, inflammatory tissue and calcium in the walls of arteries, tends to occur later in women (on average 10 years) and a coronary calcium score performed between ages 43 to 55 is too early to detect significant atherosclerosis in a female population.

People who exercise for more than 7 ½ hours per week are typically (although not always) joggers or cyclists, or professional athletes. There is no doubt that African Americans do make up a significant proportion of the high-level athletes in America, not to mention the Africans who tend to win most of the marathons. It could be that people with darker skin are more physiologically adapted to exercise for longer periods and thus have less evidence of cardiovascular disease.

Regardless, it does appear for those of us who are not professional athletes (i.e. sport being their major source of income) that if you are exercising for good health, the 3- to 5-hour dose per week appears to be the healthiest level.

The second study was fascinating in that it looked at the type of exercise which may be important for specific disease prevention. There are two basic types of exercise; aerobic (cardio) or anaerobic (strength and resistance training). This study of 80,000 people, older than 30 years, commenced in 1994 and continued until 2008 with an average follow-up of about nine years. It looked at strength and resistance training for 50 to 60 minutes per week as opposed to moderate intensity exercise 50 minutes per week e.g. walking, as opposed to high-intensity exercise such as running or cycling for 75 minutes per week.

In all these groups, compared with people who were inactive there was about an 18% lower risk of early death purely by performing the various types of exercise. But, with resistance and strength training there was a 31% reduced cancer risk whereas aerobic exercise produced a 21% reduction in cardiovascular risk. The reduction in cancer death has been repeated in a number of studies in people who regularly perform some form of resistance training.

My suggested reason for this is that cardio exercise improves cardiovascular efficiency through more efficient pumping of the heart and better blood flow to muscles. Because of the more efficient cardiovascular system, there is logically a reduction in cardiovascular death. Interestingly, strength and resistance training increases the fitness and size of muscles, thus improving muscle metabolism and requiring a much higher level of blood flow to the muscles. Logically, this would redirect blood flow away from tumours and thus help prevent cancer death.

A study in the American Journal of Preventive Medicine reviewed 140,000 people participating in the Cancer Prevention Study II Nutrition cohort. It found that as little as two hours per week of walking compared with those who did no exercise reduced overall death risk from all causes. Those who performed the recommended 150 minutes of walking demonstrated a 20% reduction in all-cause death. Interestingly, those who walked for more than six hours per week had a 35% reduction in death related to respiratory causes, a 20% reduction in cardiovascular death and a 9% reduction in cancer death.

A study from the journal Circulation reviewed 152 middle-aged endurance athletes with an average age of 55 and compared these people with normal activity age-matched controls. All participants in the study had no prior history of coronary heart disease or any other significant risk factors. A CT coronary angiogram was performed and in both groups, 60% demonstrated no significant coronary artery disease. But, in the athletes, there was double the amount of coronary plaque compared with those who performed normal activity. Those in the highest risk group had a direct relationship to the number of years of training i.e. the more exercise the higher the risk.

Studies performed on marathon runners have shown that a third had elevated levels of troponin, a marker of heart damage, along with echocardiographic changes in the right ventricle at the end of the marathon.

Possible explanations for this are that:

Probably the most disturbing statistic from all the studies is that 27% of people are inactive and only 50% of people meet the guidelines for recommended exercise.

I have stated on numerous occasions that exercise is the second-best drug on the planet after happiness but it also appears that the correct dose of exercise is important along with the type of exercise to reduce specific conditions. This is why I constantly say that the suggested dose is 3-5 hours per week which should be divided into two-thirds cardio and one third resistance training. Just as the real estate agents say the most important principle is “location, location and location”, those of us involved in preventative medicine state “movement, movement and movement”.

The clear message to me is the vital importance of an exercise program. We all need to be as active as often as possible throughout the day and, in particular, minimize our sitting time. Also, regardless of the nature of our job, have 3 to 5 hours per week of dedicated exercise, outside of our employment and other daytime activities. It is certainly clear from the evidence that more is not better and performing minimal or no exercise is certainly the worst possible scenario for your health.

The various effects of alcohol consumption beyond moderation
Keeping healthy over the Christmas break
Maintaining the RAGE
Omicron: could this be the beginning of the end?
It's all in the Genes