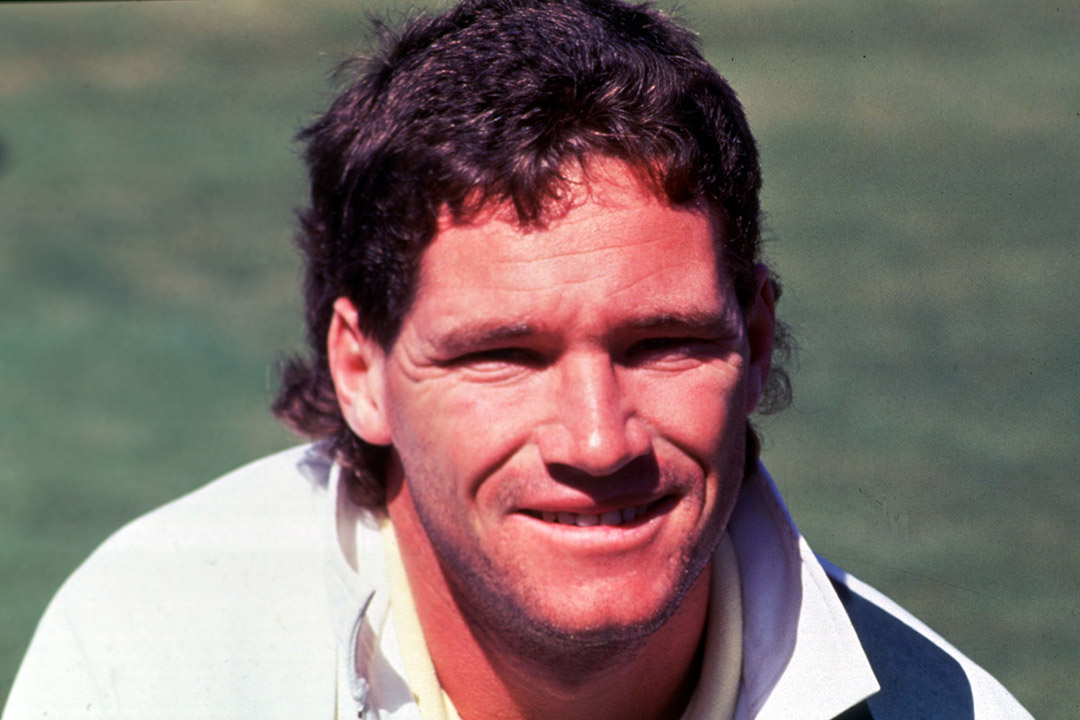 Dean Jones’ tragic death is a wake up call for all

Australia has been rocked by the death of the cricketing legend, Dean Jones, at the young age of 59. Dean, allegedly, had just gone for a run and returned to his hotel in Mumbai where he was part of the commentary team for the cricket IPL.

When any prominent person dies from any condition, there is typically huge publicity for the condition and the only silver lining of an event such as this is that it is a wake-up call for all of us to ensure we have proper preventative assessments.

Of course, I am not privy to the clinical circumstances of Dean Jones and did not know him personally, but like many Australians derived enormous pleasure from watching his extraordinary cricket skills and hearing his astute commentary on television and radio. It is highly likely that Dean died as a consequence of a plaque rupture in his coronary arteries leading to a heart attack and then subsequently the damage induced precipitating a cardiac arrest. A heart attack is the plaque rupture & subsequent clot blocking the artery (the typical, but not only cause of heart attack), whereas a cardiac arrest is when the heart stops working leading to sudden collapse & death, unless CPR is successful. There are numerous, non-heart attack causes of cardiac arrest.

The superb Australian fast bowler and cricket commentator, Brett Lee, was at the scene when Dean collapsed and administered cardiac massage, which unfortunately was unsuccessful and is often the case in this situation. Brett has to be congratulated for having the presence of mind to step in and perform this technique.

I have been saying for many years that all men at 50 and all women at 60, regardless of cardiac risk factors, should be having a full assessment and preventative screen. What we're generally seeing now in cardiology is a whole set of rather accurate but simple questions and guidelines that allow us to predict people's future risk.

A coronary calcium score utilises advanced CT scanning technology to take a snapshot of your arteries with no dye and no injections. It's a simple, low radiation, low cost x-ray that measures how much calcium is in the arteries, which is a surrogate marker for the degree of fat build up.

An important point here is that many doctors are inappropriately ordering an intravenous CT coronary angiogram using the same technology. This involves an intravenous injection, typically with much higher radiation and a much higher cost. There are no studies in the peer reviewed literature demonstrating any benefit from IVCT angiography over calcium scoring as a screening test for heart disease in people with no symptoms.

At the European Society of Cardiology meeting in Paris in 2019, a study was presented showing clearly that if the coronary calcium score is below 100 in a large population of people over 50, there is no value in taking statin drugs regardless of cholesterol levels.

We have at the moment this enormous overprescription of statin drugs to lower cholesterol and people have been given cholesterol lowering pills unnecessarily when they have nothing in their arteries. A study in America of 5,000 people followed for 10 years showed that 77% of people in the trial fit the US criteria to be on a statin, but half of them had a zero calcium score, and the heart attack rate over 10 years was so low that the conclusion of the trial was that the statin drugs were unnecessary in people with a zero calcium score on the CT scanner. So I've been on a campaign for a while now to educate my colleagues, pharmacists, and the public that we shouldn't be throwing around statin drugs like lolly water just because a person has high cholesterol.

In any case, 50% of people with a chronic illness are not taking their pills after 12 months. So I think it's really important people are compliant, but equally it also goes back to drugs being overprescribed. That requires better education of the medical profession and pharmacists about what is appropriate and inappropriate.

Thankfully, we are seeing increasing publicity in raising heart disease awareness and prevention. Of course, the best treatment  is not to get heart disease in the first place, and 90 per cent of modern diseases are completely preventable.

I encourage people to practise the five keys to good health to reduce risk for all diseases by 70% and cardiovascular disease by up to about 83%, in one of the most recent trials. It is three to four times more powerful to practise good lifestyle principles than it is to swallow a pill to lower your cholesterol or control your blood pressure.

It is health professionals' absolute responsibility to stress these principles to the public and put the responsibility for good health back into the individual's hands rather than the doctor's.

Let me make the important point that all heart disease is genetic, but your genes load the gun then your environment pulls the trigger. The first step is always to find out exactly where you are now with a simple, accurate & inexpensive assessment, which includes coronary calcium scoring. Speak to your doctor today about organising this test. It may indeed save your life.