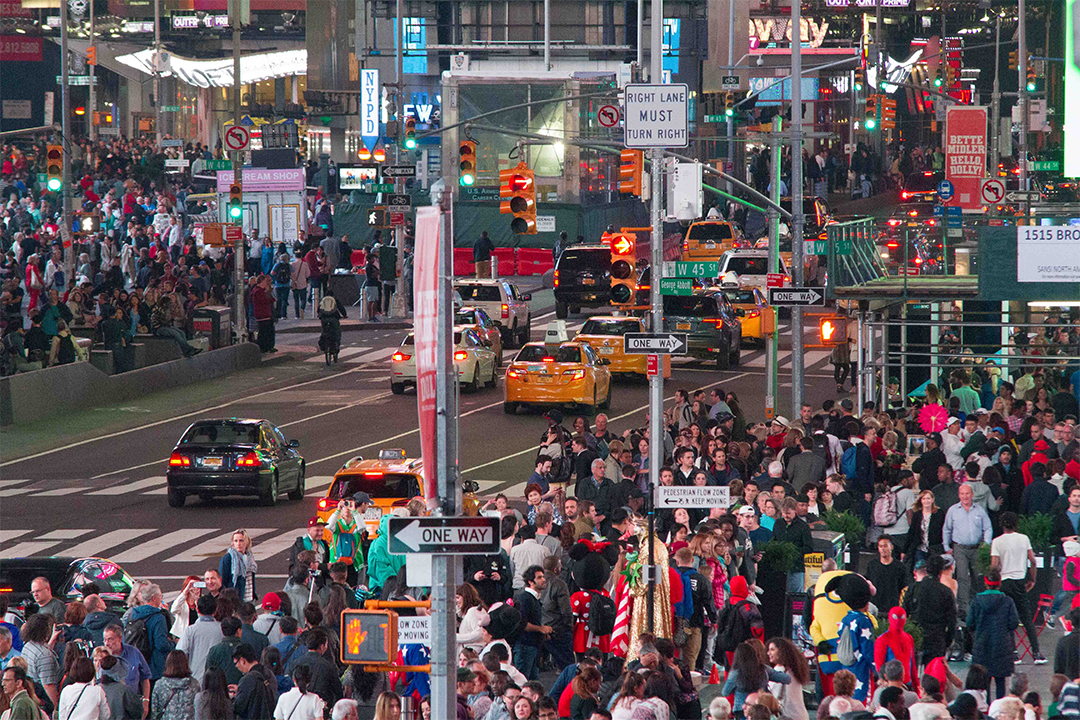 Are our world leaders missing the real issue?

With all of the world leaders flying in their private jets into Glasgow for the recent COP26 conference, they certainly did nothing to improve the aim for zero emissions.

I'm not suggesting climate change isn't an issue and doesn't require urgent attention but what I am suggesting is that it appears that the vast majority of people living on this planet are missing the key issue which is clearly; overpopulation.

Overpopulation is the central cause of climate change, terrorism, inequality in wealth and opportunity, air pollution and, in many ways, central to the cause of our current pandemic from the coronavirus.

There was much said about achieving net zero emission targets but nothing said about controlling the world’s population. Many years ago, the Chinese introduced the one child policy which has now gone by the wayside.

At the turn of the last century, life expectancy at birth was somewhere between 40-50 years old. In developed countries, this is now about 80 years old. One of the major causes for such a low average life expectancy was the high level of infant & childhood mortality in the early 1900s.

Many people would have somewhere between 5 to 10 children, many of whom died before reaching adulthood. These days, childhood mortality rates are so low and therefore having large families for this reason is no longer an issue.

Apart from maintaining the species, having children also ensures people will hopefully help care for you in your latter years.

Until world governing bodies start to focus on the issue of overpopulation, we will continue to see the climate being destroyed, the carnage from air pollution and the generation of many more new viruses and bacteria that may become resistant to modern medical treatments. It may well be, regarding the latter, that strains of the coronavirus & possibly influenza will become vaccine-resistant. We are already faced with the probability of approaching the post-antibiotic era, where bacteria are no longer killed by antibiotics.

This, in itself, may solve the problems of overpopulation which is certainly a drastic method of fixing the problem.

If I can make the analogy here with cancer; what happens with cancer is the cells rapidly divide, rip the nutrients out of the host and pour toxic chemicals into the body leading to death. Therefore, cancers are stupid because they kill the host and therefore themselves. Clearly, human beings are rapidly dividing, ripping the nutrients out of the earth and pouring toxic chemicals into the earth & atmosphere, with the ultimate result that we are destroying all life on earth. Human beings are therefore stupid because they are killing the host and therefore themselves. There is this ridiculous argument for and against climate change with one side being strong advocates and the other side saying it does not exist and is not man-made.

The argument is a side issue because again, using the cancer analogy, if someone is significantly affected by cancer if the temperature goes up or down this is not the central problem but purely a symptom of the cancer or a secondary infection. There is no doubt that human beings are destroying the planet along with many other plant and animal species in humanity’s wake and whether the temperature goes up or down is purely a symptom of this obvious assault by humanity.

Obvious proof for this is now the clear fact that one in eight deaths around the planet is directly related to pollution and in the most heavily populated area of the world i.e. China, this is now one in four deaths.

Some experts have estimated that as a species we can only sustain indefinitely about 4 billion people across the planet and we are now approaching 8 billion. Unfortunately, I can only see two major areas where this assault on the earth by humanity can be altered. The first is to reduce the global population in the first place through restrictions on the number of children being born across the planet. The second aimed at ending the suffering of the dying.

I strongly believe it is the job of every government to look after the disenfranchised and disabled but we all need to strongly consider the contribution each one of us is making to society rather than what we believe is our right to extract from the public purse.

Unless someone with a public profile is brave enough to make these comments and to change the thinking of the population, we will continue to see an exponential rise in the population, wars fought over food and water and a continual rising divide between the haves and the have nots.

As I have stated, the only practical approach here is the best approach to all medical & social issues i.e. prevention. The global community should be working together to reduce the number of children being born into poverty, situations of chronic unemployment and refugee camps by a widespread contraception program. We should also have a tax system that increases based on the number of children in the family.

I believe contraception should be available for free and governments should sponsor programs to encourage contraception with any medical consultation involved in seeking contraception also being free. At its most draconian, it may be suggested that if you are not financially contributing to your community then you forfeit the right to have children. Interestingly, an Australian Labor politician suggested this a few years ago.

There are many civil libertarians who will be horrified by this argument but I am purely making the suggestion that to prevent all of humanity from dying off at some stage over the next 50-100 years we should be preventing births into families where the members cannot afford to bring up the child without government assistance.

Certainly, in my view, there should be no encouragements for people to have children such as baby bonuses etc. Assisted reproduction is another discussion and argument altogether.

There is also the issue of end-of-life care. With the current approach to this issue, it is my opinion that the only function of high dependency nursing homes is to make a huge amount of money for the people who own these homes. The residents and their families often live in misery for weeks to months and occasionally years with someone who is no longer living but purely existing and being kept alive artificially by modern pharmaceuticals.

In Australia, New South Wales is the only state that does not have any euthanasia laws. Voluntary assisted dying for very appropriate and screened cases is one way we can ease the suffering for many people. However, it is my opinion that compassionate medicine is even more effective and less drastic and should be the initial approach in people who have finished living and have entered their death phase.

It is my strong opinion that doctors should be prolonging everyone’s life, but no one’s death. But, I am a strong believer in health span rather than life span. Any sensible doctor knows when a person’s life has finished and their death phase has begun. When a person has entered the death phase, I believe it is the responsibility of the medical profession to ensure that person’s death occurs as quickly, painlessly and with as much dignity as possible. Unfortunately, many relatives and members of the medical profession believe it is their responsibility to pull out all stops and do everything possible to maintain someone’s existence, regardless of the quality of that existence.

The death phase in my view is when a person has a terminal illness with absolutely no possibility of recovering.

This doesn’t just relate to terminal cancer but it also involves end-stage Alzheimer’s disease, a severe stroke with a subsequent disability from which there is no reasonable chance of recovery, severe intractable pain for which no reasonable medical therapy is leading to any degree of relief and of course end-stage neurologic conditions, such as motor neurone disease, once this has reached the stage of severe disability.

If we had a more compassionate system of assisting dying persons in reducing the length of their death phase, not only would people be able to leave the planet with dignity and end their discomfort but we also would be saving millions of dollars in government resources.

Another major issue here is that modern medicine is unbelievably expensive and requires, not only very expensive medicine, procedures and investigations but also high-level expertise to administer all of the above.

Homo sapiens, as a species, in my opinion, have a limited time on this planet and unless we have a radical rethink on how we exist, I suspect that existence will be snuffed out at some stage in the next 50 to 100 years.

There is not an endless supply of resources, oxygen and water on the planet and these need to be distributed equally and fairly across the world.

Until world leaders and the population in general start to consider the enormous and increasing problem of overpopulation, all of the rhetoric about climate change will come to nothing.

As one of the greatest minds who ever lived, Albert Einstein, once said, “we cannot solve our current problems with the same thinking we used to create them”.