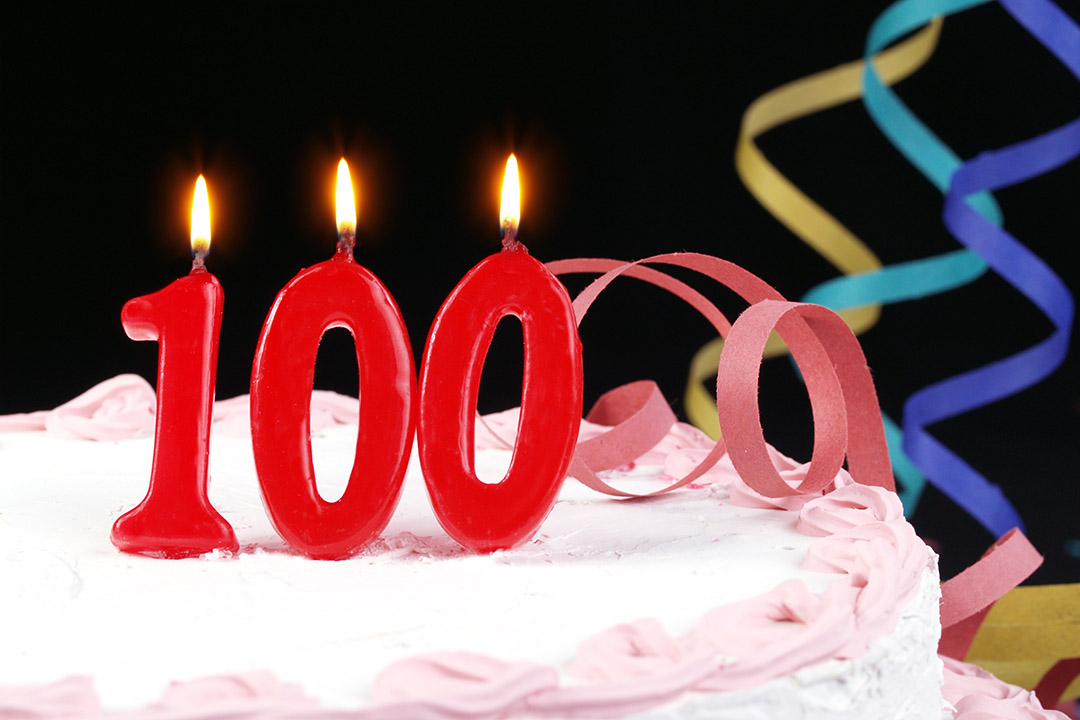 9 ways to hit a century

In the modern world, one person per 10,000 lives beyond the age of 100. There are small pockets around the world known as the “Blue Zones” where people have extraordinary longevity. But is this all good luck and pure genetics or are there lifestyle factors that are also vitally important?

The evidence is rather clear that it is your genes that loads the gun and your environment that pulls the trigger. There have been a number of studies where people have migrated from areas of extraordinary longevity back into more mainstream living and although their lifespan still appeared to be quite good, it was pulled back closer to the pack rather than maintaining the lifespan of their country of origin.

A recent study published in The International Journal of Environmental Research and Public Health from the Washington State University examined the longevity of 145,000 Washingtonians over the age of 75 to determine what factors were present in contributing to people more likely to live to their 100th birthday.

The study suggested that somewhere between 20% to 35% of longevity was genetically determined whereas three key lifestyle factors appeared to contribute to people becoming centenarians. The first (and not surprising) was the walkability of an area. If the area in which a person lives encouraged them to be active, this appears to be a key factor in longevity. Not surprising, but rather disturbing, is having achieved a higher socio-economic status. It's often said that money doesn't make you happy but being poor doesn't help. The third factor was living in an area that had significant age diversity or using the terminology of this study the “percentage of working age population”. The inference from this is that it is better for older people to be mixing with a variety of ages rather than being confined to a retirement village and only seeing people in their age group for most of the time.

The importance of lifestyle factors for longevity is highlighted by the work from the five “Blue Zones” around the world. These places include the islands of Okinawa in Japan, Sardinia in Italy & Ikaria in Greece, the Nicoya province of Costa Rica and the Seventh-day Adventists living in Loma Linda in California. There were some key factors common to most of these groups that appeared to be vital for their extraordinary longevity. It is important to note, however, that in Okinawa, Japan, 16 people per 10,000 live beyond the age of 100.

The nine key points that emerged around longevity from these Blue Zones include:

There are no gyms in any of these areas but these people are constantly on the move and often in rather hilly environments. It is not being sedentary with the constant sitting seen in the modern world that is certainly not a feature of the Blue Zones.

It is vitally important to have something to get you out of bed every morning. Having a life interest or a love for your occupation and equally having a belief in something are very important factors.

I have some patients who proudly boast to me that they work 14 hour days and or they haven't had a holiday in 10 years. I disturb them by telling them I believe they are idiots. We all need time off on a daily basis to relax. In reality, to maintain our energy we need to expend around eight hours per day in active behaviour, eight hours relaxing and around eight hours sleeping. Of course, this doesn't need to be down to the minute but there should not be an imbalance in these three key areas.

In Okinawa they practice hara hachi bu, which is eating to be 80% full. I'm not entirely sure as to whether they have a fullometer on their stomach but regardless they certainly do not overeat.

I have been saying for many years that we should all be having 2 to 3 pieces of fruit per day and 3 to 5 servings of vegetables per day (a vegetable being around a half a carrot as an example). The disturbing fact is less than 10% of the modern world would eat this amount of fruit and vegetables on a daily basis and those who do have the lowest rates of heart disease and cancer in that particular community.

Although the Seventh-day Adventists are non-drinkers, the other community certainly practice the low-level consumption of alcohol but being drunk is certainly not a feature of these societies.

I often say in my professional talks that we should all be putting our efforts into the people who will be standing around our beds when we have a heart attack or crying at our funerals because if we don't invest in them, they probably won't be. No one ever says on their deathbed, “I only wished I worked harder”.

Having a sense of belonging to your community appears to be a vital component of longevity. Become involved in community groups, sporting clubs or become a volunteer. People love the village and love feeling part of that village.

It is vitally important to select the right people to interact with, although I believe much of this has been already said with a sense of purpose, putting family first and belonging. There is no point you trying to be part of a community from which you actually feel isolated. The right tribe may be your immediate family, your close community or even the larger area in which you live.

Interestingly, from all these factors involving longevity, there is no mention of modern medicine. We spend well over 80% of the health dollar in people with chronic illnesses but spend little money on preventative strategies and encouraging people to live healthy lifestyles. Once government bodies and other authorities start to understand this, then we will see some real long-term benefits and results in regard to, not only people living longer, but also people living better.