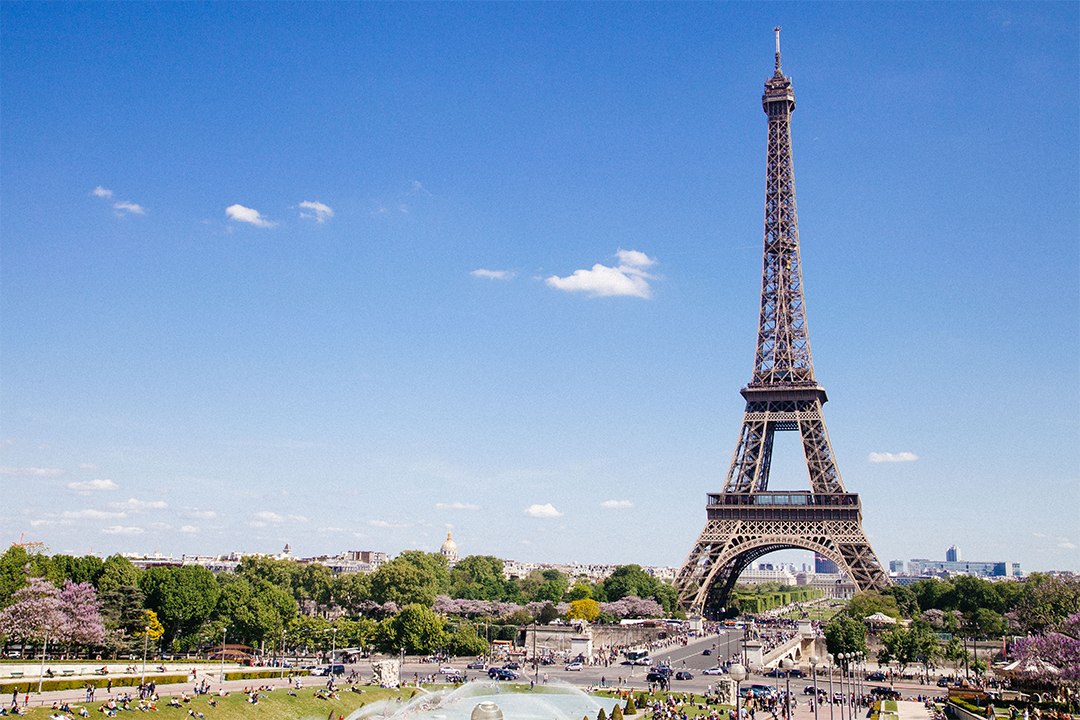 With lockdowns lifted, we’re out in the world again and this writer is but one of the many Australians making up for lost time in Europe. And absence has made the heart grow fonder, as the French greet us with almost as much enthusiasm as we embrace them, as we soak up their ‘savoir faire’, markets, food, wine, art, high jewellery, haute couture, to name but a few of the extraordinary things that make France one of the best places in the world to visit.

My travels have made me acutely aware of how much travelling enriches the soul. And one thing I can’t help but notice are the little things peculiar to different countries that could so easily be missed when jetlagged after flying through the air (the way we Aussies do) to get back to the Continent. I don’t think anyone except Kiwis and Australians really understands what it’s like to be airborne for 23 hours (longer when you add in transit times), turning our lives literally upside down to reconnect, for many of us, with our ancestral homes.

On my recent travels in France, I noticed the following that I’d been too busy to take in on pre-covid trips:

Yes, that stainless steel tiny flip box in the elevator is actually an ashtray. Hard to believe in a world where Aussies and other countries have strict laws against smoking. Did we ever have ashtrays in lifts way back when smoking indoors was legit? Yes, I recall them in cars and many still have them but they now get used for spare change, which is in itself becoming old hat after our pandemic experience. And yes, they were on planes when the smoking section existed (the smoking section was the section in front of the non-smoking section you might recall!) But in a lift, well, that’s another French thing altogether.

2.  I see words you’d never read in the bible

What’s happened to the world when even the humble sock has become the showplace for expletives?! There’s no ‘running’ away from this. I bought numerous pairs of these with many variations on this theme for everyone in my family!

3. Inclusivity has an ever-widening interpretation

Good on you, Lacoste! It’s about time we stopped discriminating on age and size. Saw this in the brand’s window in Cannes. Bit of a shock at first but why can’t someone who’s a larger size with a few years on the clock wear the same clothing as anyone else?!

4. Where has all the mustard gone?

News is that Australia is suffering a lettuce shortage, with stores like KFC putting cabbage in its burgers. How news travels! But due to the drought in Canada (which produces the bulk of the world’s mustard seeds) and the war in Ukraine (another mustard seed supplier), you can’t get a jar of mustard in France (or at least the places I’ve been to). Apparently, mustard seeds have been used in traditional folk medicine as a stimulant, diuretic, and purgative to treat a variety of ailments, so this global shortage, felt more by the French than most, could have multiple consequences!

Check out one of the many supermarkets that mustard addicts (like me) burst into in search of this precious condiment but to no avail. Quelle catastrophe!

But if you order a burger in a Brasserie or you’re even prepared to use the American stuff, you could quell your cravings. But it would seem from the full packets left behind on plates, that the French don't seem too ‘keen’ on mustard that doesn’t taste like the real thing!

5. The pub with no beer, or windows

Formerly open 7 days a week and described as a great place for a drink, located in an upmarket area right near the port in Antibes, The Australian Bar looks like it’s a Covid casualty on steroids. With windows bricked in and graffiti caked on, this bar (with our emblematic kangaroo on show) doesn’t look to be open for some time. This is a pub with no beer, windows or drinkers! For the sake of our image abroad, someone in government should request that this pub be fixed!

6. A new drink on the rocks in the south of France

A piscine is a cocktail of champagne with ice, popular in the south of France. Although loved by jet setters, according to local sources, la piscine has been consumed by grandmothers in the south for some time! Preparing a piscine (champagne on the rocks) is as simple as pouring champagne over a large glass of ice, though rosé is considered a good substitute for bubbles.

7. Love the peonies in France, and their price!

Spring/summer in the south of France means flowers everywhere, from rolling lavender fields to endless buckets of peonies seen in every village market. And the best thing is their affordability, which is a pleasant surprise to any Aussie who has purchased these beautiful Asian roses at home. Best bought abroad!

Alzheimer's disease – can it be prevented?
Cancer – How close are we to a cure?
Breast cancer and blood pressure treatment – Is there a link?
Monkeypox virus: Is this the new pandemic?
Long Covid: The next challenge