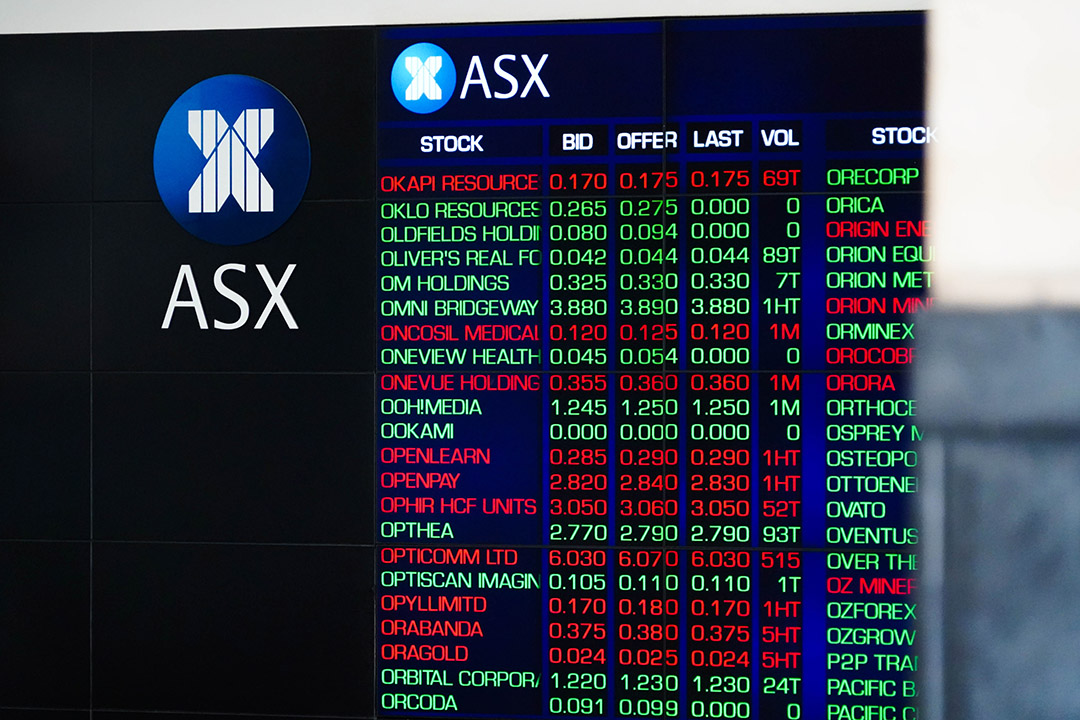 Is this going to be a Shocktober?

It’s always argued that October can be a terrible month for the stock market.

“I remember my electronic media career started in the '87 crash, which of course was in October. The GFC, the first leg down was actually November 1, just out of October. There's a lot of really scary stuff still going on right now. If we get the news that a vaccine's not going to arrive until the middle of next year, that could rock the stock market. And there’s the US election,” said Peter Switzer, when asked if we’re in for a Shocktober.

Peter, Paul (Rickard) and a guest present at the Switzer Report webinar held on the first Friday of the month. Last Friday, their guest was James Dunn, veteran of the share market and long-time expert for the Report. Their focus at this part of the webinar was on the possibility of a Shocktober, a subject that that attendees were keen to listen to.

“What you mentioned then about the vaccine, Peter, that's such an interesting point, because it's crept into various politicians' commentary as though it is a given, and just around the corner. And there may not be one. It was quite worrying to read the comments from the CEO of Merck about six weeks ago. There's been seven vaccines in the last 20 years and Merck's done four of them. And he said that mumps was their quickest one, and that took them four years.

“The kitchen sink's been thrown at a vaccine for COVID. And there's computational power much greater than ever before and all sorts of tools that are much, much better. But I don't think it can be viewed as a given. And the way our state premier and even ScoMo and various other world leaders talk about it as, "Just hang on for a little bit. It's nearly there." Trump said weeks. Personally, like you said, Peter, I don't know if that's a given,” James replied to Peter’s comment.

Without a vaccine, the chances of international travel and unrestricted border openings remains so slim.

“I'm hoping that a vaccine comes up by the end of the year and people start getting jabbed, January, February. And by the middle of the year, we can fly internationally. But they're all hopes. But certainly, I do believe the one thing that's so different from this stock market created recession than anything I've ever seen before, is that I've never seen central banks and governments so quick out of the blocks to help economies. And that's going to be an unbelievable safety net to avoid a massive crash again of the stock market. But the vaccine is the big curve ball,” said Switzer, pointing to the massive federal government stimulus package that was totally uncovered in the Treasurer’s Budget speech last Tuesday evening.

“The one really interesting point is that if you look at it, even though October has this history of these terrible crashes, it also has a history of being the month before the next bull market starts. So, it might be the worst bear market, but after it, a bull market starts. So, that's another sort of positive that I'm hanging onto,” said Switzer, always in search of the silver lining.

Paul was keen to look at other factors that might contribute to a month of stock market shocks and threw a question to his comrade.

“Let's go to the US election and just talk about Biden versus Trump for a moment. If the market starts to think or believe Biden's going to win, is that a positive or a negative for the stock market, Peter?”

Peter’s reply looked at the ramifications of either contender winning power.

“Ordinarily, Paul, I would have said negative, because even though Trump is an unusual man, Wall Street has tended to like him. But the Democrats are going to spend more money. The battle they've got right now is the Democrats want a $2.2 trillion stimulus program. And the Republicans are pulling back for something more restrictive. The bottom line is, Biden is ahead in the polls. Some really smart people say that it doesn't matter, Trump will still win. I think Wall Street is kind of thinking, "Well, if Trump wins, he'll be better for business. But if Biden wins, he'll be better for consumers." Either way, the US economy will do OK. So I don't think there's going to be a terrible sell off,” Peter added.

James looked at the fiscal implications of a Biden win.

“There’s that aspect of increases in taxes. The Democrats are committed to at least a partial rollback of The Tax Cuts and Jobs Act in 2017. That legislation lowered the US corporate tax rates from 35% to 21%. If Biden wins, they’re going to go back up. And wages will be mandated to go up. These things have to flow into corporate earnings. Their program will have some negative effect on corporate earnings. But it may have a sentiment effect of a change of administration, however short term. People may breathe a sigh of relief that the unpredictability of Trump has gone. Who knows whether the Democratic administration will be more predictable, given they are certainly split in terms of how far left they go,” James said.

The trio agreed that Trump is probably Wall Street's preferred choice, with Paul believing that the market hasn’t factored in a Biden win.

“A re-election of President Trump would arguably launch a lot more discord in the US than we've even seen from Black Lives Matter. And that probably wouldn't be good for the stock market,” James said.