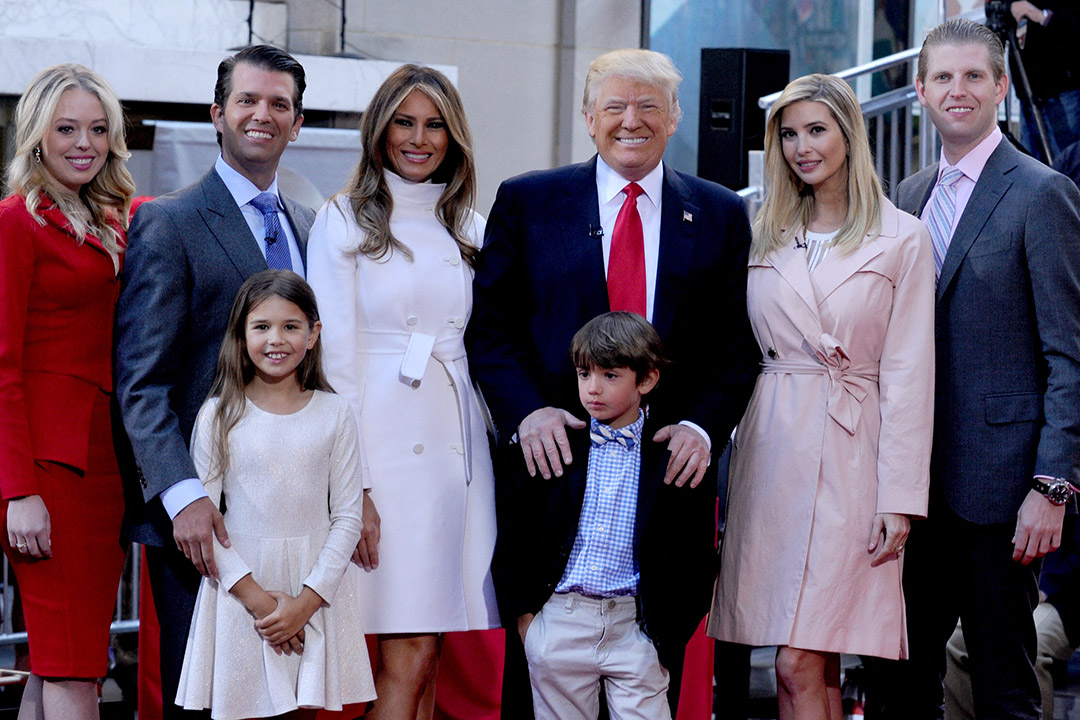 Can Trump pardon himself & his family before he exits the White House?

In his last weeks President Donald Trump is pardoning so many wrongdoers it looks like a conga line, and he’s even thinking of pardoning himself and his family in case crime allegations follow him out of the White House. Is this another case of “Only in America?”

The power to forgive a criminal is one of the most unlimited powers bestowed on a President by the US Constitution, and Donald Trump has activated the debate on just how far this power extends.

The inaugural president of the United States, George Washington, first used executive clemency by pardoning men convicted of treason in the Whiskey Rebellion of 1794. Since then, more than 20,000 pardons and commutations have been issued by US presidents. By late November this year, Donald Trump had pardoned, commuted or rescinded the convictions of 45 people, 11 examples of which are outlined below.

These pardon powers are enshrined in the American Constitution in Article II, Section 2, Clause 1 that provides:

The President ... shall have Power to grant Reprieves and Pardons for Offenses against the United States, except in Cases of impeachment.

When a President actions a pardon, the punishment for a federal crime is set aside. A pardon doesn’t signify innocence but expresses a President's ‘forgiveness’.

A 2017 article in the NZ Herald that quoted extracts from a Washington Post article by US scholars and writers Tribe, Painter and Eisen, threw light on the Founding Fathers logic for including this clemency clause when they were hammering and ratifying the Constitution. “The pardon provision of the Constitution is there to enable the president to act essentially in the role of a judge of another person's criminal case, and to intervene on behalf of the defendant when the president determines that would be equitable. For example, the president might believe the courts made the wrong decision about someone's guilt or about sentencing; President Barack Obama felt this way about excessive sentences for low-level drug offenses. A president might choose to grant a pardon before prosecution of a person when the president believes that the prosecution is not in the national interest; President Gerald Ford pardoned Nixon in part for this reason.”

All requests for presidential clemency are normally directed to the US Office of the Pardon Attorney (OPA) in the Department of Justice for investigation and review, but the President is free to bypass the OPA. Donald Trump often bypassed this office, saying that he was the “chief law enforcement officer of the country” and referring to the power to pardon as “a beautiful thing”. In fact, Trump went so far on Twitter to say that “I have the absolute right to PARDON myself.”

Can a President forgive his own crimes?

Brian Kalt is a law professor, faculty scholar at Michigan State University in the US and author of Constitutional Cliffhangers: A Legal Guide for Presidents and Their Enemies. Trump’s tweet prompted scholars like Kait to speak out. In an article in The Washington Post, Kait looked at whether a President can pardon themself. Tribe, Painter and Eisen declared in The Post that Article II, Section 2, Clause 1 “specifically bars the president from using the pardon power to prevent his own impeachment and removal.”

However other scholars  have agreed with Trump, noting the Constitution’s seeming lack of limits.

Kait says this legal question has arguments on both sides: “all we can say is that a president could try to pardon himself, and that it might or might not work. In my opinion, the best reading of the Constitution suggests that a self-pardon would be invalid.”

Though pardons have been challenged in the courts, and the power to grant them challenged by Congress, US courts have always avoided putting limits on a President's discretion. In fact an 1866 decision of the US Supreme Court referred to this clemency power as “unlimited”, extending it to “every offense known to the law”. Other US courts have said: “An executive may grant a pardon, for good reasons or bad, or for any reason at all, and his act is final and irrevocable. Even for the grossest abuse of this discretionary power, the law affords no remedy.”

This limit to a president forgiving themselves has never been tested in the courts because no President has ever granted a self-pardon, yet.

The imperial power of granting clemency harks back to Roman days when an emperor would give the thumbs up or down to spare the life of a gladiator. In a modern day setting, these ‘unlimited’ powers leads one to utter those classic words “only in America”.

11 examples of the 45m criminals given clemency by President Trump: