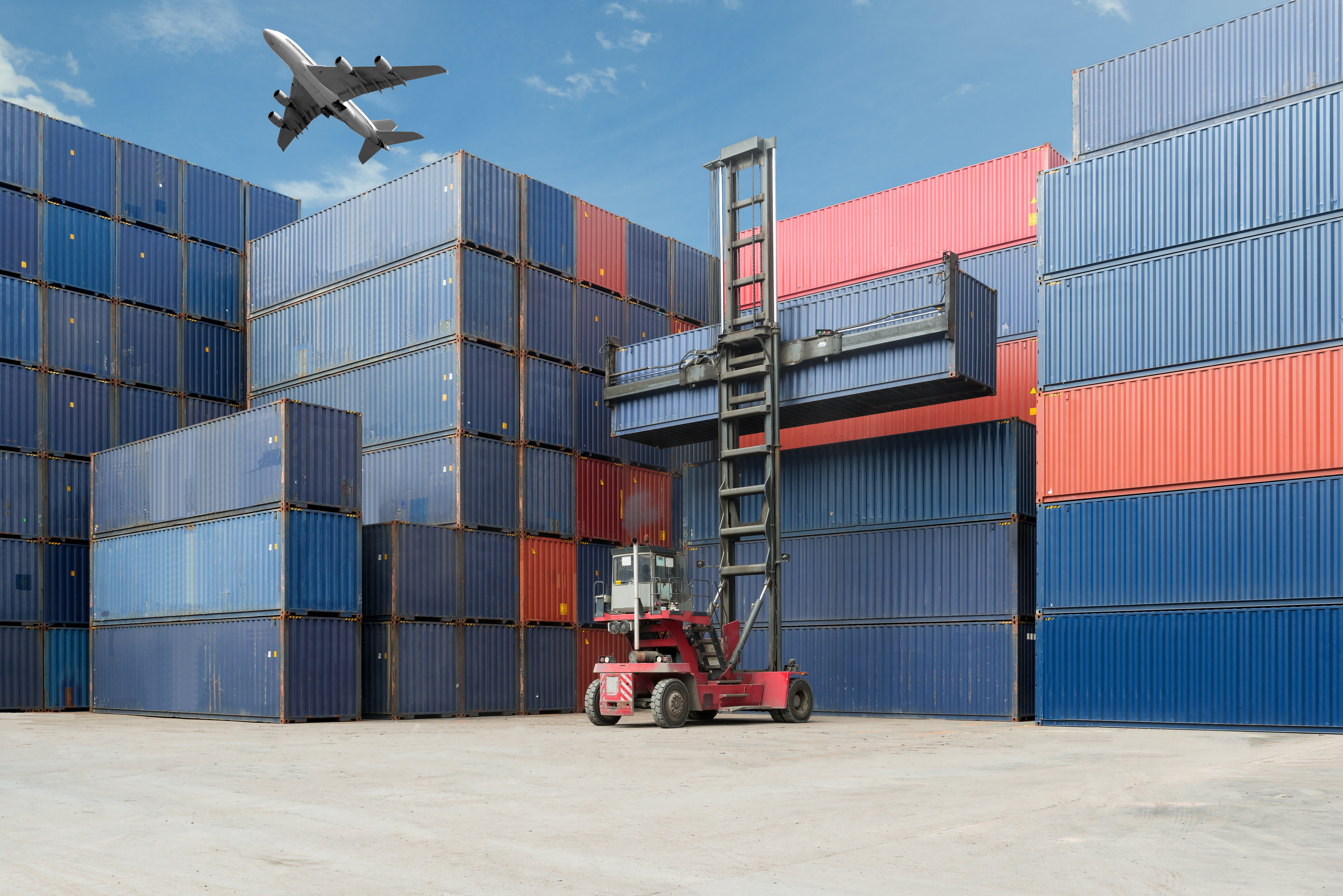 With the Australian dollar likely to come under pressure in 2020 – and likewise, the Australian economy – it’s time to look at companies that are doing well on the export front. Here are four of the ASX’s best export success stories – with a tiny and little-known micro-cap newcomer, based on Australian-invented technology, that aims to disrupt the welding industry around the world.

Sports science technology developer Catapult Group International (CAT) is another of Australia’s software-as-a-service (SaaS) companies taking on the world. In Catapult’s case, it has achieved global scale in the elite sport industry, in which it sells its performance and player wellness monitoring technology to more than 2970 teams in 39 sports, in 137 countries. Soccer accounts for 46% of teams, with rugby and American football both contributing 9%, ice hockey 7%, basketball 5% and other sports (including cricket and Australian football) making up the remaining 24%.

Catapult’s suite of products includes wearable devices that generate physical data, player tracking systems and video analysis tools, as well as technology that can be incorporated into sport broadcasts. Sport teams can track player performance and physical health, to gain objective evidence on effectiveness of training and strategy, as well as manage training load, reduce injury risk and ensure that injured players return to training and games when they are ready to do so. As well as working with some of the biggest teams and organisations in world sport, the company has also created PLAYR, an athlete tracking device for the consumer market.

Catapult listed on the ASX in December 2014 at 55 cents a share. Initial enthusiasm for the stock pushed it above $4 back in 2016, but the stock market got disappointed in the path to profitability, despite strong revenue growth. The stock slid all the way back to 65 cents in February 2019, but has surged again. At the AGM in November investors heard that the company expects further strong revenue growth, with much of that revenue being subscription-based, and recurring. Analysts expect the company to break through to net profit this financial year, FY20 – although dividends are not expected in FY20 or FY21.

Almond grower and processor Select Harvests is one of the world’s largest almond growers, and a large-scale manufacturer, processor and marketer of nut products, health snacks and muesli. It supplies the Australian retail and industrial markets and export almonds globally – the company exports almonds and value-added branded food products to China, India, the rest of Asia, Europe and the Middle East, with about 80% of production exported. The company’s brand portfolio includes Lucky, NuVitality, Sunsol, Allinga Farms and Soland in retail; and Renshaw and Allinga Farms in wholesale and industrial.

Select has just under 7,700 planted hectares of Australian almond orchards, in New South Wales, South Australia and Victoria. About 35% of its orchards will reach maturity over the next eight years, underpinning future growth. The company operates a state-of-the-art almond processing facility at Carina West in northwest Victoria, and a value-added processing facility in Melbourne.

Select’s almond volume surged 44% in FY19, which, with a 6.8% increase in prices, underpinned a 160% jump in net profit, to $53 million. The company is actually benefiting from the US-China trade dispute, increasing shipments into China while the US almond industry has looked to boost its exports into other markets.

The company is affected by the drought: like all permanent horticulture, almonds are thirsty trees, and Select has three million of them. Select uses river water and aquifers and has water rights worth $51 million: water pricing is an issue for the company, and high water costs will persist in FY20, but in the meantime, it is using technology to reduce usage across its crops.

Select did provide earnings guidance for FY20, but analysts expect both earnings per share (EPS) and dividend per share (DPS) to fall: however, the company says its orchards are now consistently yielding over 1.35 tonnes per acre – brokers think this underpins solid growth in future years.

Palla Pharma – formerly known as TPI Enterprises – is a unique beast on the stock market, at one end an agri-business, and at the other, a pharmaceutical business. The company is one of only three fully integrated suppliers of opiate-based pain relief medications operating in the world: Palla is involved from the farm gate to production tablets itself. In the process, Palla exports some of its production to itself: it has production facilities in Melbourne and Norway.

At the raw material end, Palla contracts with Tasmanian farmers to grow opium poppies: from the poppy straw, it derives narcotic raw material (NRM), in the form of morphine, codeine, thebaine and oripavine, and active pharmaceutical ingredient (API), in the form of codeine phosphate and pholcodine). It refines and sells these products to global pharmaceutical firms, and also operates as a contract manufacturing organisation (CMO) supplying pharmaceutical firms with finished dosage formulation (FDF) tablets. As a by-product of its production chain, it also sells poppy seed around the world to bakers and food manufacturers.

A big advantage for Palla Pharma is its unique patented water-based extraction technology, which allows it to manufacture with no toxic solvents and no wastewater treatment – unlike competitors’ solvent-based technology – and lower operating costs.

Palla Pharma achieved positive operating EBITDA (earnings before interest, tax, depreciation and amortisation) in the first half of the 2019 financial year (the company uses the calendar year as its financial year). The tailwind “theme” behind the company is that there is a huge unmet demand for pain relief products in developing countries, with 92% of global supply consumed by just 15% of the global population. Palla believes that strong population growth demographics in developing countries with lack of access to pain medication will open up new markets, and underwrite growth in its markets.

As a producer of narcotic products, Palla Pharma knows very well that the opioid addiction crisis in the United States is a blight on the industry – although it has never supplied into the US. In fact, it makes naloxone, an opiate-derived antidote that can temporarily reverse opioid overdose, and is thus a big opportunity – the company aims to get first samples into the US market by 2021.

EOS is an Australian technology company that develops advanced electro-optic technologies for the global defence and aerospace markets – the company has manufacturing operations in Australia, the UAE, USA and Singapore, and has struck strategic partnerships with some of the world’s largest aerospace and defence companies including Northrop Grumman, Hanwha and Hyundai. US giant Northrop Grumman holds about 5% of the stock.

EOS exports more than 95% of its production. The company’s two biggest markets at present are remote weapon systems (RWS), which allow users to deploy existing weapons with the gunner located remotely from the weapon to avoid casualties from returned fire: EOS effectively invented this product class under various US Army contracts from 1993, and has recently re-invented the product with new technology.  From this base, it has developed counter-unmanned aircraft systems (CUAS) products – for which, read “anti-drone” systems.

In EOS’ system, the drone is detected by radar; the RWS goes onto radar cue and “acquires” the drone with a thermal tracker; the fired round detonates near the drone and destroys it. EOS says this has rapidly emerged as a $12 billion market: the company has already tendered for $700 million worth of anti-drone systems. The broader “conventional combat” RWS market is also a $12 billion market. EOS expects to convert its pipeline of tenders and contracts under negotiation to about $2 billion worth of contract awards for current products over the next three years, to December 2022.

The company’s space business makes laser-based space surveillance systems, which can be used to make satellites safer. EOS recently acquired EM Solutions Pty Ltd, to enter the space communication market: EMS is one of the world leaders in the technology and products for microwave communications.

EOS shares have been on a tear lately: the share price has more than tripled in the last 12 months, and has surged to 45 times 2018 earnings, which makes it difficult to recommend as a buy. But it certainly is a niche exporter going great guns.

Finally, a speculative prospect: Adelaide-based technology firm K-TIG listed in October with the aim of disrupting the welding industry: K-TIG has developed a robotic welding technology which it says is able to precisely weld up to 100 times faster than traditional welding processes. The company's technology – which was initially developed by the CSIRO – uses a robotic arm rather than the labour-intensive stick welding method.

So far, K-TIG has exported the technology to 20 countries, to a range of blue-chip customers such as GE, Siemens and the UK Nuclear Advanced Manufacturing Research Centre, and the company is introducing a “welding-as-a-service” (or WaaS) business model, which provides service delivery through K-TIG’s cloud-linked controller: customers pay a licence fee based on the actual linear metres they weld. This model will generate long-term recurring revenue streams for K-TIG from a global customer base. In October, Precision Fabricators, a world-leading manufacturer of vessels for the semiconductor, pharmaceutical and chemical industries based in Massachusetts, USA, became the first customer to sign up for a WaaS licence.

The K-TIG system is currently being used in stainless steel welded pipes, pressure vessels, tanks, piping and nuclear storage containers. Customer GE – which uses K-TIG to make its gas turbines – describes K-TIG as a much simpler, more robust process than plasma arc welding: GE says introducing the K-TIG proves provided “order-of-magnitude” productivity gains and cost reductions, while significantly simplifying GE’s process and increasing quality and reliability. It says the process “will make fabrication more cost-effective in developed economies such as the US.”

The technology and its applications sound great – but there is no profit as yet.