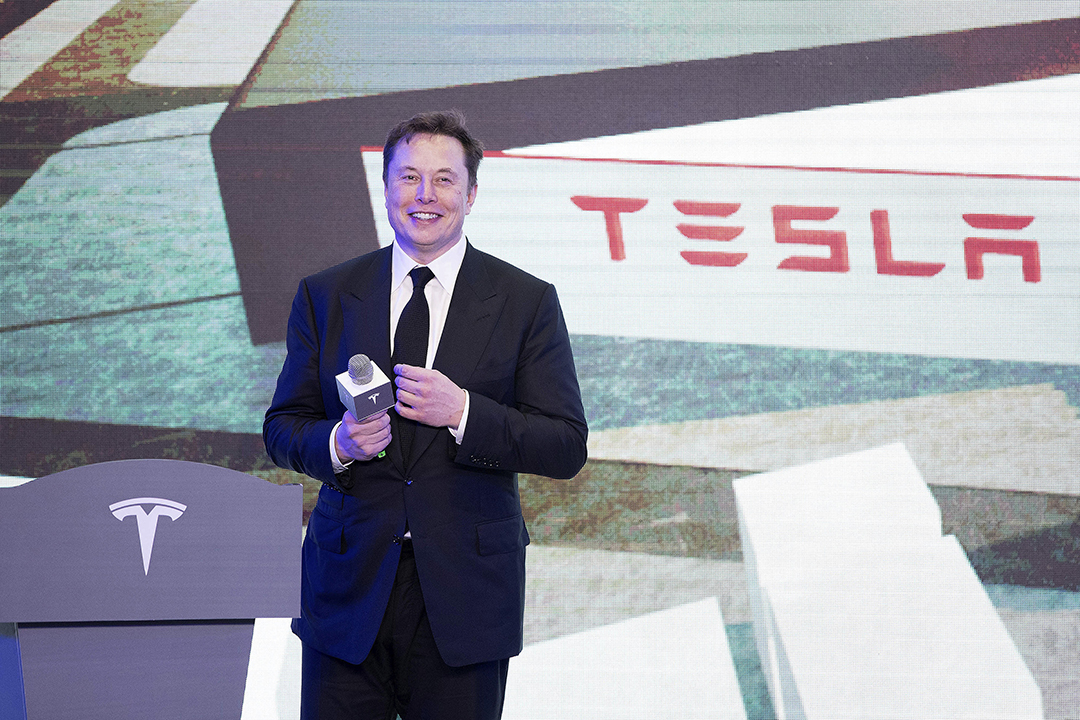 That groaning noise you hear on quiet nights might be coming from the  investors who decided last year to short-sell shares in Tesla Inc, perhaps understandably irritated by the company’s showman CEO Elon Musk.

It’s one thing to find Musk a bit hard to take sometimes, but quite another to be short a stock that has more than tripled in value since September.

What happened? The market was digesting the fact that not only did the company make money in the latest quarter, but also in the quarter before that, for the first time since 2018.

The company reported fourth quarter 2019 earnings of $US2.14 a share, well ahead of analyst forecasts of $US1.72 a share.

US analyst Ihor Dusaniwsky was quoted by the AFR as estimating that the shorts had lost more than $US2.8 billion in 2019. And let us not rub it in about the whacking they have taken so far this year, with the stock having risen $US333 in the five weeks since the year began.

This looks like a situation where the sceptics perhaps looked too closely at the antics of the company founder and not enough at the real numbers coming out.

Jim Cramer, the US CNBC host who appears capable of talking under wet cement, is a solid fan and sees Tesla in the same vein as Amazon and Netflix in terms of overcoming scepticism.

“Wall Street never runs out of money for a company that has the best product, flawless execution and off the charts demand,” he told listeners after the result.

“They don’t come around very often but when they do, the usual financial concerns go out the window and …the real believers make big money.”

The company reported its fifth consecutive quarter of positive operating cash flow, the analysts’ usual measure of how a company is going in its regular operations.

The latest number was $US1.425 billion, well dwarfing the capital expenditure total for the quarter of around $US400 million, which includes helping to pay for a new factory in Shanghai which should double the company’s overall production.

With that capex taken out, the company was still able to report free cashflow of over $1 billion in the latest quarter, for the first time. Free cashflow is operating cashflow less capital expenditure.

The major turnaround moment appears to have been at the end of the third quarter of 2019, when the company reported operating income in the black after two quarters in the red.

Alex Pollak, founder of Sydney based disruptor specialist fund manager Loftus Peak, said that “anyone who claims there’s something hokey about a company generating $US4.5 billion in operating cashflow since January 1 2018, or three years, is drawing a very long bow”.

“By comparison, the company has spent less than $2 billion on capex over the same period, and that includes the Shanghai factory.”

He said ruefully that “Tesla is one of our smallest positions”.

He noted that Tesla is now the second most valuable car company in the world, worth more than BMW, Ford, Daimler, and VW. Only Toyota is bigger.

With the extra Tesla production capacity coming on stream in Shanghai and also a new factory under construction near Berlin in Germany, the company is on track to deliver 500,000 cars this year and a million a year within the next one to two years, Musk told analysts last week.

Musk is clearly on a roll but it was not always so, and his operating style does not help.

He clearly showed signs of strain back in 2018, telling Sanford Bernstein analyst Toni Sacconaghi in early May of that year that his question about the company’s profit  margins on its Model 3 was “boring” ,“boneheaded”, and “not cool”.

The Model 3 is the company’s lowest margin product that for a while dogged Tesla with production difficulties, which now appear to be on the wane.

Musk subsequently apologised to the analyst but then in July 2018, after his attempt to get involved with the Thai cave rescue with a miniature submarine was rebuffed, he described veteran British cave diver Vernon Unsworth as “pedo guy”

A defamation action subsequently brought in a US court by Unsworth failed because a jury decided that phrase is apparently a very common term of abuse in South Africa, where Musk was brought up.

More ominously for investors, in August of 2018 Musk announced in a tweet that  he had secured funding to take the company private. That gave the share price a significant shove at a time when it needed one and the US Securities and Exchange Commission took a very dim view indeed of how he had been playing around with investor expectations.

Looked at from today’s perspective, Musk appears to be aiming to behave in a slightly less spiky fashion than previously, a la Nick Kyrgios, and the numbers emerging from his company are helping him along.

As one Italian psychologist and social scientist Lucio Buffalmano put it carefully because Musk is not a person he’s interviewed, “It is pretty obvious that Elon Musk cannot relate well with people and has impaired social abilities.

But he went on to add, “he seems a good person and I am very grateful we have people like Elon Musk in this world.”

Maybe investors don’t have to feel grateful, but they would do well to filter out the noise and focus on how Tesla’s really going.