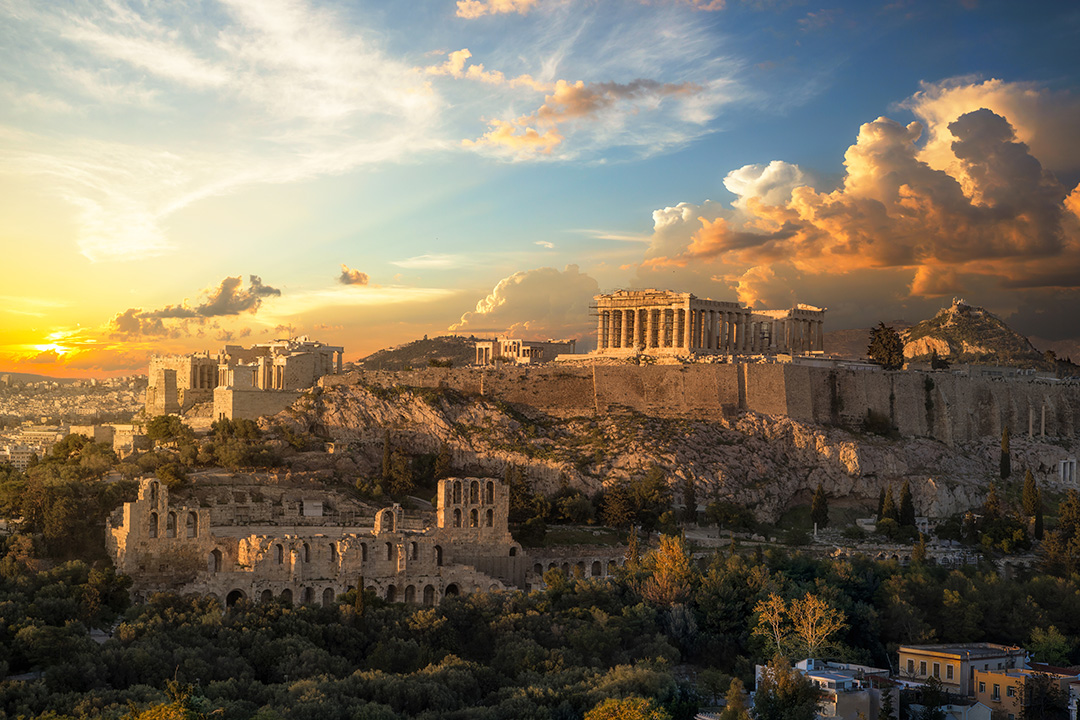 Postcards from Greece: The country known for its struggle rebrands itself during COVID-19

Greece has been unable to shake its reputation and branding as one of the European Union’s “most troubled members” after the 2015 economic bailout scandal. Its close proximity to Italy had many concerned the country would be one of the worst impacted by COVID-19. These concerns were heightened not only by its weakened financial system that is only just finding its feet again, but also because Greece has the second oldest population to Italy, making them one of the most vulnerable countries in Europe.

READ MORE: Postcards from Berlin: “That is what everyone here has been doing…baking”

Out of a population just under 11 million, Greece has recorded 2,566 cases and 138 deaths from COVID-19. 577 cases have reportedly recovered, according to worldometers.info.

From the beginning of March, Greece went into a full lockdown, closing schools, public areas and banning all gatherings, while applying strict social distancing measures. In addition, Greece enforced these measures by informing citizens they could only leave their homes with “movement permits” or face serious fines.

We had a phone call with friends who live in the small town of Aigio, in the Achaea region, who explain what everyday life in Greece has been like during COVID-19.

“If we go outside for any reason that is not grocery shopping or 1 hour for exercise, we get a 300 euro fine,” a friend told us.

Our friend addressed the enforceability of movement permits, explaining that “if we want to go outside for these reasons we must send a text message to our local police.”

On Tuesday 28 April, Greece’s Prime Minister announced their lockdown measures would be slowly lifted over a period of 45 days, until the beginning of July. Movement permits are said to be lifted on May 4.

“We were confronted with an invisible and sneaky enemy, we took unprecedented measures, the economy paralysed, we stayed away from those we love and from the churches,” said Prime Minister Kyriakos Mitsotakis.

The government has released official documentation of a “lockdown lift roadmap”, which highlights the process of what services will open. The last things to open at the end of June/beginning of July is international flights, the Super League and seasonal tourist accommodation facilities.

The number of COVID-19 patients in Greece has been decreasing and citizens have been praised for complying with social distancing measures.

As our friends informed us, and as viral videos on social media confirm, younger Greeks, particularly those who live in cities, have taken lockdowns very seriously and are complying with distancing measures. The stricter enforceability of lockdown measures were mostly due to the elderly, reportedly the most at risk, who were continuing to adhere to their routine supermarket visits, walks and visiting friends and family. Though, once measures were made more strict, the country as a whole cohesively accepted that they would need to adapt to a new normal. This also meant forgoing one of the most sacred events in the Greek calendar: Orthodox Easter.

“We adapted to a new type of Easter this year,” said our friends over the phone. The young family spent their Easter in their small apartment, while their elderly parents who host annual Easter celebrations in their village home with all their relatives, could only share their love over the phone this year. Though, they said they appreciated the time they had to contact more loved ones via phone, on Facebook or on Skype. This action is what brought us together, from Greece to Australia, to share isolated Easter wishes together.

Orthodox Easter is arguably the most patriotic event for Greeks in Greece and the diaspora abroad. Strong Easter traditions have remained a constant part of the Greek identity, and remain unshaken by generational, social and even religious, changes. These traditions are one of the strongest areas of Greek culture, that they have remained part of the Greek identity that even extends to fourth or fifth-generation Greek Australians, despite their own religious beliefs.

This year, for the first time ever for some Greeks, these traditions did not go ahead.

The magnitude of this sacrifice can be relayed when I reflect on my grandmother, who did not even compromise her Easter traditions during World War II. Though, Easter 2020 was adapted to a church service on Facebook, as she spent Easter Sunday outside of the kitchen, with no eager grandchildren to feed.

Though, as a Greek Australian myself, I have been extremely surprised by, not just the compliance of the Greeks, but the positivity, acceptance and maturity they have handled this crisis with – from young to old.

Not just Greeks, but people in general enjoy the feeling of community. The fact that this is not an issue like the Greek economic crisis, where the whole word was pointing the finger at the “struggling” country, and we are truly all going through this together, means no one has felt inclined to victimise. During the 2015 Greek economic bailout, victimisation meant the pride of the Greeks was damaged, and the citizens personally took that on. Now, they are responding in a mature and tasteful manner, and the action of every citizen is making up the country’s identity and collective response to this COVID-19 crisis.

Kevin Featherstone, the director of the Hellenic Observatory at the London School of Economics told The New York Times that the government had “followed the science” by assigning University of Athens disease specialist Sotiris Tsiodras, and deputy minister for civil protection, Nicholas Hardalias as policy leaders during the coronavirus outbreak. The doctor and politician give daily briefings on Greek television and has become a binding community moment for all Greek citizens. So much so that the two men have been voted the “two most popular people in the country” according to a recent poll.

Mr Featherstone noted, “neither of these actions are typical of Greek governments when faced with challenges.”

Prime Minister Kyriakos Mitsotakis who was a former financial analyst, has been praised for his leadership in “trusting the scientists”.

Though, Greece has not been praised entirely for its approach toward coronavirus, as less than 1% of the population has been tested for the virus. This raises concerns about the accuracy of its numbers, as only people admitted into hospitals with COVID-19 symptoms are being tested, as well as people who were entering the country from abroad.

An additional concern, is the crammed, overpopulated refugee camps in the Greek islands that have seen outbreaks of COVID-19.

This we will discuss in more depth in a separate article.