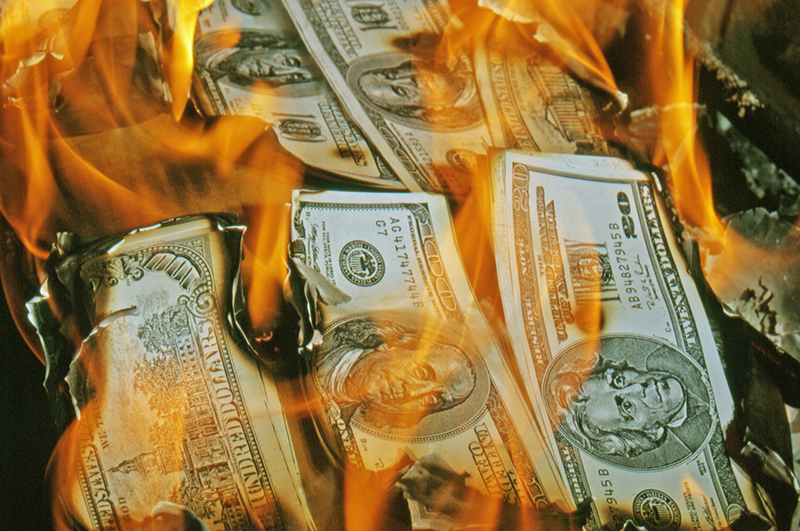 Will the world economy crash and burn in 18 months?

When you’re someone like me and a really smart guy says the world economy will crash and burn in 2020, you have to read what he has to say. This is especially so when Wall Street has had a big sell off and you’d like to dismiss this as a correction and buying opportunity, rather than a crash.

The AFR has got its hands on the thoughts of Nouriel Roubini via a mob called The Project Syndicate, which is headquartered in Prague, Czechoslovakia, of all places. And this is how it describes itself: “A syndicate is a group of individuals or organizations combined to promote a common interest. In the case of Project Syndicate, these individuals are activists, Nobel laureates, economists, political thinkers, business leaders, and the likes from around the world.”

Nouriel Roubini is not a household name. However, in households like mine, where the inhabitants live with someone like me (who watched the Global Financial Crisis unfold day by day, as I wrote about what was going on, knowing this could be the start of the Great Depression Mk II), this guy played a starring role.

After all crashes, ‘experts’ come out of the woodwork to claim they predicted the crash. And of course, some people predict a crash nearly every year, hoping they will get it right and also hoping that the media has forgotten that they’re always predicting doom and gloom.

Well, Nouriel was seen as the guy who most accurately foresaw the GFC market crash coming. A former Yale academic, he has advised the likes of President Bill Clinton and the Treasury Secretary, Tim Geithner, who had to deal with the really scary bits of resuscitating the US economy after the collapse of Lehman Brothers.

Roubini was one of the few economists who predicted the housing bubble crash of 2007-2008. He warned about the crisis in an IMF position paper in 2006. As the stock market crash happened in November 2007, that was a pretty good call. Roubini's predictions have earned him the nicknames “Dr Doom” and “permabear” in the media.

By the way, our own Dr Doom, Professor Steve Keen, was also hailed as a good predictor of the GFC. Then at the University of Western Sydney, Keen received more than twice as many votes as his nearest rival and was judged the economist who first and most cogently warned the world of the coming Global Financial Collapse. He (and 2nd and 3rd place finishers, Nouriel Roubini (New York University) and Dean Baker (Centre for Economic and Policy Research), won the inaugural Revere Award for Economics, named in honour of Paul Revere and his famous ride through the night to warn Americans of the approaching British army.

Since that time, Steve’s predictions have not covered him in glory and his calls on Aussie house price falls were a shocker. Anyone who sold their property after the GFC hit, missing out on the surge in prices in Sydney and Melbourne, would not like hearing his name.

Now Nouriel has also lost a lot of his predictive greatness but few would remember it as well as me. Being an optimist from the time the Yanks put their economic rescue plan in place, I’ve always analysed the doom merchants out there and their analysis. And Nouriel has seldom come out and held very rosy views on many subjects.

However, his 2020 call on a crash and burn scenario for the world economy does line up with the view of the Economist Intelligence Unit on the subject. And I have to say that I’ve written a number of times that 2020 looked like a year, when US economic growth could be getting a little long in the tooth, so I’ll be increasingly on the lookout for signs in 2019.

Why 2019? Well, stock markets generally start showing that some worrying developments are happening. And as smarties and more nervous types start cashing out of stocks, the market becomes vulnerable to a crash.

Writing with Brunello Rosa, Nouriel sets the scene this way: “The current global expansion will likely continue into next year, given that the US is running large fiscal deficits, China is pursuing loose fiscal and credit policies, and Europe remains on a recovery path. But by 2020, the conditions will be ripe for a financial crisis, followed by a global recession.”

This analysis might worry you but it tells me that the current stock market sell off is not the start of a market crash and therefore is a buying opportunity. Of course, that’s based on these guys being right.

In a nutshell, they think Trump’s big budget deficits will be a problem by 2020, and overheating will cause inflation. Inflation worldwide will be made worse by rising oil prices and the President’s trade war will not only add to inflation, it will slow world growth.

In the EU, a ‘doom loop’ of governments and banks holding public debt will be made more dramatic, as growth slows and countries such as Italy try to exit the European Union.

All this will happen against a background of stock markets in the euphoric stage, where share prices have become even more unrealistic than they are today. But that’s not all.

“Excessive high-frequency/algorithmic trading will raise the likelihood of “flash crashes” they predict, along with a whole pile of more complicated financial market issues that are being ignored nowadays.

Emerging economies will have problems accessing capital, as more money flows to the USA and interest rates trend higher, and they expect President Trump to terrorize the Fed over raising interest rates.

Finally, the weapons with which to attack these problems will be limited, as central banks  and governments have used a lot of ammo and have not rebuilt well for the next crash.

All this sounds pretty believable and yes, even for an optimist like me. But you have to know that I’m an economist too, so I can’t ignore the facts and history.

The only way the above scenario does not play out will rest on better than expected economic growth in the USA. Growth kills budget deficits but we’d have to see an end to the Trump trade war scenario and his protectionism.

It would mean that Donald would have to turn his approach on a dime, which he could do, as nothing is beyond this guy. Or else it might mean that he needs to become a lame duck President after the mid-term elections on November 6, which puts this upcoming US poll into very important international significance.

There are economists who think the next recession in the USA will happen beyond 2020 but I reckon we need to see a new Donald Trump or no Donald Trump to keep this growth and rising stock market story on the road.