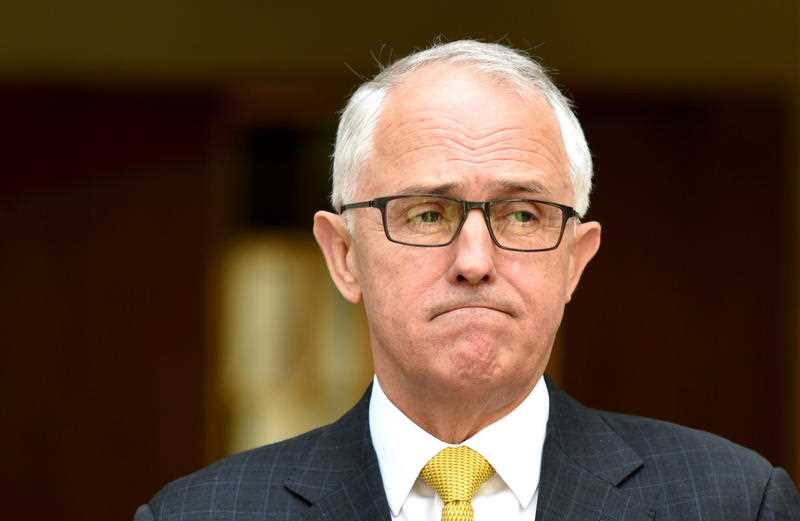 We don't have an economic problem. Malcolm, we need you to lead

Looking at what’s being rolled out of media outlets right now makes me ask the question: “Who in the hell is in charge?” And it makes me ask another question: “Isn’t it time that an adult started to show the way?”

You might ask the way to where, and about what? It has to start in Canberra but it could be good if the media also took a course on growing up. But that then means we, the consumers of media, would have to change what we’re interested in.

Seriously, I know it’s entertaining to see a video of Johnny Depp’s ex complaining about something or gossip concerning Karl Stefanovic but isn’t it high time that somewhere in this place called Australia we had an admirable person who set better standards?

We seem preoccupied with programs on survival in the wild, cooking cakes and petty squabbles between second-rate politicians, excessive social extremists and bloodthirsty journalists, many of whom are my friends.

Sure, this is a sideshow that will always go on and it has since ancient Greek and Roman days but where are our Platos and Ciceros?

Of course, if we want to play the blame game, we have to start at the top.

After the latest polls from Fairfax and Ipsos, this is what the SMH’s Mark Kenny wrote: “Turnbull faces a perilous final parliamentary week as voters turn against his leadership, key legislation teeters against Senate maneuvering, and an emboldened Tony Abbott openly criticises the government while virtually demanding a ministry.”

The numbers weren’t pretty and both the PM and Bill Shorten are as popular as a bucket of prawns left in the sun for a few hours but here are the more important figures. Mark Kenny again: “A ray of hope for government MPs heading into the summer break is that Mr Turnbull has opened up his lead as the preferred prime minister to 51-30, with 19 per cent undecided. He also leads Mr Shorten on eight of 11 leadership attributes.”

I was doing my Final Count Sky Business show from Brisbane yesterday as I’m speaking this morning to a real estate conference but my colleague, Carson Scott, raised the prospect that Malcolm could soon face a challenge!

Sure, Malcolm is polling badly and the ridiculous parliament we voted in at the last election is making sensible politics damn hard, but we can’t be seriously thinking about another new Prime Minister?

When I was growing up, the standing joke was about the Italian Parliament that seemed to change governments more regularly than they changed underwear.

Without a doubt, the PM has to plot a new course. And following the Trump US election win, I thought he came out of the boxes talking about the importance of jobs and growth in an interview on the ABC. He also talked to Ben Fordham on 2GB, which was a break from his usual game plan.

This Parliament won’t deliver any big wins so Malcolm has to start talking to us. I’d by-pass Canberra as much as possible and start presenting a leadership figure who’s sick of the silliness of politics and the media.

The only place Malcolm can win is in our heads. Labor is stuck with Bill Shorten, their Kevin Rudd reforms saw to that and while he’s an OK guy, he’s not inspirational.

We need an inspirational leader, who makes us concentrate on the important things in life and not all things Kardashian.

This week, our stock market faces the concerns over OPEC and the price of oil and the Italian referendum that could throw world stock markets into a spin, if the result says Italy might leave the European Union!

Grexit was big and bad for the stock market. Brexit looked bad until the UK central bank came to the rescue but It-exit could be an earthquake I hope I don’t have to report on next Monday!

Our latest economic growth numbers next week could hit everything from the dollar, future job creation and the interest rates we all pay but who, apart from me and a few eggheads like me, is focusing on all this?

Leadership is so damn hard but that’s the gig when you’re PM.

Malcolm, you’re not in the middle between politicians and the media, you’re at the top! And we need you to take charge, and fast.