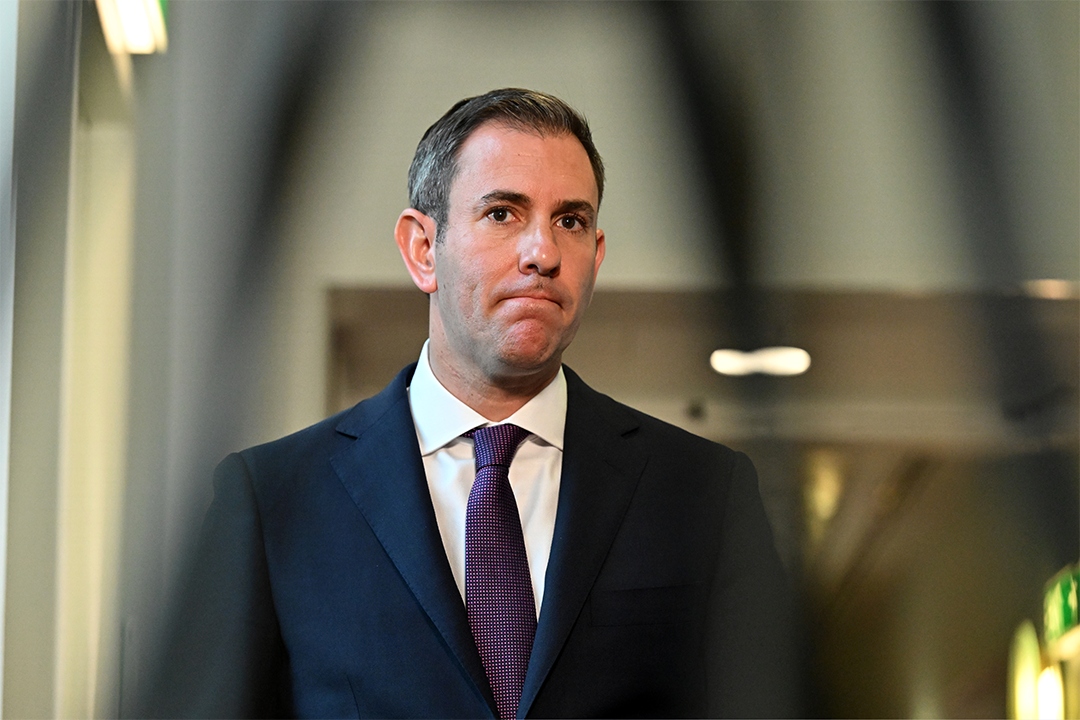 Treasurer Chalmers wants banks to give savers a fair go

Bank share prices could be under pressure today, with Treasurer Jim Chalmers warning the banks that it’s time to give savers “a fair go” following the 1.25 percentage point rise of the cash rate, which is expected to be hiked another 0.5% today.

In a story in The Australian, the country’s top number cruncher knows how the banks’ bottom lines are being helped by the interest rate rises imposed on borrowers to KO inflation, and now the Treasurer wants savers to reap the benefits they’re entitled to.

By the way, if we all save more and spend less, that too will slow down economic growth and lower inflation, so there’s an economic method in Jim’s message to the banks.

The Oz’s economics reporter Patrick Commins says Morgan Stanley analyst Richard Wiles has done a bit of figuring and shows what the banks are making out of their tightwad plays on savers and the rates they offer.

“With the major banks holding $3.5 trillion in interest-bearing assets, even a tiny 0.2-percentage-point net interest margin boost translates to about a $7bn annualised boost to big bank earnings, or $580m a month, according to The Australian’s calculations,” Commins revealed.

For the record, standard online bank account interest has gone up by 0.3%, while the cash rate and therefore home loans have gone up by 1.25% since May.

This hardball approach comes as the amount of savings we stashed away during the pandemic’s lockdown has risen to a record $260 billion, most of which has ended up in the hands of our beloved banks, who Treasurer Chalmers wants to become more loveable by rewarding savers at the same rate as they punish borrowers, to put it bluntly.

And while I completely understand the argument that savers have been treated like the poor by the banks, there is another story that needs to be put out there.

During the year of the pandemic, the banks were recruited by the Morrison Government to help rescue the economy. Their behaviour was out of character in supporting business customers and those with loans, who might have lost a lot of their income.

Their share prices fell and their shareholders copped no dividend or a reduced one because bank profits were slugged because of the pandemic rescue strategy.

This from Reuters takes us back in time: “Australia has made the deepest dividend cuts globally this year, with more than $6 billion deferred or cancelled as companies conserve cash to ride out the coronavirus, turning foreign investors wary of the country’s normally high-yielding firms.”

In addition, the following point was made: “Australia is considered one of the world’s highest-yielding markets but the dividend cuts could cause it to lose some of its competitive advantage. The cuts will be keenly felt locally too among a population boasting one of the world’s highest rates of share ownership and given a A$3 trillion pension system heavily skewed towards equities.”

Dr Jim Chalmers is right to bounce the banks to play fair but banks also need to look after their shareholders, who also are savers, who’ve taken the more short-term risky approach of saving via bank shares.

Also remember this: financial businesses such as banks comprise more than a quarter of the benchmark stock price index and a lot of the bank’s owners/shareholders are our super funds. So, when banks win, so do super fund members. It’s not all a case of the banks winning and we all lose!

Many of us are accessories to the banks’ crimes before the fact!