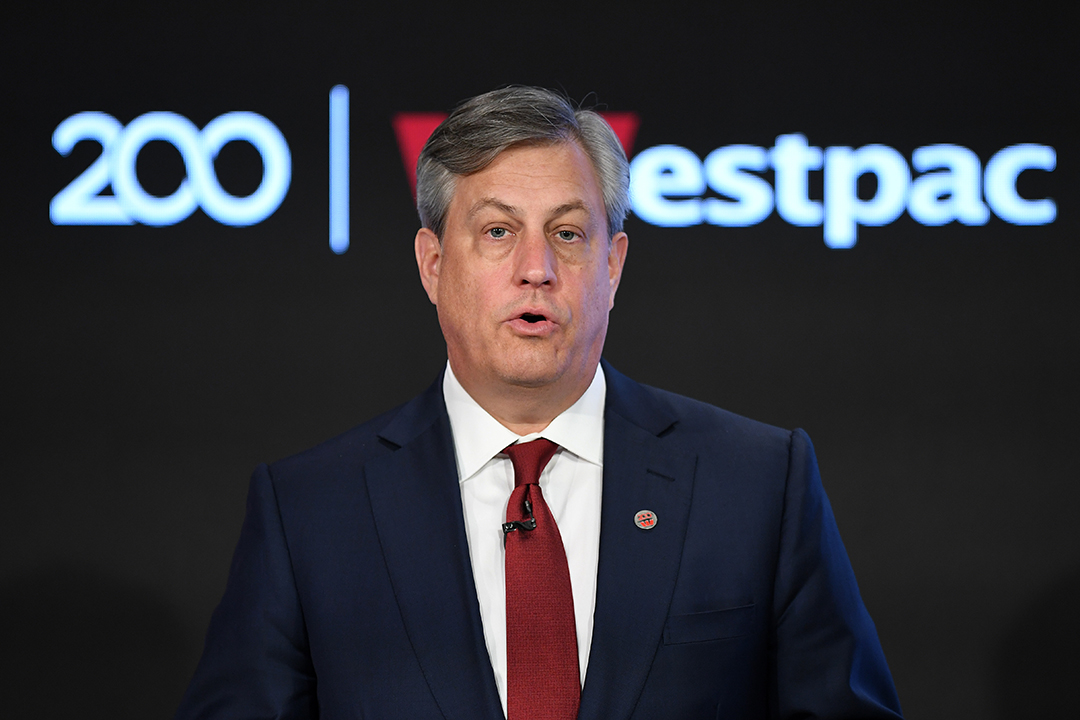 One guy who doesn’t agree that super and the super funds that dominate our retirement wealth-building industry are ignorable and boring is the outgoing CEO of Westpac, Brian Hartzer.

On Monday, they effectively put to the sword any 11th hour attempt to save his job by the bank’s Chairman, Lindsay Maxted, who’s also now on the way out.

Both men learnt how much power the industry super groups have when the people who lead these funds effectively showed Brian the door!

But why do they wield so much power? Consider the following:

• There’s about $2.2 trillion in assets in industry super funds.

Earlier this week, I showed how badly Westpac’s share price had performed under both Maxted and Hartzer, and while there were Royal Commissions and other officialdom decisions to make it hard for banks to make money, the banks also shot themselves in the foot time and time again by not looking after their customers and their brands diligently.

The AFR says one of the super groups service providers representative directed the following at the Westpac leaders when they met. And it says it all: “You were at $30 and now you are at $25 – is this the cost of governance?”

The inquisitor was clearly talking about the share price of Westpac and its fall will directly affect the returns that industry super funds will report to their members at the end of the December quarter. And this story shows that the world of top end of town executives is about to change, as industry super funds, which have largely been driven by the trade union movement, ultimately become the most important shareholders in the country.

In today’s episode of the podcast The Switzer Show I interview Mark McVeigh, a Brisbane City ecologist who’s suing his super fund, REST, for not taking into account the risks linked to climate change, which in turn will affect his future returns.

ESG stands for environmental, social and governance, which companies going forward will be assessed on. And it explains why a big miner such as BHP is making a lot of public noise about how it is trying to be a better climate-concerned citizen.

Last Friday, Australia’s newest billionaire, Mike Cannon-Brookes told the Sohn Hearts & Minds conference in Sydney, that coal will be dead within 20 years, which I thought was a big and questionable call. But if the big funds of the world all become ESG-committed, then maybe Mike will be on the money.

He and Twiggy Forrest are building a solar panel ‘farm’ in the Northern Territory and then running a big cable to Singapore to power up that country. I reckon super funds would be interested in that business, if it becomes a reality.

And while on the super-powers of super funds, I was staggered to learn that our current account surplus that we cracked in September this year of $5.9 billion (which was the first in 44 years) was not just created by our recent run of record trade surpluses but also because of the work of big super funds.

Like all good financial advisers, these huge super funds are investing their members’ money overseas as well as at home. These purchases of foreign stocks, bonds, property, etc. have made us investors in other countries, so we receive dividends, rent and interest, which helps build up the current account surplus.

In the 1980s, when the then Treasurer Paul Keating warned we could end up like a “Banana Republic” if we didn’t lift our game and get productive and competitive, we were relying on foreign banks to bankroll a lot of our life. So we had a big interest bill and not a lot of dividends from overseas companies came here.

All the money we had to repay meant that even if we cracked a trade deficit, the interest bill would swamp it and create near permanent current account deficits.

Well, now that Keating’s super policy created these huge super funds, they too are helping us look less like a trade and investing flunky! In summary, our super funds are helping our balance of payments, which helps us avoid those days when the Oz dollar went under 50US cents.

Super and super funds might sound like they’re boring but as they get bigger and bigger, they will be packing an enormous punch. And CEOs of big companies and future governments will ignore them at their peril.

There are few trade union bosses who know they’ve lost the battle to remain relevant with their members in the workplace but when it comes to retirement income and the world of big business investment, they are winning the war, as Brian Hartzer found out this week.

CEOs of companies that screw up now have a new watchdog, with teeth that ASIC, the ACCC and APRA would love to have!