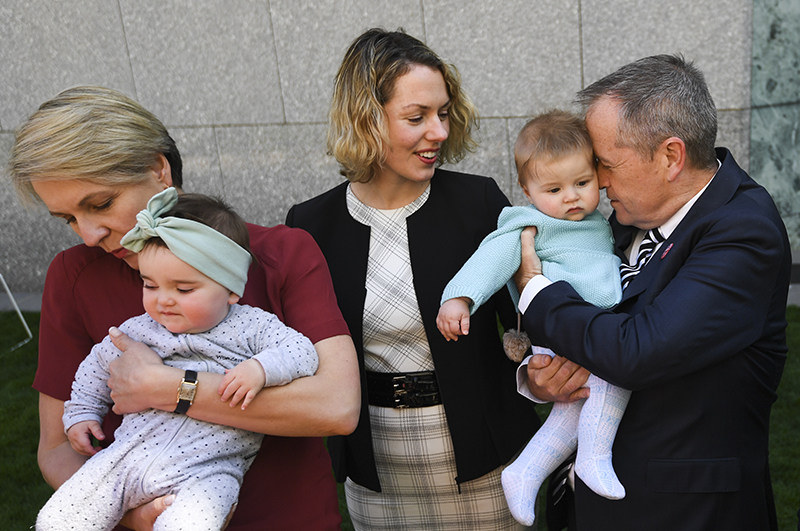 Sorry kids, Bill wants to wipe out your inheritance

The new ScoMo-led Libs team want a pre-election inquiry into Bill Shorten’s plan to deny self-funded retirees the tax rebates many have built their retirement plans on. Now If you’re a young person, you might be thinking that’s an issue for oldies but for many of you, I suggest you think again!

In a recent Switzer investment conference in Brisbane, in a Q&A segment, I was asked by a woman in her 70s what they (self-funded retirees in the no tax zone, who receive tax refunds from their investments) could do about Labor’s plan to deny these people their tax paybacks each year?

I replied that she should talk to her member of parliament but, as I thought about something outside the square, I came up with a better idea.

“You know, I’d call your sons, daughters, nieces, nephews and grandchildren together,” I said. “And tell them all, if Bill gets his way on this policy, your future inheritance will shrink or even disappear as you run out of money and sell-off your assets!”

That brought a big laugh from the audience but a lot of people saw the simplistic brilliance of the strategy. But it also underlined how ineffective the Turnbull Government was at talking to the people. In contrast, Scott Morrison has hit the ground talking to average voters with his Aged Care Royal Commission being a case in point.

As I say: “Make an honest mistake once, that’s understandable. Make it twice, get a new you!”

At this point, I better give you a few facts about the subject because Labor has a point about these tax rebates to retirees not paying tax but getting a tax rebate. Sensible people might think it crazy but there’s a lot of politics and social welfare that has always had trouble passing the “you’ve gotta be kidding” test.

Here’s a simple explanation of what’s going on with these tax rebates. Under current rules, which a hell of a lot of Australians have designed their retirement income on, if someone buys a dividend paying stock, these companies pay a 30% tax. If I’m working but in the 19% tax bracket, I’d get an 11% tax refund, which is 30% minus 19% because my income says I should pay 19% tax.

If I’m in the 45% tax bracket, I’d pay an extra 15% on my dividends from the company (45% minus the 30% company tax rate). But if the company had hypothetically paid no tax, then the taxpayer would pay 45% tax on the dividend cheque!

One guy at that same conference came up to me and said he’d worked his life as a teacher and now was living on $60,000 a year, after saving hard to be comfortable but not rich in retirement, of which $10,000 was from his tax refund from dividends off his shares.

He said if he loses $10,000 out of $60,000, he’d feel the pinch, wouldn’t change cars very often and would have to re-evaluate the odd overseas holiday. And helping his kids when things were tight for them, would be much harder than ever before.

This guy was a classic Bill Shorten supporter and his son was an executive at the CFMEU but he was perplexed how Labor would go after a guy like him.

When the policy was first announced, Bill was going after the people with big tax refunds. And there’s a case for capping how big the tax rebates can be. But if he did that, his number-crunchers would’ve said the money he’d collect would be small. By hitting all relevant retirees, the tax windfall was $3.75 billion over 10 years, or around $300 million a year.

However, he soon found out that there were pensioners with a small number of stocks that received dividends and tax rebates, so he had to change who would and wouldn’t lose their tax refunds. That was embarrassing.

But he needs more embarrassment to make this policy fair and that’s where oldies need to talk to youngies.

And remember this, if Bill gets his negative gains policy passed as future PM, anyone holding an existing investment property will have less buyers at a future sale because investors won’t be able to use negative gearing on an existing property. They will be able to use negative gearing on a new property but when they come to sell it, say to live on the money in retirement, there will be less buyers because it will then be an existing property, which means a lower price will probably be paid.

Let me be clear on this — Bill has shown guts running with these policies upfront but voters need to understand the implications of these policies. They will have big impacts on retirees now and into the future and will have big effects on the size of the inheritances left behind by oldies to youngies.

The AFR says the House of Representatives' Standing Committee on Economics will look into the proposed policy but it’s the Libs who are pushing for this inquiry.

“The Coalition-dominated committee, led by Victorian Liberal Tim Wilson, will inquire into all aspects of what the government has labelled Labor's retiree tax including who and how many would be affected, whether it would lead to increased dependence on the aged pension and how investment behaviour and patterns would change,” Phil Coorey wrote.

This could be a big political issue for the next election, so watch this space.

(By the way, any asset held before the election will keep the 50% capital gains discount and any property now will keep its negative gearing entitlement. But if Bill becomes PM, any new investment asset will cop a rougher treatment for the investor.)