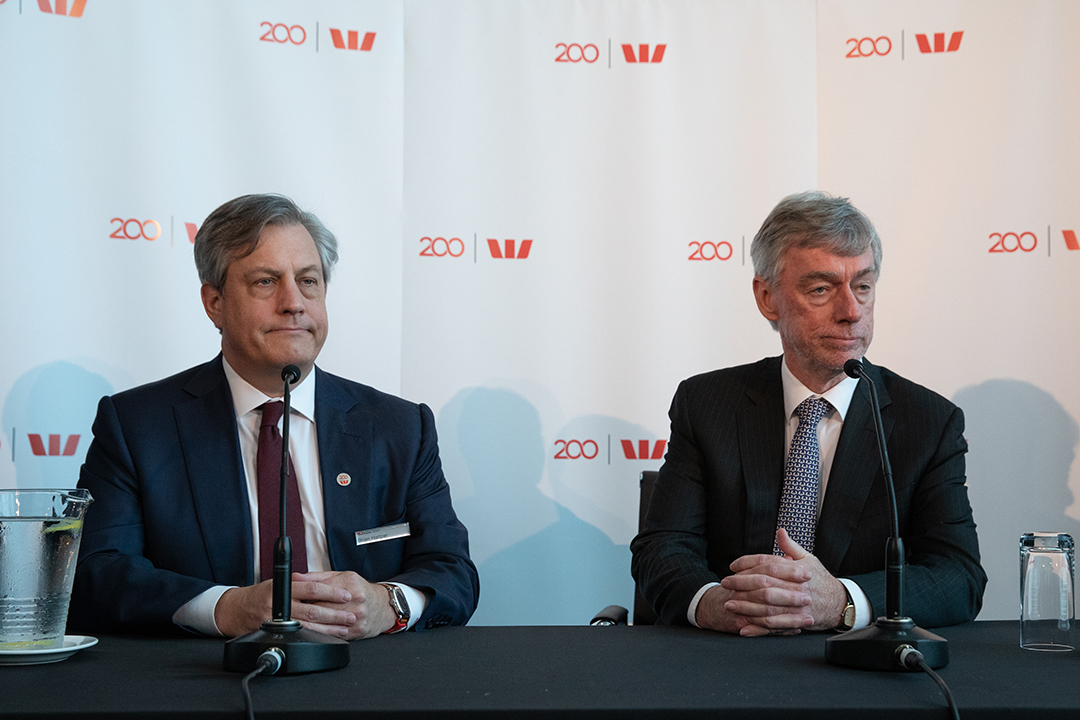 Should I own Westpac shares?

Should Westpac can its CEO Brian Hartzer and its Chairman Lindsay Maxsted? That’s the question I’ve been getting and it’s replacing the “will stocks go up in 2020?” one.

As soon as I bumped into my 2GB colleague, Ross Greenwood when I was doing a spot on Nine’s Today programme on Thursday, that was the first issue he raised.

On a moral ground, the bank’s link to paedophiles, in as much as it has been claimed that the bank ignored illegal money flows, is damning enough. And if AUSTRAC is right in its accusations, people at the top have to take responsibility.

In answering the question on whether the two most important leaders of the bank should go, I point to two charts.

The first shows what happened to the stock market over the five years Mr Maxsted has been chairman. The second chart looks at the bank’s share price over that time.

The scoreboard shows that the stock market has gone up 26%, while the Westpac share price has fallen 23%. And given the banks central role in driving our stock market, this hasn’t been a story of overachievement. Over that time CBA’s share price has stayed about the same at $80, while facing exactly the same kinds of headwinds, which included the Murray Inquiry, which forced banks to be more capitalized, the Royal Commission and significantly the loss of a CEO in Ian Narev.

For those wondering how long Mr Hartzer has been leading Westpac, he succeeded Gail Kelly and took over the bank in February 2015. Over that time, the share price has told a story. When he was given the top job, the share price spiked from around $33 to close to $40 as the new boy in town came with promises. But that means under his watch the share price has fallen 42.5%.

I know this is a terrible numerical way to assess a bank and its leadership but I don’t think anyone would seriously try to defend making it easy for paedophiles to profit from their disgusting behaviour, even if it was purely because of slackness.

Rupert Murdoch made famous his line that “The buck stops with the guy who signs the cheque.” In this case, we have two people who are responsible so we need to ask: “Should they keep their leadership positions?”

Businesses like Westpac need a total new change in personnel at the top and a new way of doing business. The board at the bank needs to be reshaped and given the failure of men in suits, maybe it’s time that this bank went looking for a woman who might just change the way banking is done.

I speak as a Westpac shareholder and as someone who is constantly asked by my readers, subscribers and financial advice clients about the future of the banks and their capacity to keep paying a decent dividend in a low interest rate environment.

Westpac needs a new leadership team and a new way of doing banking that helps its customers and shareholders. It has to come to market with a believable and meritorious brand that is consistent with its enduring Westpac Lifesaver Helicopter service, that was the first thing I thought about when I tried to think of something positive about the business.

The future of banking faces the greatest challenge any bank has ever faced — a millennial generation armed with smartphones, who are very different from previous generations, who simply accepted that banks could behave badly, because, “well, they all did it!”

The younger generations have no loyalty to old brands and if a credible fin-tech business builds an app and has the processes to wow and deliver, the old banks could find themselves digitally disrupted, which would hit their bottom lines big time.

Meanwhile women, who are more and more finding their voice in the public setting with the explosion of social media platforms, could soon become more unified and militant against businesses that show that the old world of chauvinism and hubris are things they won’t easily surrender. NAB lost its CEO and Chairman. AMP also waved goodbye to their ‘top’ two. The longer Westpac tries to save Lindsay and Brian, the more it will tell the market that an important lesson is not being learnt. This will generate a critically important question for future and current shareholders and it goes like this: “Should I be an owner of Westpac shares.”