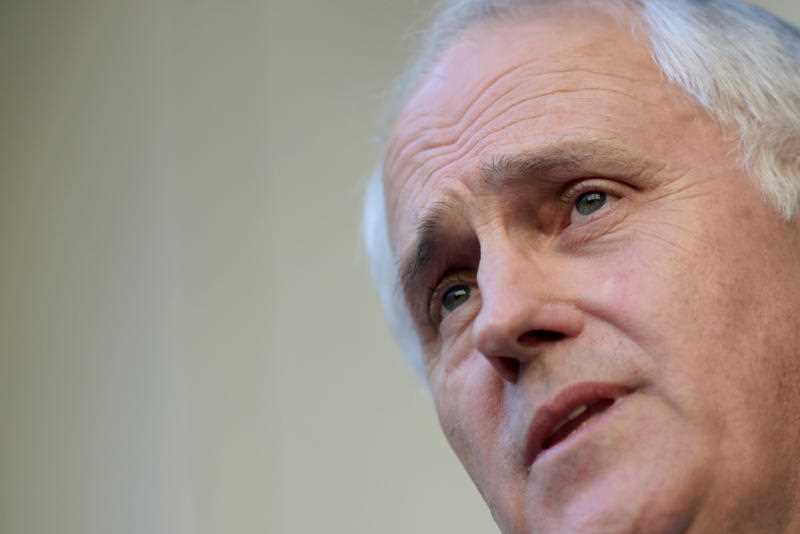 Well, it was a bad day at the office for stock players and, typically, newspapers have not only pulled out their old scary chestnut that some $55 billion was wiped off the value of shares, with the S&P/ASX 200 index down 190 points (or 3.82%) to 4918. Don’t get me wrong, this is a worrying development, especially when the source of the sell off was not on my radar as an issue. I will address that in a moment — but why don’t media outlets rave more when billions are wiped on to the value of our stock market?

Some journalists really don’t know how to do positivity!

And I had to laugh at one newspaper’s message to Malcolm Turnbull that the sell off was a warning that he has to take economic reform seriously.

Really? They don't think a Liberal Prime Minister doesn’t know about how uncompetitive we can be and what needs to be done to fix it? He knows, but not enough Australians want to go along for the ride.

That said, it was a good start for the new PM to put on a mini-summit on Thursday, involving business, unions and community leaders to have some dialogue and feedback on big issues, such as GST, retirement incomes, education, etc.

Let’s get back to this issue later. For now, let’s look at the Glencore stock market slug yesterday. Before we opened, the company lost 29% off its share price. While it was a bigger than usual dive, it has now lost about 60% over the year. Yep, it’s a company in trouble.

Glencore comes from Global Energy Commodity Resources and is an Anglo-Swiss mining giant registered in Jersey! In 2014, it was the tenth biggest company in the world, with massive shares in zinc, copper, grain and even oil. It produces and markets all manner of resources, but carries a lot of debt, though nothing like the $US619 billion that Lehman Brothers had before it tanked.

Some idiot journalist compared Glencore to Lehman Brothers yesterday, just showing how stupid some media people are. Anything for a headline and prominence!

Glencore is caught in a high debt but low commodity prices trap. That’s why a relatively unknown analyst from Investec in London was able to scare everyone with his concerns over the company. Once the market took him too seriously (because some smart market manipulators would have thought they could), companies such as Citi and Bernstein quickly weighed in with “you’ve gotta be kidding” responses but the damage was done. The backwash hit our star miners, who carry a hell of a lot less debt, but if Glencore was in trouble, then it could add to oversupply, risk and the interest rates miners have to pay.

So Glencore rebounded 16.9% overnight and BHP and Rio went up and so did the Dow Jones, which was up 0.3%. Can Malcolm rest easy?

No, but if, like me, he’s long shares, he should expect a better day for the stock market and his portfolio.

We will always be heavily dependent on resources and will always go through booms and busts but it is right to try to make us more diversified. Even so, when commodity prices rise, so does our dollar and that hurts businesses like The Byron at Byron Bay.

Gerry Harvey owns this and when our dollar was over 90 US cents, he told me he paid $48 an hour on Sundays for dishwashers! And it was more on public holidays.

He said at the time “and I am competing against resorts in Fiji, where the hourly rate is much lower.”

If the unions don’t get real about penalty rates, we won’t see businesses invest and jobs won’t be created. I don’t want dishwashers to be paid like US labourers but we have to get real. If we do, then more businesses will invest more, create more jobs and we all become wealthier.

If Malcolm wants to make his mark as PM, he has to be a great negotiator and consensus king, capable of bringing the country along for the ride. Hopefully then trade unions might be more helpful in creating a more diversified, less mining dependent economy.

Mining booms and scary Glencore stock market dramas will always affect us but the more diversified our economy is, the less shocking it will be.

One final point, Malcolm needs to talk about big changes but he doesn’t need to do any until after the election. We need 2016 to be a growth year, with no scary talk about GST increases and less generous concessions for retirees.

Growth first, reform next. Then this will give growth a chance down the track as well.